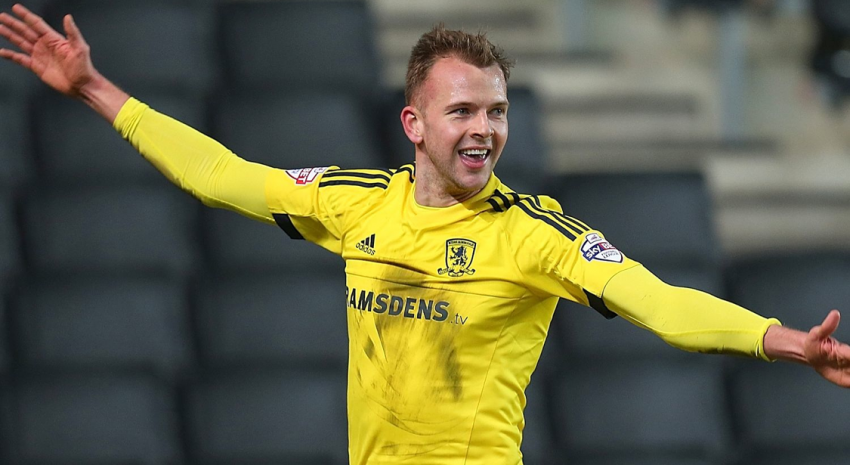 I confess: I have a bias here. If there’s one player I’ve coveted for Norwich City longer than I did Dean Windass, it’s Jordan Rhodes.

For most of the past decade, I’ve yearned to see him in a City shirt. In our Premier League days we could probably have afforded him, but his lack of top-flight experience may have put us off.  Back in the Championship, he was well beyond our financial means.

But just when I’d given up hope, there he is at Colney holding up the shirt and announcing “I’m a Canary now”.

There are concerns, of course. It’s a classic case – like Huckerby and many before – that if he was perfect, he wouldn’t be in our range.

Actually, Hucks isn’t the best example. It’s a case much more similar to Grant Hanley: a player previously lauded and transferred for large amounts, but in recent times out-of-favour and off the radar.

Most people know Jordan Rhodes has a sustained goalscoring record, but it’s worth a quick recap. He’s scored 95 goals in 207 Championship appearances, the bulk of them in a four-year stint at Blackburn where he played 159 Championship games and scored 83 times.

The thing that raises questions is the same thing that makes him available to us.  His appearances and goals have tailed off since he left Blackburn – initially at Middlesbrough, and especially in his time at Sheffield Wednesday.

He clearly isn’t a right fit there and, like a lot of strikers, he’s found it hard to make an impact when not picked regularly.

Is he past his best? I’ve seen asked. That really shouldn’t be the case.  He’s 28 – the same age as Grant Holt when he joined us – and hasn’t had chronic injuries.

Like Hanley, Trybull and Leitner, he’s hit a plateau. There’s an outstanding player in there, but it’s been suppressed recently. A fantastic acquisition for somebody, if they can rekindle his hunger and belief.

There are no guarantees, of course. But why do I think it might be a masterstroke?

First, no-one can doubt that Stuart Webber and Daniel Farke do their homework. They take a long look at a player like Hanley or Rhodes, assessing whether he’s a player that Farke can get the best out of.

There are two aspects to that assessment. First, personality and character. It’s no surprise to hear the kind of things that Daniel Farke is saying about Rhodes’ arrival. Not “he’s a goalscorer”, which we all know, but “he’s a brilliant character” and “he was desperate to join us”.

Second, the fit with our playing approach and style. Another question I’ve heard raised is whether he’s a Farke player. That seems a rather strange question, since Farke is signing him – in the full knowledge that, like Grant, Hanley, it’s a major financial commitment in our present circumstances.

Every player Stuart Webber has signed is a Daniel Farke player – with the exception of Marley Watkins who was signed before Farke’s arrival, Stuart clearly believing he shouldn’t let the chance slip away. (Well, no-one’s perfect.)

There are several players at Norwich who know Jordan Rhodes well, including Scotland teammates. They will have been sounded out about his character and desire, as part of Webber’s due diligence.

Whatever else it may be, this is not an impulse purchase.

Above all, he’s a proven goalscorer. Form is temporary, class – in this case, the instinct and ability to put the ball in the net – is permanent.

The stats bear out – somewhat to my surprise, but beyond doubt – that we created a lot of chances last season, especially after January when signings like Hernandez started to make their mark. Our big failing was the conversion rate.

Jordan Rhodes can make a major difference to that.

A couple of articles ago I questioned whether Webber and Farke could pull off a challenging trick: to make us more successful on the pitch while making the savings necessary to keep the club afloat.

For me, the signing of Jordan Rhodes substantially increases the possibility of a positive answer to that question.