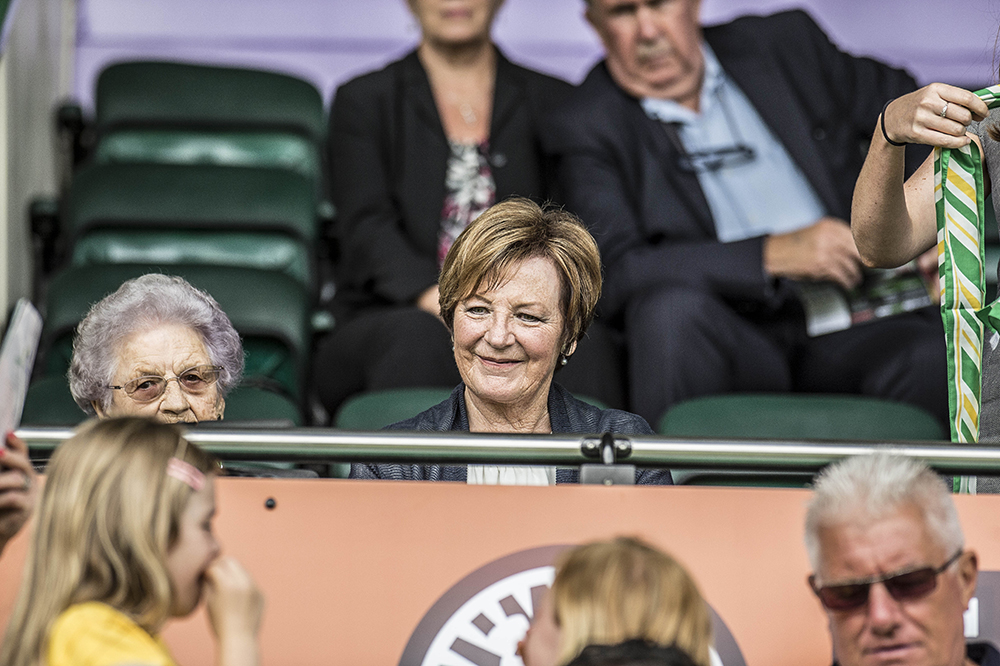 When I read Stewart Lewis’ piece about he and his wife Barbara’s discussions on all things NCFC, it struck a few chords and, in many places, gave me a fit of the giggles – as did some of the comments thereafter.

It made me realise that when your partner is also a City supporter, perspectives can be quite different, but my experiences have been slightly different to Stewart’s.

My good lady, Sue, is a Norwich girl through and through, born in Livingstone Street, and has followed City all her life. She taught this “incomer” – I’m not really but that’s another story – what it means to put your parts on, be a big ninny and the history of “Black Anna” and several more of the City pubs and more splendid buildings. And much more besides.

We were both individually at Wembley in 1985, 15 years before we met.

However, she thinks tactics are those overpriced plastic containers of mints on sale at petrol stations. Tiki-taka? Probably a rare bamboo (she’s a keen gardener).

But her philosophy is so refreshing. She wants us to score goals, not concede them and thus win matches. She knows the players of course and reads the game in a totally different way to me. Sue can spot a player who isn’t putting a shift in better than I can. Can’t she Nelson?

Best thing is though, when the game’s over, there’s no sulking from her side – if we lost, we lost. Move on. She’s got pictures to paint, dogs to walk and all the other things she enjoys so much more than football. She’s Norwich and proud but that’s really where it begins and ends. So, I can wallow in my own depression without having to discuss too much in detail.

Sue very rarely accompanies me these days apart from the odd away trip, but she knows exactly the mood I’ll be in when I get home from a match. I’m usually greeted with “I told you so”, “Bet that was good” or occasionally “Why do you keep spending your money on that carp”.

She doesn’t often read my articles let alone proofread them, so poor old editor Gary is my only shield against typos. Something tells me she might read this one though.

She’s certainly had her moments. 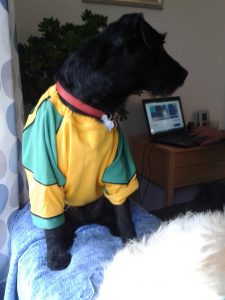 Through circumstances, I went to the Boro play-off final on my own. I met lots of folks I knew both around and in the ground of course. I was so knackered that day I had to get a cab back home from the train station. When I crawled through the door I found Geezer the dog resplendent in an NCFC shirt – she had bought a child’s size from a charity shop and as soon as the whistle blew she ran it up on the sewing machine and there it was. A wonderful thing to come home to.

Then there was the abortive play-off final in Cardiff. Possibly the only time we’ve ever gone away on a coach. It was organised by the Hellesdon Bull and we had an overnight stop in the H*l*d*y Inn in Bristol. When the coach driver slung us out in Cardiff at about half eleven in the morning the pubs were already heaving and the bouncers were not letting any more people in.  Anywhere. Suddenly she spotted that green and white sign 200 yards away – a H*l*d*y Inn. In we went but their doormen said no chance. Quick as a flash she produced our old room card with finger carefully located over the word “Bristol” and we were in.

Now I would never have thought of that.

The place was full of Bluenoses, but we found a Norwich table to sit at and enjoyed a thoroughly pleasant pre-match libation or six with some top-notch City supporters. Actually, the Brummie fans were great company too for what it’s worth.

And the youth cup matches (Forest and Chelsea home, Chelsea away) we went to were probably the most enjoyable City games we went to together.

To veer slightly back to Stewart’s piece, there is one discussion we do have at home on an occasional but consistent basis. Regular MFW readers will know I am not exactly an active supporter of the Smith regime, but Sue defends Delia to the hilt. We argue about lots of things (don’t we all) but she is quite an admirer. It stops short of vitriolic as it must, but it can get a little heated on occasions.

Sometimes she puts her parts on.