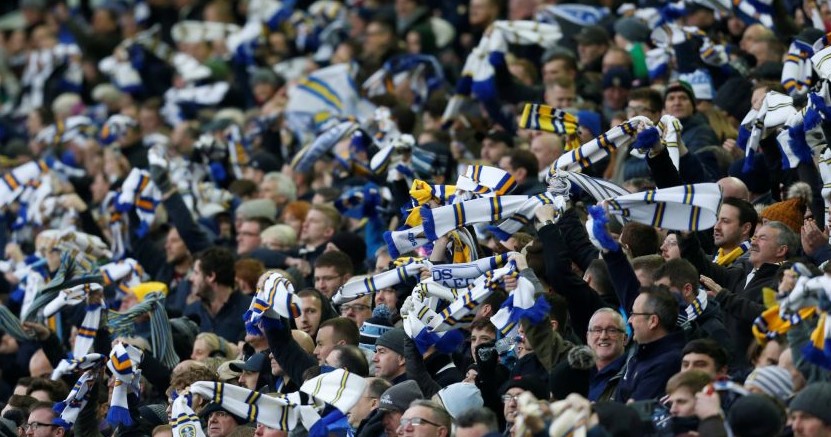 Wolverhampton based City fan, Don Harrold – a regular and fine MFW commenter – popped up on the guest blog last season and was also our spy on the ground in his hometown for the City games. Today he answers the question in the headline…

As I look forward to the season, part of my mind turns toward the teams I really don’t like.

As a Norwich fan there are of course two clubs I am duty bound to despise. I am more than happy to go along with this. I guess the vast majority of MFW readers will agree that I shouldn’t waste time and energy writing about the demerits of little 1p5wich and Wolves (although my dislike of Wolves is far less than any of the other teams mentioned in this column).

Way ahead in my list of clubs I wish bad things for is The Rangers Football Club. This lot were formed in 2012 from the ashes of a defunct organisation which was even worse. Although they have never won any of the major Scottish domestic honours and their most notable result in Europe was to be knocked out of Europa League qualifying by Luxembourg’s fourth-best team, their fans claim some kind of superiority.

A more ridiculous bunch you couldn’t find. There are so many reasons I feel resentment towards this lot but I don’t think this is the forum to publish them; suffice to say I hope this bunch end up in the same mess their forefathers did and quickly.

West Ham annoy me. Despite the fact that they have only won three trophies in their history – the last one being before I left school ( I have had grey hair for more than a decade) – and their highest league finish being third in 1986, they are venerated as being some kind example of things that are (or were) good about English football.

I think this is because half the written press, especially the journos of the papers I would never buy, seem to be WHU fans and the fact they supplied three players to the England World Cup winning team. I can only say that the rest of that team must have been pretty hopeless as they finished thirteenth that season and everyone knows that Martin Peters’ true glory days were from 1975-1980.

I don’t have space to describe my disgust of the fact that we all get to buy them a stadium that their fans continuously moan about. David Sullivan, dressed like a dancer from a Cossack themed music box, is an embarrassment who seems to like to undermine whoever the incumbent manager may be. I’m always glad when they have one of their regular relegations.

Everton are a club that I dislike for only one reason (two if you include them wilfully selling us Naismith). They had a brilliant team in 1985, so good that they won the league by thirteen points. This was before all the final day fixtures kicked off at the same time and Norwich finished the season on the Saturday on 49 points which left us two points above Coventry who were in the third relegation place.

However, Coventry hadn’t played the final game and faced Everton at Highfield Road (great stadium that they shouldn’t have left) at about lunchtime on the Sunday. Some friends and I gathered in the Ber Street Gates to listen to the game on the radio (different days indeed). To say Everton didn’t turn up would be inaccurate; to say that many of them turned up worse for wear after partying all night in Birmingham would. Coventry easily beat them and we went down on what remains the highest points total any top-flight team has ever been relegated with.

I know I shouldn’t feel ill will towards Huddersfield and my dislike of them is almost certainly short term. I can accept that they got promoted; I can accept that they stayed up (although much of their football was so terrible it made City under Hughton look like Brazil in 1970). But what I can’t accept is that Norwich should strive to be anything like them.

We have got Stuart Webber, who helped build the foundations of the ‘success’ the Terriers enjoy now, but that doesn’t mean we should constantly be bombarded with ‘that’s what worked at Huddersfield’ comments. Previously we were told that we should aim to be like Charlton and Portsmouth; I didn’t look enviously towards them, and Huddersfield’s position will probably be just as transient. And don’t even talk to me about Alex Pritchard.

Talking of transient, my dislike of Sheffield United will end when Chris Wilder leaves them and will almost certainly follow him to his next club.

This doesn’t apply to their Yorkshire neighbours, Leeds United. Their fans have the most unearned superiority complex in the game, they take managers who are doing well at other clubs then fire them after about seven games, have gone into and out of administration even more cynically than little 1p5wich and pretend that they’re football royalty.

Although they are able to get crowds of 36,000 if things are going well and the other team brings a few thousand, they are just as likely to get 16,000 when things are going less well. I can find no redeeming factors for this outfit.

The list I’ve made is not comprehensive and will be added to or taken away from as circumstances change. I look forward to seeing the teams that make other MFW readers seethe and the reasons why.

If the season starts well and I gain a feeling of positivity (and if Gary publishes this) I will write a column of teams I quite like, although the cohort available is far smaller.

Singing From the Nest #SFTN@SFTNest·
50m

17th June it is, then. That's when the great escape begins 👀

Let's just get these games over with and hope there's some modicum of normality ready to return next season, whichever league we play in. #ncfc

Oh and of course we have players who’ll be joining us and not able to play until next season. How does that work? Can they train with us from July? #ncfc