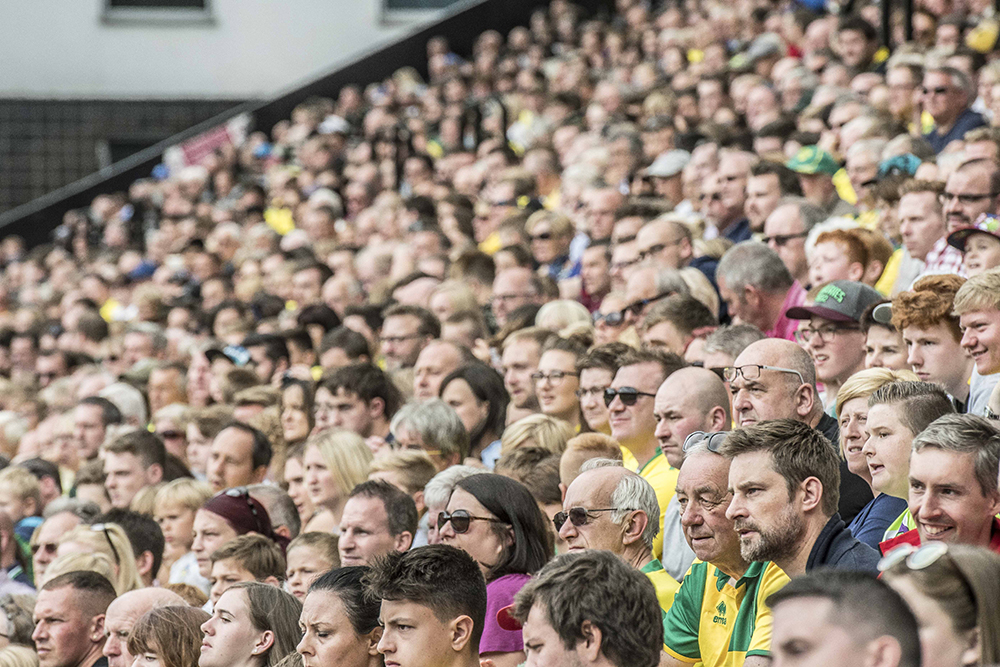 “Were they at the same game?”

It’s a question we might well ask of the EFL specialist paper (!) which reported City coming back “from 2-0 down” at Birmingham.

But it’s also a question that springs to mind reading social media and online forums – and indeed, reaction to Gary’s match report here.

In a nutshell, we’re all looking for a more positive and purposeful approach from City this season.  How much of what we want did we see at Birmingham: a lot, a fair amount, or none at all?

Reading the postings and comments, there seems to be plenty of support for each of the three views.  Where does the truth lie?

As a clue, it’s notable that some of the posts proclaiming no progress at all began “I wasn’t at the game, but…”.  Nonetheless, there was clearly a genuine divide of opinion on the Saturday’s evidence.

For what it’s worth, I’m in the “fair amount” group. There were times when City reverted to the slow passing of last season, with a seeming lack of urgency. But it was far from the full story.

We mixed it up in a way we didn’t last season, and there was a good deal of more direct and purposeful play. It wasn’t a coincidence that we had more shots than any other away team in the Championship on opening weekend.

Moreover, it’s clearly a deliberate strategy. Those claiming that Daniel Farke is wedded to a negative and defensive strategy must surely have a problem with what the club is doing.

If he was wedded to such a negative approach, there are many players he could have signed during the last two windows. But they certainly wouldn’t have been Hernandez, McLean, Srbeny, Marshall, Pukki, Rhodes and Buendia. The primary aim of our recruitment in 2018 has clearly been to add pace and intent to the team’s attacking.

There’s reason for us to look forward to seeing this team at Carrow Road, starting on Saturday. However, that takes us to another issue. As I’m known for optimism about City and the glass being (at least) half full, let me highlight a major challenge for Daniel Farke and his team.

That was our home record last season. Not only wasn’t it fun to watch, it couldn’t be called successful by any standard. Our away record wasn’t far short of the top six, but our home record ranked 17th in the table.

So, it wasn’t Fortress Carrow Road in Farke’s first season; that has to change in a major way if we’re to have a shot at the success we crave.

For all our differences of view, I reckon we’d find a consensus that the key to improvement lies in positive intent: pacy and purposeful development of attacks. Unlike last season, Farke now has players of his choice who can offer him that option.

The change may not be as immediate or radical as some would wish, but I suspect we’ll see a tangible difference from last season’s fare. We have a right to expect it – and hopefully, it will translate into results.

Having mentioned social media at the top of this piece, let me return to it/them. It’s a topic I’ve been mulling over recently.

Despite denials to my wife, I’m something of an addict these days.

A number of articles have argued that we’d be happier without Twitter, Facebook and so on. It’s probably good advice, especially for men where testosterone tends to kick in during social media exchanges.

But I’ve no intention of following it.

All the bad things attributed to social media are true, and some of us certainly carry on conversations beyond the point we should have realized they’ll lead to nothing but frustration.

Yet, there are two saving graces.  Many conversations end in stalemate or worse – but some don’t. I tweet mainly on politics (which we rightly don’t discuss here) and football; in both cases you actually ‘meet’ some people with whom you can have informative and enjoyable exchanges.

The second is arguably the real saving grace: the brevity imposed by Twitter is conducive to humour.

It’s probably true, as someone said, that “For every action there’s an equal and opposite reaction – and a social media overreaction”. But that observation itself shows the potential of social media for wit.

Closer to home, one of our fans (a reader of this site, I believe) had a memorable reaction to the new third kit: “Even though it looks like a traffic warden who’s been run over multiple times by an irate motorist, I rather like it”. Nicely said, sir.

The hot weather inspired one or two rather good offerings: “Placing your genitals in the freezer for five minutes lowers your body temperature quicker than anything else. It’s also the quickest way to get a lifetime ban from Lidl.”

One or two I enjoyed, though I hope they won’t rebound on us. “It’s not Patrick Bamford who needs a medical at Leeds – it’s the guy who agreed to pay £7m for him.”

The most plaintive recent post was, perhaps, from a football fan in the North East. Reacting to news that ISIS was finding fresh recruits in various parts of the UK, he posted “FFS! Even ISIS is having a better window than Newcastle.”

Good luck to him.