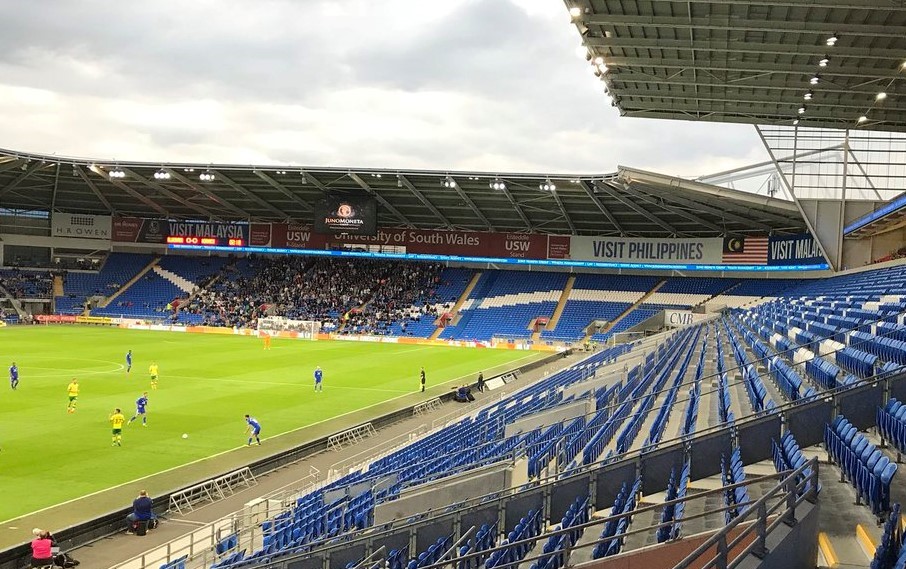 ‘No changes for either side at HT. Probably because there were enough before kick-off.’

A direct quote from Archant’s Michael Bailey of course but it does kind of sum up the way this “competition”, aka the Carabao Cup, is viewed by managers and head coaches across the footballing spectrum. Give the squad players some game time appears to be the mantra.

But I think we got a lot more out of it than Cardiff did. For a start it’s always pleasing to beat a Colin side. Any Colin side. The clubs conspired to choose 19 selection changes between them but there were certainly far more positives for those of a yellow and green persuasion.

First of all, hats off to Max Aarons and congratulations on your first senior goal. A very cool finish as well, it must be said.

And the enigmatic Dennis Serbny pitched in with a couple of crackers; an emphatic drive from 15 metres and a far-post header that he made look easy from a delicious Stiepermann delivery.

Tetbull offered real stability and despite Cardiff’s single late reposte we never looked in danger of slinging this one away.

So where does this leave Daniel Farke for Sunday?

If he does, on last night’s evidence there is a trio of young guns battering down his door for inclusion in the form of Emilio Buendia, the aforementioned Aarons and most pertinently Ben Godfrey.

I guess they’ll all revert to the bench, along with Serbny, but they can all consider themselves slightly unfortunate. I suspect there is a fine future ahead for all three of them but I’m not the head coach so do not know precisely when their time will come.

The idea of Aarons and Jamal Lewis in tandem as our full backs/wing backs appeals to me very much indeed.

The raft of changes last night also indicates to me that Farke understands all too well the importance of Sunday. As Gary, myself and several MFW posters have said, many of the natives were getting very restless as we left the ground on Saturday.

Listen guys, not only can we not afford to discharge Farke and his entourage I don’t believe we should. We are going nowhere this season so surely they should see their contracts out. We might yet be pleasantly surprised. I did say might.

I am going to have to end by saying there are lots of folks rumouring the Russell Martin-Matt Gill pairing as our next management team. Now the thought of that ever becoming reality is enough alone for me to want Farke and Co to remain.

I really do not know where these rumours come from, but that is one I hope is false.

So, come on Daniel, beat that lot down the road, rise us up the table like a phoenix and keep your job. The aforementioned alternative bears no contemplation on an empty stomach.