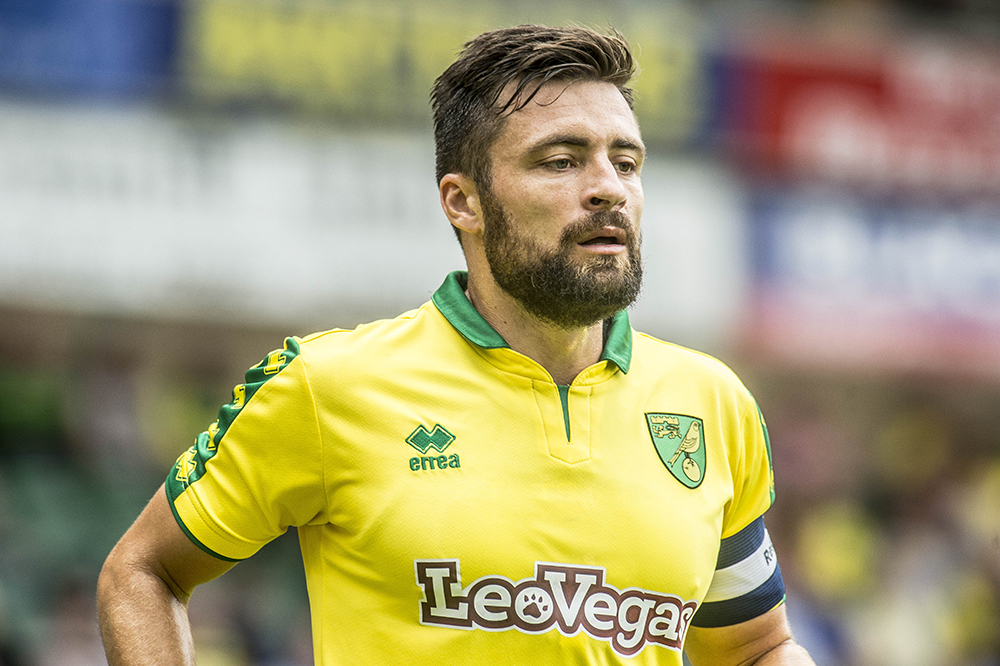 There have been lots of nice words said and written about Russell Martin since his departure was announced, every single one of them deserved, but I did start to nip up a bit when by the end of the week the subject started to do its usual 180 and the club started getting flak.

Some folk are really angry over the way Russ has been treated, citing Daniel Farke and Stuart Webber’s collective inability to manage the senior players. But I’m not so sure there’s a case to be answered.

As a player, Russ was at his best when – as Melissa Rudd put it in her fine EDP column – he was making those ‘marauding runs from right-back’.

That was him in his pomp and is the Russ I’d like to remember. The one who epitomised the Lambert years, who had the ability to time those surging runs to perfection (as gloriously demonstrated in that away way win at that place when he scored number four) and who could snuff out the threat of any tricky winger put before him.

Of course, he was also erudite, eloquent, brave, kind and unafraid to put his head above the parapet when others cowed away, but it’s as Lambert’s second lieutenant and a steady Eddie right-back with a penchant for getting forward that will, for me, be his City legacy.

And he’ll be back.

His dalliance with centre-back was, for me, an unneeded step and was one that ultimately tarnished a reputation that would otherwise have been unblemished, although – not for the first time – maybe that was just a blind spot on my part.

Successive City managers picked him to play there, so too successive Scotland managers; so those far more qualified than me saw something. Farke too saw something and, with Webber, decided early in his reign to hand Russ the captain’s stripes – but that was all undone quicker than anyone wanted in that horrible afternoon in Bermondsey.

What’s happened since has, understandably, been a little awkward for everybody but it’s a pro game with little room for sentiment and so to have included Russ in the summer training camp with the first-team when there was no chance of him playing would have been disingenuous on both sides.

That Russ embraced his time training with the Under-23s and used it to guide and encourage is simply a mark of the man.

In an ideal world, he’d have found a club before the end of the window and made the move but, as I understand it, because that didn’t happen both parties agrees that a mutual uncoupling was the best way forward, freeing Russ up to negotiate a deal that suits him and his family.

And it was also a mark of the man that he rode off into the sunset with his head held high and without even a hint of bitterness, despite what he may or may not think privately. Dignified to the last.

But I’m not sure, in the circumstances, how the club could have handled it differently. And I certainly don’t think Wes, for example, will feel as a senior player he was treated shabbily by Webber and Farke. Farewells like those afforded to Wes and John Ruddy are rare in football.

The back door rather than a big send-off tends to be the way in the modern game – not through choice but through logistics.

I don’t know Russ personally, but I think he will have understood.

The Sheffield Wednesday band pitched up at Carrow Road on Thursday for the England Under-21. You’ll probably have heard.

They’re a marmite bunch; a few must love them, quite a few loathe them, but there’s little doubt that they do add noise and a certain something to any game they attend.

Games that have drifted off into being nothing much at all are at least spared the periods of polite background murmuring – those which we have become all too familiar with at Carrow Road –  and can be quickly filled with a chorus or two of the Dambusters’ theme, Rule Brittania and whatever the hipsters’ tune of the day is.

But they did get people talking, arguably more than the game itself, and reignited the debate around the Carrow Road of 2018 and it’s librarian tendencies.

Now, I’m not typical of the ilk to be involved in this debate, 1) because I wasn’t there on Thursday night and 2) I’m not one of your ‘sing your heart out ’til you’re blue in the face for 90 minutes’ merchants, so am not best placed to comments on what is and isn’t needed to make Carrow Road a cauldron. But I do acknowledge it needs improving and I applaud those who are trying to make it better.

The efforts of Along Come Norwich and Barclay End Norwich deserve support from all parties and while some things will work and take off – hopefully then playing a part in an improved atmosphere – there are others that will be tried and fall by the wayside.

That’s the nature of the beast; ditto what works in, say, Selhurst Park may not work in Carrow Road. But’s let’s keep the debate civilised and remember that there is room for a good atmosphere and folk of a certain age.

I cringe at references to the unhelpful demographic of our support as being a major factor; as if an upper age-limit would free up tickets for the younger generation and somehow organically turn the place into The Westfalenstadion.

If anyone wishes to explain this theory to my 83-year-old dad they’re most welcome.