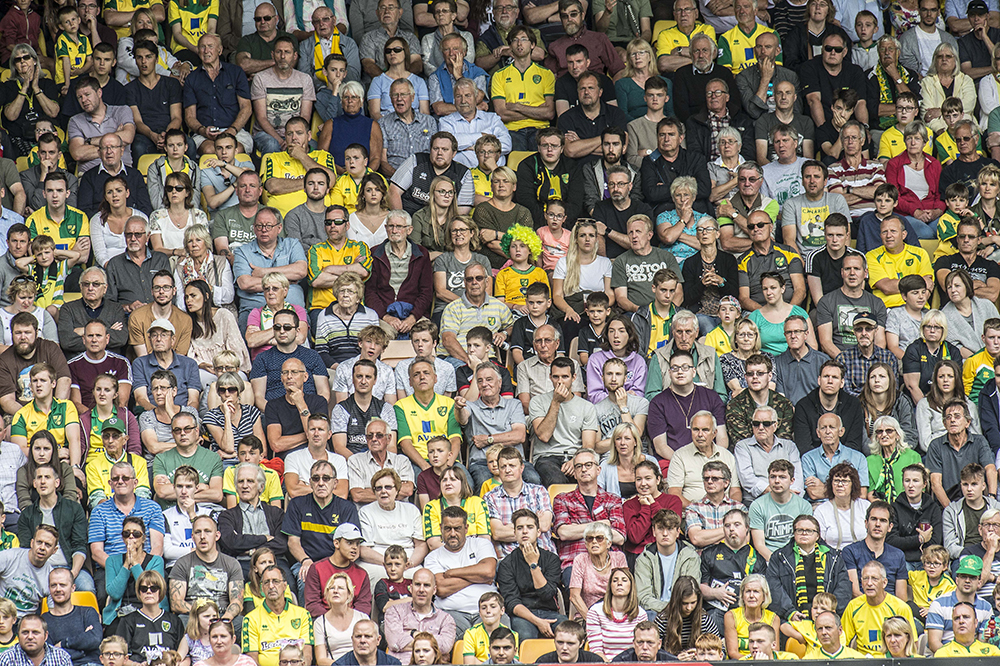 Modern football has become invested by wealth and power; it’s difficult to deny that. The higher you climb up the football pyramid, the more the game is influenced by the aforementioned factors.

It’s worth remembering that after the horrendous incident at Hillsborough and football hooliganism in the 1980s, that English football was belittled by politicians and firmly sat in the doldrums of society.

This, combined with a desire to make a more exportable and reputable product, led to the creation of the Premier League, which Sky will have you believe was the birth of football.

That decision – to create a 20-team league and pump it full of commercialisation and TV revenue – has created a bubble so significant that being in it can result in the reward of millions of pounds.

There have always been sceptics who state that the rising finances present in that division will cause it to implode but, for now, it keeps inflating and is a product that the UK can export to consumers around the world.

If we class it as a project, it has been an unprecedented success.

From the backbenchers to leading the way in regards to consumers and audience-reach.

With it, so too has the mentality. Football clubs like Bournemouth, Burnley and Crystal Palace have become Premier League regulars, leading to a shift in a mindset of those who run the club to those who pay to consume the content on the pitch.

Palace act as a suitable case study as to how this mentality has evolved, from appointing Sam Allardyce to help grind results out in order to solidify their league standings to then wanting sexier football. This change of demand is present in a lot of clubs across the land.

Although Allardyce left of his own accord, the top brass at the club wanted to revolutionise the football philosophy on the pitch, making Palace, potentially, a more aesthetically pleasing football club to watch on the pitch.

Frank De Boer was appointed as Head Coach and patience was being preached by the top brass at the football club.

De Boer operated with a three at back and an emphasis on possession-based football. After four matches, losing all of them and failing to score a goal, De Boer found himself unemployed and Crystal Palace found themselves back at square one.

This is merely one example of how the mentality of supporters has changed. Insert your own, including West Brom and Tony Pulis, then repeat.

It’s simple to blame the proliferation of social media for this fact, but there are more factors than simply the development of technology.

Twitter, Facebook and YouTube are now platforms where supporters can vent, abuse and get closer to players than ever before. They have become echo chambers though, and with opinions being heard and consumed comes expectancy for performances.

Supporters are louder than ever, and that translates into pressure. There is almost a waiting game for a fall and descent into disarray, some online platforms boost viewership upon a loss. Losing breeds consumption as supporters look for a way to release anger and agree/disagree with views.

That’s not unhealthy. Football simply has an added dimension which has positive and negative value; football has been both enhanced and devalued by social media and technology.

Supporters now have a desire to witness entertainment and value-for-money alongside winning performances.

Literally, supporters are closer than ever to players, yet the distance couldn’t feel further away.

They are wrapped in cotton wool, drowning among sponsorships and ludicrously high wages. While it’s harsh and wrong for supporters to say they don’t care, there is no escaping that after a loss they go back to plush mansions in their Range Rovers and are allowed to hide and recuperate.

That’s not their fault, but it’s the inner workings of a system that gives players far too much before any sort of achievement.

Clubs have evolved. From once representing communities and cities to becoming major companies tasked with turning over profit. This process has seen the supporter’s role change significantly.

Football matches are now somewhat of an event as opposed to a game; supporters are now consumers, taking pictures of opposing managers and capturing goals on videos while creating over exuberant and pre-planned celebrations.

The amount of pressure is cranked up by the circumstances that contemporary football is being bred within.

Managers aren’t provided with the time required to construct consistent success due to the rewards being high and expectations of supporters being even higher. Increasingly expensive season and match tickets mean supporters now want to consume entertainment in the same way they do while going to the cinema or theatre.

That is a potential reason for the lack of atmosphere in many grounds around the country.

Alongside an ageing demographic at some clubs, coupled with the influx of tourists attending big football matches, expectation for entertainment can result in disappointment when this isn’t delivered. Styles of football deployed by Pulis and Allardyce are now considered anti-football.

Growing up in contemporary football has been a great thing.

I’ve fallen in love with the game, in the same way as many youngsters who are introduced to football. The game is flawed, however, perhaps more now than ever, and being a supporter has changed, particularly within the glamour and wealth of the Premier League.

Football is a game to be adored and cherished and is there to provide dull weeks with an injection of purpose and emotion, but that shouldn’t be at the expense of or in exchange for the definition of supporter.

What do you reckon @BlackpoolFC fans? Can we raise our game on Saturday against @NorwichCityFC? or do you fear the worst?

Michael Spillane scored our 2009/10 Goal of the Season #OnThisDay 13 years ago against Leyton Orient. #ncfc #otbc

On this day in 1993.
The Canaries are in Europe (Holland to be specific).
Vitesse Arnhem 0 vs #NCFC 0.
The Y&G army put on their best denim for the Nieuw Monnikenhuize Stadion and shouted the boys through to round 2.

Strewth! Retwatted for those at Carrow Road recently. Now, this would have slightly enhanced the HT entertainment. Involving visiting fans in a game of catch. #ncfc #wba