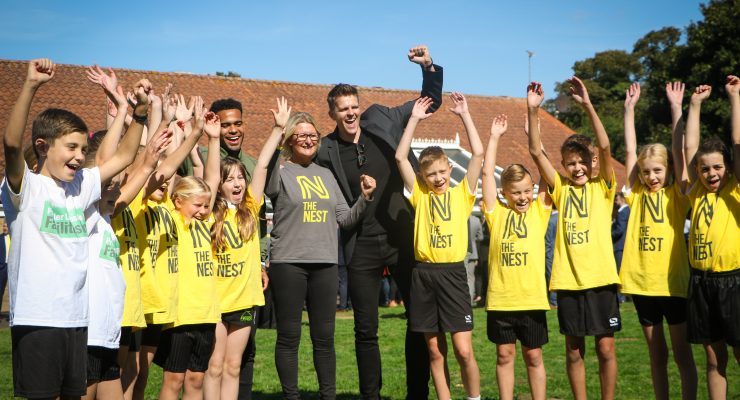 You may think, as I did, that you know the Community Sports Foundation.

I thought CSF was largely, if not exclusively, about giving young people a chance to play sports.  Nothing wrong with that, of course – but it turns out CSF is about much, much more.

In a nutshell, it’s about giving a range of people across Norfolk – and an astonishing number of them – a chance to realise their potential and improve their lives.

I’ll come back to that, but first a diversion to The Nest.

Some readers may recall that I wrote a year ago from a derelict and abandoned wasteland.

No, not Portman Road.

It was the old Anglian Windows Sports & Social Club near Norwich Airport, long since left to the ravages of nature and now acquired by the Community Sports Foundation.

An estate agent would have said it had potential.  Which we know translates as “it needs a lot of bloody hard work”.

Well, a lot of bloody hard work has gone into it over the past year.  Today it’s a beautiful facility of seven football pitches, a fully equipped clubhouse and accommodation.  The pitches are full of young people – girls and boys, all ages, some athletic and some less so – being coached and encouraged by CSF staff.  In the six weeks since it opened, it’s been used by over 2,000 people.

That’s just Phase 1.  Phase 2 is considerably more ambitious: the creation of a floodlit 3G pitch and the building of a sports hall and gym with classrooms and other facilities.  CSF already helps some 38,000 people every year – an outstanding number, but many more could benefit from its services.  When complete, The Nest will raise that figure to 50,000. 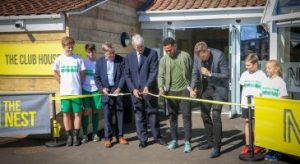 The talk of pitches and gyms might suggest it’s all about sport.  Certainly, a good chunk of CSF’s work is about helping people get more active and enjoy the benefits that go with it.  However, what it does is deeper and broader.  In various ways, it provides support for people facing a range of physical and psychological challenges, from cancer to mental illness.

The Nest is about CSF being able to offer a safe and nurturing environment to help people re-build or improve their lives: being supported, gaining self-confidence, developing skills, realising their potential.

Phase 1 tells us that CSF can turn its visions into reality.   Phase 2 will happen as well, but it doesn’t come cheap.  Specifically, it’s going to cost £9.4 million.  Just a little more expensive, but infinitely better value, than Ricky van Wolfswinkel.

Almost £7 million will come, all being well, from a range of funds and grants available from various sporting and government bodies (there’s competition for those grants, but they’re much more likely to come our way in the light of CSF’s record of achievement).

So, around £2.5 million need to be raised closer to home – from business sponsorship and individual donations.  Fundraising events like Run Norwich contribute significantly, but more is needed.  The football club can’t give direct financial assistance to CSF – another thing I learned – but helps through, for instance, the Legends game with Inter Milan.

Actually, the club supports CSF in every way it can.  This isn’t the place for an essay on football clubs’ relationship to their communities, but it is especially important for Norwich City and the Norfolk community.  Stuart Webber, Steve Stone and Tom Smith made time to attend the official opening of The Nest’s Phase 1; I wonder how many other clubs would have that kind of commitment? 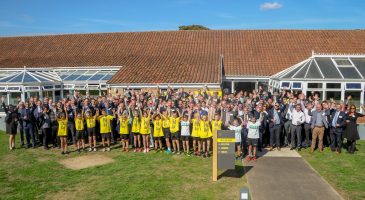 The CSF fundraising team is working flat out.  What can we do to help?  We may not have a spare million down the back of the sofa, but we can support CSF fundraising activities (there are plenty) and help draw attention to the sponsorship possibilities.  Does any organisation we know have a chosen charity it supports, and we could suggest The Nest?

Above all, it’s a project we should feel good about.  CSF’s work at The Nest is nothing short of inspiring.

Jackie Thornton, CSF’s Head of Development, tells of a conversation she had.  “You’re brave to be trying this”, someone told her about The Nest.  “We have to do it” was Jackie’s reply.

CSF is brave to be doing it.  Where we can, we surely have to help.