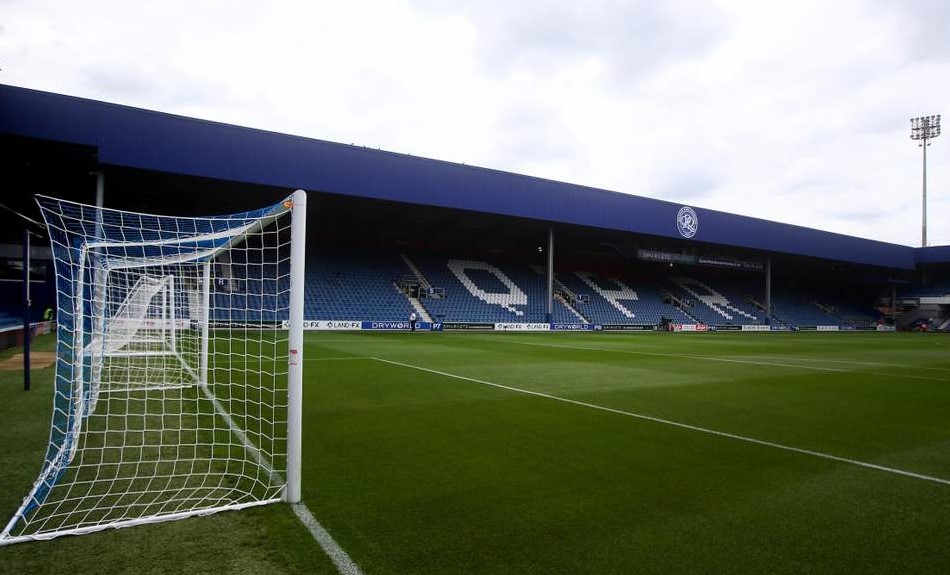 Ahead of tomorrow’s fixture at Queens Park Rangers, Connor was joined by LoftForWords writer Clive Whittingham for a chat to preview the fixture.

Clive, thanks for joining me ahead of this fixture. Let’s start at the beginning of a summer of change at Loftus Road, with Ian Holloway departing for Steve McLaren. On the outside at least, that decision seemed bizarre. What was the thought process behind that?

CW: There’s a lot to this one, and the fans were split down the middle.

Ian Holloway was brought in with a remit of maintaining Championship status while improving the football from Jimmy Floyd Hasselbaink’s snooze-a-thon, reducing the wage bill and blooding some of the talented youngsters we have coming through in the first team. He did that, and for me probably earned the right to show he could take us on another season and progress it further.

We were losing another chunk of senior players this summer, but Holloway had eyes open on that, knew it was coming, had planned for it. Steve McClaren is well liked at QPR because of a good coaching job he did here while that t0sser Redknapp was phoning it in, but we’d spent £100m on that team so it’s a very different situation to now and his record as a manager is chequered at best.

All that said, Holloway did a lot of things that frustrated, and there were few signs that those would change or improve.

His team selections were baffling, maddening – we’d beat Sheff Wed 4-2 on the Tuesday and he’d drop MOTM and goalscorer Paul Smyth for the Saturday and we’d lose 2-1 to Preston.

He was also prone to some mad outbursts, calling out fans who’d left early in the derby with Brentford, basically inciting a riot in the away game at Millwall. That behaviour did not sit well at all with our owners. There was a feeling at board level that the young kids we’ve got coming through would benefit from a more ‘grown up’ approach and better coaching.

The change looked even more bizarre considering those early results… Why did those happen and was it something that could have been prevented?

We lost a lot of senior players over the summer.

Our excellent goalkeeper Alex Smithies has gone to sit on Cardiff’s bench, our two first choice centre-backs (Onuoha and Robinson) were out of contract and on big money so we couldn’t afford to renew, James Perch and Jamie Mackie were also released.

That’s a lot of experience, ability and dressing room presence to go out of a club at once, and the financial constraints made replacing them difficult. Holloway and head of recruitment Gary Penrice knew this was coming and had targets lined up, but McClaren coming in tore that up and started again, with the new manager wanting to see what he was working with before making additions.

Consequently, we started with a squad very thin on the ground and it’s only with some business late in the window(s) to get Tomer Hemed, Nahki Wells, Angel Rangel and Geoff Cameron through the door that things have improved.

Those drubbings early on would have certainly of seen his odds drop to be the first manager sacked… He has brought in experienced heads as you say, have them helped and has the consensus around McLaren changed?

Well, he was getting the full ‘you don’t know what you’re doing’ treatment from a sparse crowd when we got done 3-0 at home to Bristol City straight after the 7-1 at West Brom.

We haven’t started with four league defeats before in the history of the club. Credit to him though, he was pretty calm, kept repeating that things would look very different in a month, and so they do – ten points from 12 since then.

He’s signed Premier League players to do it – Holloway would have killed to have Hemed and Wells in his team – but it’s still a very creditable recovery given the absolute state we looked to be in four weeks ago.

So far this year we’ve seen Birmingham, Bolton and Aston Villa struggle to cope with the financial side of the game, the ‘R’s have had their own troubles, is that something which has stabilised? Norwich supporters too understand how straining they can be.

The finances have actually been getting a lot better under our excellent CEO Lee Hoos who we picked up from Burnley – the absolute kings of running a successful club on a shoestring.

Loftus Road is ageing, and we rent two separate training grounds in the most expensive part of the country for property – the club costs more than £9m a season to run before a single salary is paid, and our season ticket income is around £5.5m.

Once our parachute payments end at the end of this season, without a return to the Premier League the only way we’re going to be able to compete at this level while we await the long, drawn out conclusion of our attempt to build a new training complex in Ealing and a new stadium at Wormwood Scrubs, is to consistently find and develop talent and sell it on for James Maddison money.

Ebere Eze is the great white hope for that at the moment, but there are others like Paul Smyth and Bright Osayi-Samuel that, like I say, McClaren was meant to be coming in to develop who aren’t currently in the team.

Seems financial stability in the Championship is reliant on shifting players for large sums of money now. What about at board level? There’s been unrest at QPR for a while but Tony Fernandes has stayed despite those thinking he’d depart after relegation… How are supporters feeling towards those occupying the boardroom?

We’ve had a change there recently.

We’re still owned by the Malaysian Tune Group. Tony Fernandes has been the public face of the club for the last few years but actually it’s his partner Ruben Gnanalingam who owns the majority stake and is bankrolling the club’s losses – which are just about within the FFP limits, thanks to Hoos’ ongoing, brutal cost cost-cutting

They’ve made a huge number of mistakes, wasted a lot of their own money, and also pi$$ed away three lots of Premier League prize and TV money that could have set the club up for a generation.

Fernandes is very active on social media and copped some horrendous grief from the mouth breathing element of our support on there. For all the mistakes and f*ck ups, there was just no need for some of the stuff you saw on there, and in the end he got fed up with it and installed Amit Bhatia as chairman while taking a back seat.

Tune still own the club, Bhatia has a small stake, but he’s very popular at QPR – he ran the club during the Neil Warnock promotion season and really seems to get the place. So we’re all very glad he’s back in a hands-on roll. Hopefully it goes, as well as it did last time.

Finally Clive, all of the good stuff, what’s your prediction and suspected line up for QPR?

I think we might win 2-1. Nakhi Wells is due a goal with his performances.

Line up is difficult because we switched to a 4-2-3-1 again last night and it went well so we might stick with that.

Cheers, as ever, to Clive for his time.

Penney predicts: I’m going to go for a draw again. QPR are resurgent and we’re doing really quite well just now too. It’s a 1-1 from me. (and well-done Stew for getting off the bottom of our table).

Andy assumes: QPR are at home but 4 wins on the spin are as far as they can go. A surprise win for our boys – 1-0 City.

Gaz (G) guesses: Three wins on the bounce feels a little too good to be true and QPR’s upward curve is even more upward than ours. Head says ‘narrow defeat’ but can’t bring myself to say it out loud – so 1-1.

Cookie concludes: My natural pessimism means I can’t bring myself to forecast another victory. Still think we’ll be good for a point. 1-1.

Stew suspects: Stiffer opposition than Reading.  Fatigue/injury may catch up with us a bit. A decent 1-1.

The oppo’s opinion: I think we might win – 2-1 QPR. Nakhi Wells is due a goal with his performances.