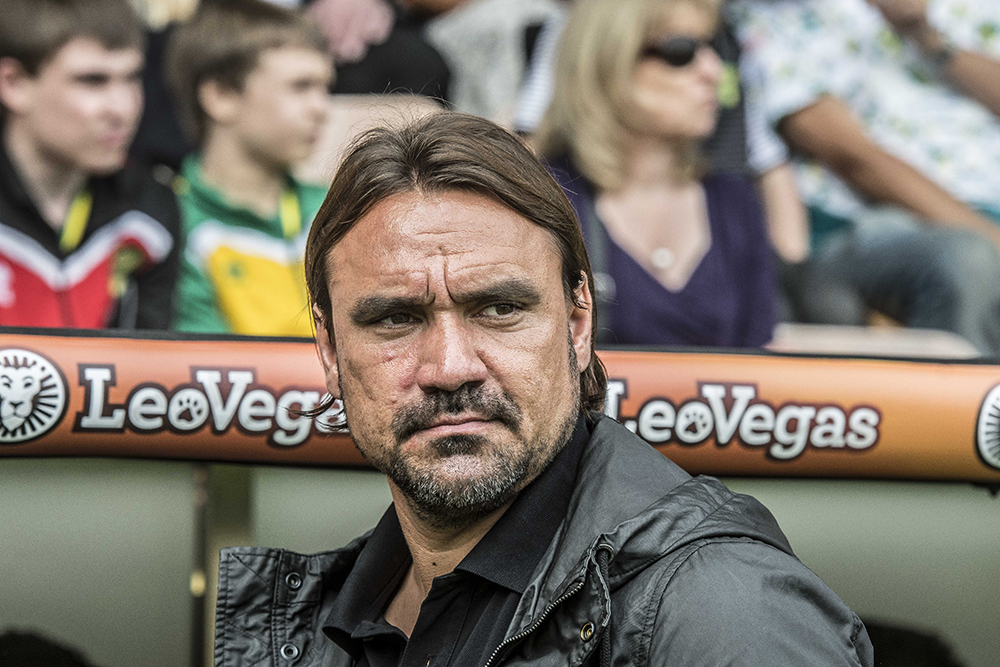 The perceptions of Daniel Farke’s second term in charge have radically altered.

Earmarked as a season for progression and improvement, it was pivotal that Norwich began the season positively to ensure he maintained the support of a Canary Nation who had remained patient throughout an underwhelming debut season.

This past week has seen glimpses of potential transcend into consistent performances and as a result, the mood music being shifted up a level.

If you want to raise the level of optimism even further, then add in Farke’s deployment of younger operators, which was both ballsy and astute, and provided City with an equilibrium that wasn’t present beforehand.

He has received criticism from most quarters at differing points within his tenure, and rightly so, at points.

Undisputable, however, is his ability to improve individuals. He was a critical figure in youth development at one of Europe’s biggest clubs; there are few better coaches for the likes of Jamal Lewis, Max Aarons and Emiliano Buendia to be working under right now.

Even with an experienced and seasoned operator like Alex Tettey, improvements to his game have been witnessed. Tettey has been more forward-thinking thus far this campaign, both in terms of his positioning and distribution of the ball.

His defensive position has been more offensive, attempting to push Norwich into the opponent’s half – evident at QPR and Reading. Tettey has also been integral to breaking the press of opponents by occupying a space between the opposing strikers and midfield, allowing us to break the initial trigger of the press.

‘You can’t teach an old dog new tricks’ is the cliché; City’s coaching staff are disproving that theory.

The fact Farke and his coaching staff can improve a 32-year-old is almost unprecedented and speaks volume about their ability on the training pitch. Tettey is just one example.

Hours of hard graft and subtle tactical tweaks at Colney are beginning to bear fruit on the pitch.

As opposed to playing safe – square passes directly to the feet of the full backs which invites pressure from the opposition – now City are placing the ball in front of them. Naturally, that forces the team forward.

This has been coupled with the new-found central emphasis they have put into their game since Onel Hernandez’ injury. The inclusion of Todd Cantwell has seen Norwich’s midfield become more compact with young full-backs Jamal Lewis and Max Aarons providing the energy and athleticism in wide areas.

When you add in the factor of Teemu Pukki being able to run beyond opposition’s back line, that makes City a more fluid and multi-dimensional outfit, capable of playing in front, down the sides and in behind.

Considering the rising levels of intolerance towards his style of football, Farke has found remedies for his team’s inefficiencies that have made his team both more balanced and offensively capable.

Anyone who was present among the travelling contingent at Ipswich will recall the vocal frustrations of supporters when their side were 1-0 down.

Farke wasn’t the most loved person in Norfolk.

He deserves praise for sticking with his principles but also being adept enough to recognise that his preferred style of play did require work. Since the international break, Norwich are unbeaten and looking increasingly more impressive as they dictate the rhythm of games.

That opening period at QPR signified how Farke wants his team to operate, on the front foot, operating with tempo and fluidity while ensuring they have a cutting edge up front.

This optimism comes with caution however as, at present, this is merely an upturn in form over a short period. If Norwich can really be considered to have turned a corner, then this run needs to be transformed into a prolonged period. Consistency is key.

Farke and his staff deserve credit.

Positive performances were evident for spells in games but prior to the Middlesbrough game supporters were shown promising spells in nearly all but the Preston fixture. And the last three fixtures have displayed dominant spells for extensive periods in games.

Farke’s stubborn refusal to accept his philosophy isn’t adaptable to the Championship remains, but there has clearly been an acceptance that it needed tweaking and changing to cope with the rigours of this division.

This run isn’t confirmation that everything is rosy once more, and if City return to consecutive losses then those questions asked prior to this run will emerge again. Level-headedness is key, but Farke deserves praise and his rallying cry around how he wanted his players to be the protagonists has been seen in the last week.

This September does feel different to a year ago, one which was about steadying the ship after a drubbing at Millwall. City are now imposing their game onto their opponents while being proactive.

Long may it continue and let’s make the most of the positivity.