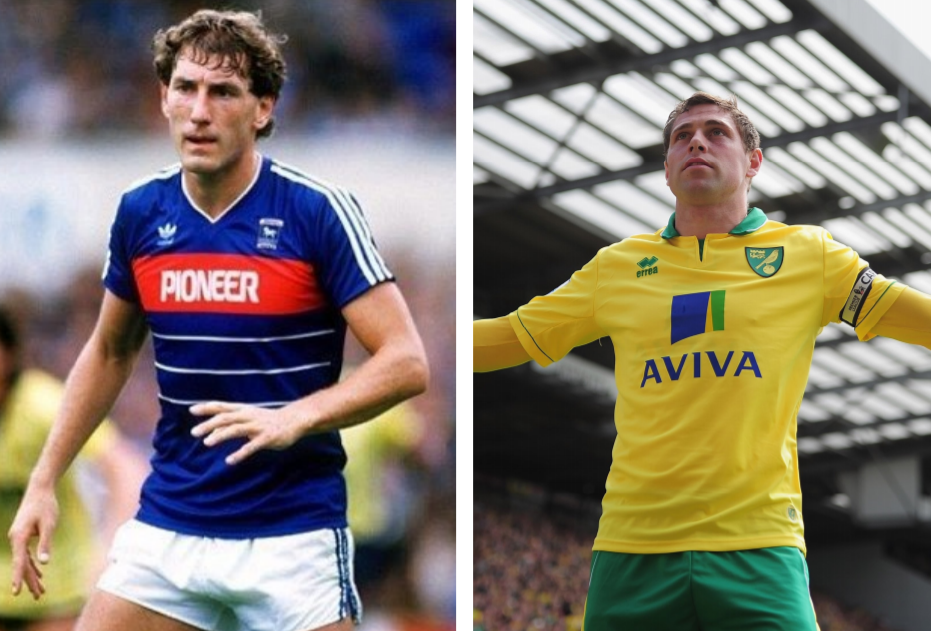 In its own words, its aim is… ‘To work with, and under the guidance of, our football club to build a social club for our fans with enjoyable activities, bringing the club and its fans even closer together whilst supporting the club’s charity the Community Sports Foundation (CSF) and other local organisations.’

In the three-and-a-bit years of its existence, they have held a variety of events, ranging from players forums, management forums, media nights, legends forums, quiz nights, a mental health night and, of course, their famous end-of-season social nights. 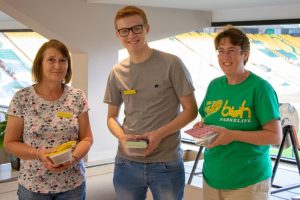 So far they have raised £13,500 for the Norwich City Community Sports Foundation. Currently, they have 14 volunteers of all ages and from all walks of life, all of whom play their part in helping to run the group in their free time. They are supported by the football club – directors and staff – who, as well as offering help and advice, are often present at the events.

Their tagline is, ‘You don’t have to join, you just join in‘, which leads us nicely on to their latest offering:

Next Thursday – 25th October – they present… Who’s the Pride of Anglia?

It’s an event they’re calling a clash of the football titans, with, as the name suggests, some big names from north and south of the border clashing in the second big local derby of the season. 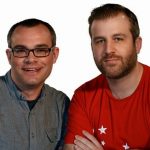 And in the blue corner, trying their best to land a Suffolk punch (BOOM TISH!), will be media pundit Stuart Jarrold, veteran journalist Mel Henderson and England and Ipswich legend Terry Butcher.

The celebrity teams will compete for the ‘Pride of Anglia’ honour in a fun quiz hosted by another City legend, Darren Eadie. in addition to the quiz, there will then be a chance to speak to the guests in a Q&A session and join in with some audience participation games. There will also be a licensed bar and a raffle to raise money for the CSF.

The event takes place at the Top of the Terrace bar and is open to everyone – even those of a blue and white persuasion – where doors will open at 7 pm for a 7.30 pm start.

Fans can simply turn up and pay at the door, where admission is just £3 for adults and £1 for children. Everyone is welcome!

They look forward to seeing you. 🙂