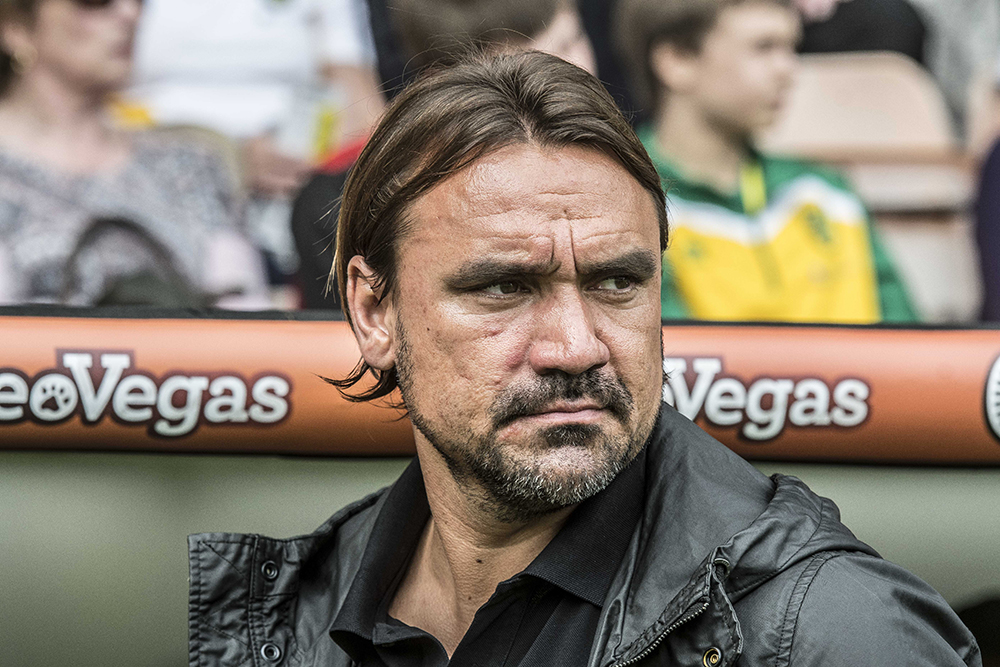 So how bad was that then? A very dodgy first quarter against an excellent side followed by almost total domination. The phrase “Farke’s fledglings” appears in the media and the national newspapers are starting to notice us.

That the intelligent footballer who is Timm Klose scored twice makes me so proud. If ever a quirky character has loved this club it is our Timm. If we can afford to, let’s please keep him until his legs turn to jelly (okay, a two-year contract renewal would suffice).

As for the “fledglings”, they continue to deliver. Todd Cantwell, Max Aarons and Jamal Lewis are consistent in producing on the pitch. I don’t think Kenny McLean will find it easy to oust Todd from the first-team on his return from injury but hey, what a lovely problem for Daniel Farke to attempt to solve.

The Championship table this morning looks as tight as a shark’s butt-hole (which is pressurised for deep sea diving) but we’re at the right end of the congestion. Look to the bottom… who’s there, oh dear.

One of several cracking photographs taken by the excellent lensman Paul Chesterton that appears on the Archant site features Timm Klose, Jordan Rhodes and Onel Hernandez celebrating Timm’s equaliser (below).

Who is that sulking in the background? I can't quite make it out, can any #NCFC fans help me? BOOM @FocusImagesLtd https://t.co/CVIYQFRUWm pic.twitter.com/jekRJQSRXV

Whether by design or accident, a slightly out of focus, grim-faced Lewis Grabban lurks in the background.

Yes, he scored from a delightful chip from Carvalho and celebrated in a rather “up yours” manner but I still loved to see the look on his face after Timm had glanced that header home. One of my favourite published NCFC stills and well done Paul.

We should have binned Grabban off when we had the chance and kept Bradley Johnson. But that’s another story for another day.

The news that Onel Hernandez may be fit to face Aston Villa is also a bonus. Farke’s call on whether he starts, not mine.

Our record on the road continues to amaze me. I won’t witness it myself until we go to Sheffield Wednesday when I can stay with friends after the game and drive back (hopefully) sedately the following morning.

Seven unbeaten away? That’s some statistic.

There’s obviously a real togetherness in our squad just now. As supporters, let’s enjoy it. I know it’s still only October, but it looks like we’re making a fair old fist of things.

Although nothing is nailed on by any manner of means in this seemingly forever-changing league we are up there with the best of them and long may that continue.

Just as a parting thought… who would have imagined ten years ago that Huddersfield, Bournemouth, Cardiff and Fulham would be Premier League, while ourselves, dirty Leeds, Forest, Boro, Villa, Birmingham, QPR and West Brom are all stuck in the Championship?