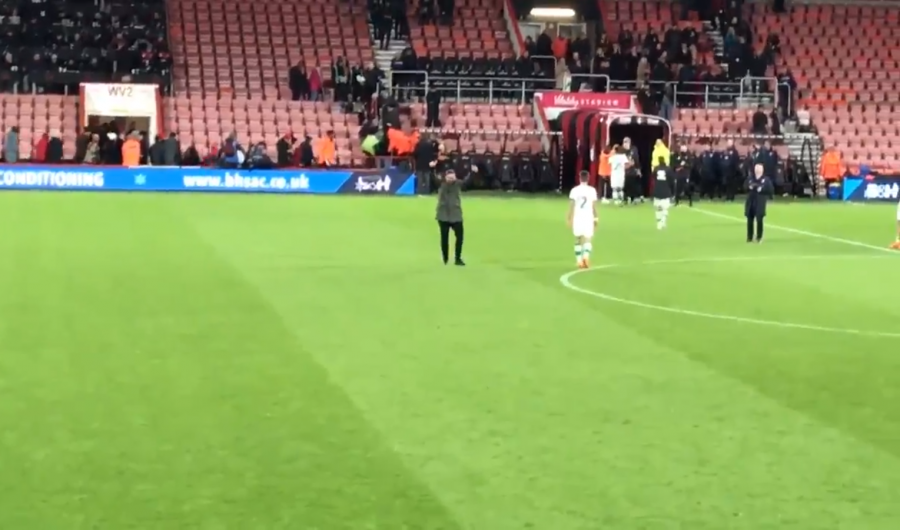 So ends City’s Carabao Cup adventure 2018/19, but as cup exit’s go, this one was most definitely in the ‘blaze of glory’ category’.

For the third time in two seasons, Daniel Farke’s men have gone toe-to-toe with Premier League opposition and gone within a whisker of glory. Last season it was Arsene Wenger and Antonio Conte who were singing City’s praises – admittedly an easier exercise when your side has just won the game – and last night it was Eddie Howe who joined the ever-growing list.

“They will take some stopping in the Championship if they perform like that.”

The last five words are those which really count, of course, but it’s telling that City appear well equipped to take on those whose modus operandi is to keep possession and who in turn are happy for their opponents to have a turn with the ball.

Also telling was that against Howe’s men, City came out on top on virtually all of the stats – apart from the only one that matters – including possession; one that the Bournemouth manager team holds dear.

Why City didn’t succeed, when all of the numbers are telling us they should have done, boils down to taking chances when they come along, and on the night it was the one area where Premier League quality made a difference.

Of their 19 shots, City hit the target 7 times and scored once. The Cherries had 8 shots, three were on target and scored twice. Do the maths.

Dennis Sbreny and, in particular, Jordan Rhodes will need no reminding this morning of the need to snap up chances; the latter’s miscued injury-time header offering more horror than anything the trick or treaters will muster this evening. A head in the hands moment if ever there was one.

But the negatives pretty much ended there and in terms of performance levels, Howe called it right. Of late we’ve talked a lot about the pride in watching the Class of 2019, and last night was no exception. Even with eight changes – Bournemouth made the same – City’s method was unaltered, and the verve and rhythm undiminished.

Just as Team Farke would have demanded, some of those who came in made strong claims for a Championship start in the very near future, Mario Vrancic at the top of that list. And with Marco Stiepermann and Todd Cantwell nursing knocks he may well get his chance.

We’ve long known and admired his quality on the ball – that much was obvious, even in the early days when he struggled with the ‘bite’ of the Championship’ – but this is a different Vrancic; one who is more than at home in the stifling environment of a crowded English midfield. The cultured left foot is now also used to put the foot in.

He deserves his chance – no question.

Ben Godfrey and Tom Trybull too put in strong claims, and that Godfrey has had so little football is really unlucky on his part. While there appears no obvious route right now for him to get his Championship opportunity, he certainly deserves one.

Others made less of an impact – with eight changes, not all are going to hit the ground running – and it was hard not to feel for Ivo Pinto who, after being the no 1 right back for most of his time here, looked very much deputy material last night. The team has evolved in recent months without Ivo in it and it showed.

Michael McGovern’s evening was little more than a reminder of the excellence of Tim Krul, particularly with the ball at his feet but in fairness, both Bournemouth goals were the result of sloppy defending rather than goalkeeping errors. He remains a capable deputy but one who is putting little pressure on the current no 1.

So, out in a blaze of glory and time to ‘concentrate on the league’ – at least until FA Cup time – but as Guardian columnist Paul MacInnes put in his excellent City piece yesterday, “there is something going on in East Anglia”.

I think he may be right.