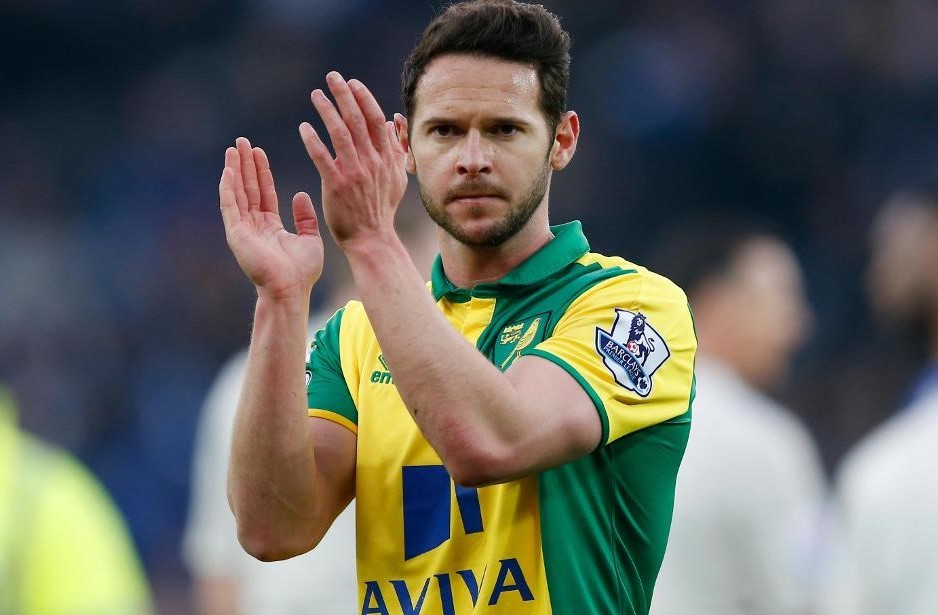 Matt Jarvis is a victim of circumstance, regardless of the enduring journey he is currently on, the distinct lack of humanity shown towards him reveals a worrying trend.

Social media is an important tool for football.

Where supporters once didn’t have a voice, every Joe Public now has the ability to offer an opinion on their football team. For numerous reasons, that is undoubtedly a positive thing; it has formed a community where football has been a common connecting factor between supporters, giving them the opportunity to develop relationships with other supporters.

What’s more, it’s made those who follow the Canaries from afar feel closer and more included in the Norwich City community. Where they once had streams, they now have minute-by-minute accounts and insight from a host of contributors.

Campaigns like Bradley Lowery’s are able to spread nationally, sometimes even globally. Raising awareness of medical conditions but also helping change the debate on social and political aspects of football; the Safe Standing petition that eventually led to a debate in the House of Commons being a particularly successful example of this.

But like every coin, social media has a flip side and its impact on football, one that is neither positive or welcome.

The proliferation of Twitter, Instagram and Facebook have provided supporters with a direct link to their players. Of course, there’s a degree of ambivalence surrounding this also, but equally the abuse can become vile and personal.

Animosity is rife online, anonymity seems to be taken by a small minority as a token for hate speech and derogatory abuse without implication or consequence for the words being crafted on a keyboard.

I love football and, for the most part, the inclusivity and emotional hook makes it a unique entity that is rivalled by no other.

Evidence for this was provided on Saturday, where Carrow Road was bouncing from its foundations after an inconceivable result was achieved given the situation they found themselves in as the clock ticked into stoppage time.

At present, this football club is an embodiment of positivity and all that is great about football. Supporters’ values are being reflected on the pitch, overachievement is evident, and players are giving their all for the cause.

Which makes the constant ‘jovial’ remarks towards Matt Jarvis all the more baffling and concerning.

There’s a perception that lingers from some that Jarvis is merely treating the treatment room bed as a sun lounger and is reclined while being content with his hefty earnings with no regard of the financial situation at the club.

This wrongful imagery of Jarvis is a summary of the problems with contemporary football – one that revolves around a need to win at all costs and players being seen as superhuman and open to criticism at all costs.

Acceptance needs to happen. Players have become removed from the public sphere within football and placed within their own bubble. The days of mingling with supporters after matchdays in bars is a thing of the past, sadly. Sponsorship and money have influenced the game at every level, but also for the supporters – not just the players.

As with most things in life, a pejorative mindset is usually born from a lack of understanding.

Let’s make one thing crystal clear, Jarvis will be working every day on a specific recovery schedule with the intention of getting back on the football pitch as soon as possible.

Discussion of his wages shouldn’t enter the equation.

If a builder can’t do his job due to an injury, nobody talks about how much his wage is impacting the company. I’ll accept that situationally, that this example is different, but there needs to be the same degree of humanism and common sense applied.

Whether he’s on £40k a week or £40 a week, he is a human being first and foremost. The narrative spun that he isn’t playing due to his greed are absurd and ridiculous. He was offered a wage, he accepted a contract that benefits his young family.

Football is a superficial world, one separate from other sectors that most supporters exist in, but that doesn’t mean that struggle and adversity don’t exist. To become judgemental simply because the finances involved are of a bigger scale is why mental health in sport has such a stigma around it.

Listen to Louis Thompson’s interview after his goal at Lincoln. Injuries made him suffer some dark days, days he is currently going through once more. Yet because his wages are perceived to be considerably lower, the perception is different.

Criticism for that contract should be directed to those who put it on the table, not at Jarvis for accepting it.

He isn’t refusing to train, he isn’t a disruptive influence in the dressing room and he isn’t constantly belittling the Head Coach. He cannot take to the pitch due to external factors out of his control, a constant stream of injuries that would be challenging for anyone.

Cedric Anselin, a good friend and ex-Norwich professional, spoke to me at length regarding this topic in the summer. Anselin emphasised the mental struggle for Jarvis and how tasking this was for him.

Cedric’s injuries were mental, he used to be physically sick prior to going out and playing for Norwich City. His example is one that demonstrates that mental health problems exist in football and is non-discriminative to whom it affects.

Yet compassion and support go a long way. It makes you feel as though you’re not alone on your journey. Abuse merely distances you further, makes you recline into yourself and simply makes those months seem longer and the days even darker.

As an injured pro, you’re away from the dressing environment and isolated.

Jarvis hasn’t played in a senior game since May 2016. That’s a long period of time for anybody to be watching others play football in a concealed gym, hoping that one day you’ll join them. All whilst trying to recover from countless injuries, only to reach setback after setback once you do.

Self-doubt would become a constant fixture for anyone in that situation, whether it be Joe Public or a person of privilege. This idea that happiness is born from wealth and success is toxic and naïve.

Jarvis will be an important figure for Thompson, and any pro who, like him, will have endured the darkest of days. I severely doubt Jarvis feels happiness at being injured and calls for retirement are equally as insensitive.

Being injured isn’t his fault and he is a human being. Above all, that needs to be remembered. The warming applause and support directed towards Thompson should be extended to Jarvis.

Loyalty is a two-way street as a supporter, I would hope that my football club does all it can to ensure players are healthy and happy. The fact they’ve taken the progressive step of appointing a psychologist at the football club is something that should be welcomed and for people like Jarvis, will be instrumental.

The constant ridiculing, belittling and bemoaning aimed at him needs to stop, the fact he was a figure of past events is irrelevant because so where other protagonists, Alex Tettey and Wes Hoolahan for example, who aren’t viewed in the same light.

Leave him alone, be supportive and hope that one day, Jarvis pulls on the famous yellow and green again because that in itself would be a massive achievement.

Contemporary football has become an unforgiving place where winning at all costs has overtaken the need to be compassionate. Simply being a footballer and earning a significant wedge of money shouldn’t provide people with an opportunity to be personal.

Football is a different world, but the same principles must be applied.