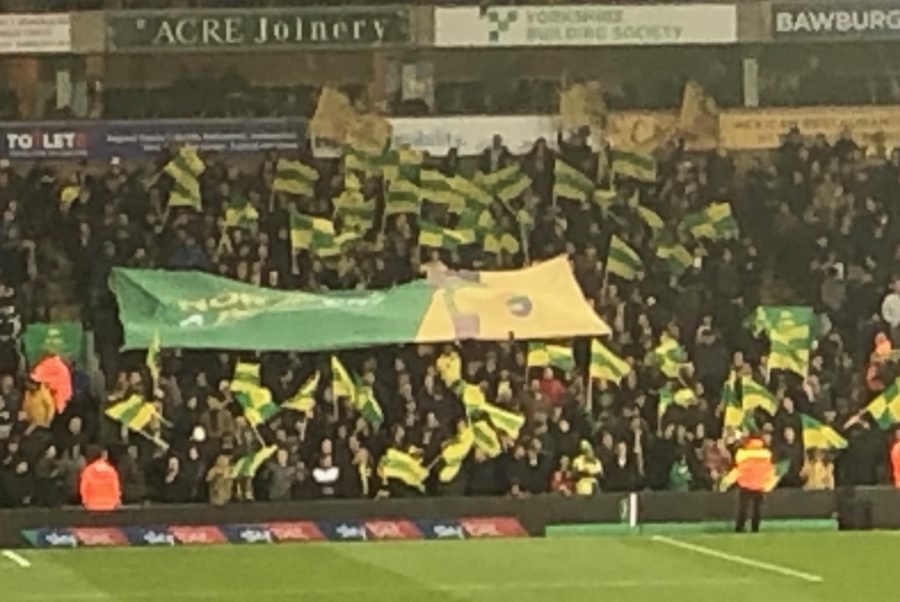 I love it when a plan comes together. That’s what Warnario – aka Paul Warne – must have been thinking at half-time at the Carra on Saturday.

Rotherham pressed, frustrated and were the width of a post away from going into the break 2-0 up as Ryan Williams’ edge of the box effort spun away a fraction from the other post.

Wearing a version of the Inter Milan kit, they didn’t play like every City fan’s favourite Italian side but they certainly contained us and possessed some menace when they went forward.

The mid-match moaning in the Barclay bar was loud and long. Many were blaming Tim Krul for pushing the ball out directly into the danger area. I’ve since seen it many times, but I still can’t make my mind up.

More concerning to me was our collective inability to defend the original short corner routine.

And then what happened?

Only the Lord knows what Daniel Farke and his assistant coaches said to the group at half-time. We were being pushed wider than we would have liked and that didn’t really change too much in the second half – but oh boy, we turned it around in devastating style.

If a recent previous manager was still in situ, Todd Cantwell (20) would probably be so frustrated that he would have been out of here and sporting the black and white stripes of his native Dereham Town.

Instead, there was a sublime finish (and oh boy did he celebrate it in front of us lot in the Barclay) and that wonderful semi-chip to provide the perfect opportunity for a glancing header for… one Maximillian Aarons (18) to convert.

He’s one of our own? They’re both ones of our own.

Marco Stiepermann’s intelligent and unselfish pass to Teemu Pukki led to our third – look at it again and see how Pukki hesitated for a millisecond before finishing to make sure the keeper had no chance. Class.

Of course, Stiepermann ended up at left-back as there was some sort of fourth official cock-up over the withdrawal of Jamal Lewis. Don’t ask me what happened because I don’t know and nor does anybody else who I’ve subsequently spoken with.

Even at 1-1 we played with Rotherham like a cat with a ball of wool or a mouse. The big yellow juggernaut was back.

And at the end we had two more clear-cuts. It could and possibly should have been five. Swansea apart we are truly a second-half side – and how wonderful it is (sorry Gary and your fellow River Enders) to see us continue to attack the Barclay in the second half.

I know of two folks who put money on a 3-1 (John who sits behind me in the Barclay and my mate Cutty who *starred* on Canary Call on his 75th birthday on Saturday) so I guess three was enough!

Daniel F came over to us at the end (as did nearly all the players) and must have enjoyed the vocal interchange between the Barclay and the Snakepit. I know I did.

All hugs and high fives down the stairs – a great afternoon out that could have been so different without that half-time resurgence.

My only gripes? I didn’t see anyone offering a pair of rainbow laces and when I got home, I broke a tooth on a piece of Mrs P’s home-cooked tandoori chicken. And I despise going to the dentists, which you can’t anyway on a Sunday as I write this.

The agony and the ecstasy, as those of a literary mind might say.

@campbellclaret Well done BFC. From a #NCFC fan, we had our day last season at #Carrow v #MCI

Premier League star comes clean on how he crashed his Lamborghini - https://fanbanter.co.uk/premier-league-star-comes-clean-on-how-he-crashed-his-lamborghini/

Norwich City’s Championship record since the start of the 2018-19 season:

I know there’s not much competition, but Jarvis Cocker has contributed towards the best thing to happen in 2021 so far.

Acknowledging a great #ncfc pun with an Alan Partridge reference thrown in for good measure.