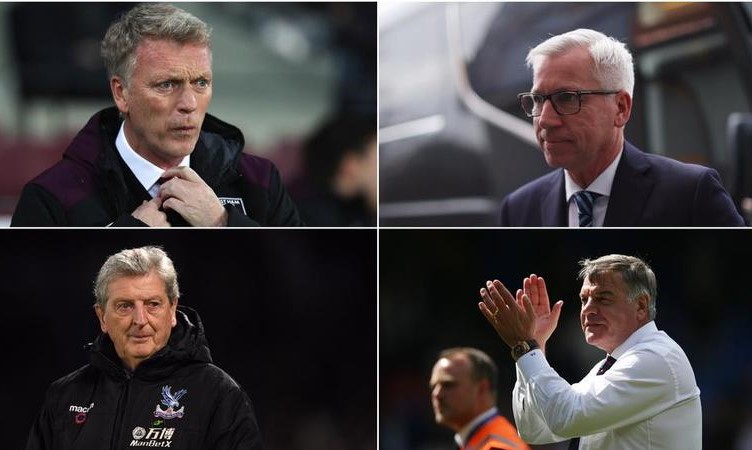 Let’s go back to March of this year; the 14th to be precise.

Southampton announced the appointment of Mark Hughes as first team manager, a little over seven weeks after his sacking at Stoke.

As we know, Stoke were relegated to the Championship, whereas Hughes guided Southampton to 17th and another season in the top flight.

With the decision seemingly vindicated and having been initially appointed on a short-term contract, the achievement earned Hughes a three-year extension.

On December 3rd, following one win from fifteen, he was sacked – for the second time in 2018.

Hughes is one of the usual suspects; a select group of managers who can rightly lay claim to a wealth of experience and who as a result, have become serial jockeys on the managerial merry-go-round.

With a picture being worth a thousand words, the following shows a selection of managers alongside a few of the clubs (not all) that they’ve collectively worked for. Of course, it shouldn’t be a surprise that many Premier League Managers have a string of clubs on their CVs. With the average tenure of a football manager being 1.66 years, it stands to reason that most have ‘been around a bit’.

The sack has become an occupational hazard for any football manager, with the demands and expectations of owners and fans alike, dictating that periods of poor results are seldom tolerated.

However, the likes of Hughes, Pardew, Pulis et al (lardyce) are amongst those who are seemingly offered the chance of redemption faster than you can say “clean slate”.

With the exception of Everton, all of the clubs shown above have played in both of the top two divisions over the last ten years. Clubs whose ‘natural habitat’ is perhaps the bottom half of the Premier or the top half of the Championship, which invariably means a battle to either get up or stay up.

With the stakes so high, perhaps it’s understandable that so many clubs go looking for what they consider to be a safe bet; a tried and tested manager who has been there and done it.

Like Mark Hughes, Sam Allardyce and Roy Hodgson answered the distress calls from Premier League strugglers, last season, and steered both Everton and Palace to safety. Steve Bruce and Tony Pulis meanwhile, brought their experience to bear in the Championship, guiding Villa and Boro to the play-offs.

Of those, only Hodgson and Pulis remain in post.

Big Sam’s record of never being relegated is hugely impressive; his style of football less so.

The man himself, claims to be a progressive coach and a student of the game who has travelled far and wide in search of different footballing philosophies.

If he really has scoured the globe only to bring back his particular brand of ‘football’, it’s the equivalent of going on holiday to Spain and coming back with a straw donkey.

Or rather, it works up until the point that with the job done and the threat of relegation a distant memory, fans and owners start to demand something better and more pleasing on the eye.

I’d almost feel sorry that Big Sam was sacked by Everton, if it wasn’t for the reported £9 million, he received when they dispensed with his services.

Norwich City though have ploughed a different furrow.

The club’s restructuring and introduction of the Sporting Director / Head Coach model is aimed at providing continuity and a more sustainable approach. It’s a model that tries to smooth the impacts of the almost inevitable changes in management (in whatever circumstances), which often brings wholesale upheaval; compensation paid to replace coaching staff and an overhaul of the playing squad as the new man brings in his ‘own people’.

It’s a model that means that the club has already identified a shortlist of four individuals to replace Farke (if – or rather when – he goes), in exactly the same way that there will be a list of replacements identified for every member of the first-team squad.

It’s a model that requires time and patience, and I’ll freely admit, it has tested mine.

But with City flying high in the league, playing fantastic football and a genuine sense of harmony across the club, we can (perhaps) avoid worrying about Farke moving on for now, and yet our success has still attracted criticism.

“It will be bad for English football if Norwich and Leeds get promoted to the Premier League”#NCFC and #LUFC fans will want to hear this from @BroadcastMoose… ?

Would you be happy to see Farke and Bielsa in the top flight? ? pic.twitter.com/uqotfeRS2j

Coming from the same radio station that saw fit to ‘fire shots’ at Farke’s initial appointment for denying opportunities to British coaches, it shouldn’t come as a surprise and is typical of the station’s lazy, so-called journalism, which is little more than click-bait aimed at provoking a reaction.

It overlooks the fact that the model we have adopted, which is so common in European domestic leagues, doesn’t align with the typical structure of many English clubs. One that is not tailor-made for the traditional domestic candidate, in which the role of first-team manager oversees every aspect of club management and reports through to a Chief Executive.

It overlooks the fact that Farke and Webber are committed to, and reliant upon, the club’s academy to produce young players who can both deliver on the pitch right now but also generate an income stream in the future from out-going transfers. Something that is surely far more positive for the domestic game than offering a member of the ‘old guard’, another crack of the management whip.

But crucially, it overlooks the fact that the real barrier facing aspiring coaches and managers, is not one of nationality, but the short-term, knee-jerk, decision-making, driven by a hunger for instant results, that leads so many clubs to select the easy option and keep the merry-go-round spinning.