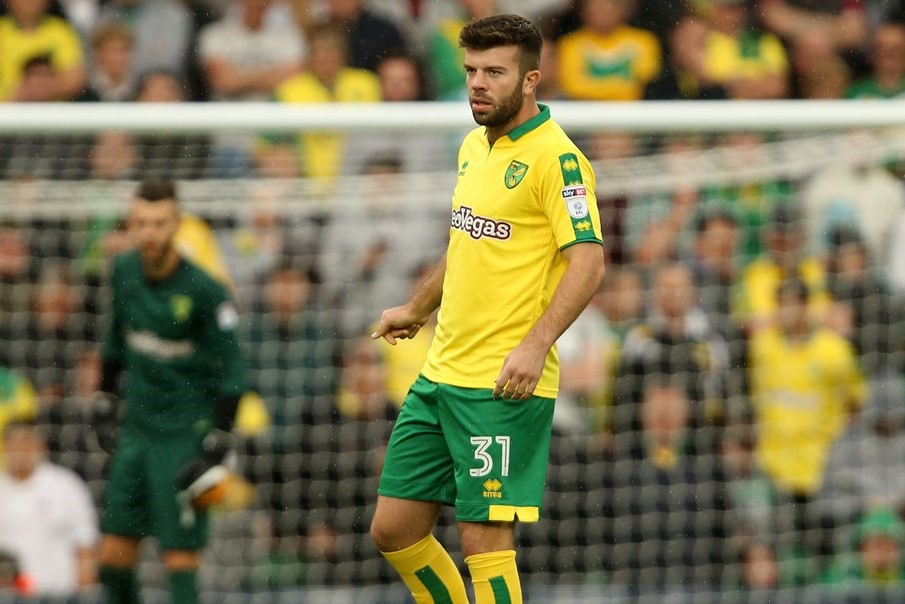 And so ends the Canaries’ cup involvement of 2018/19. Not that, in the circumstances, too many were complaining.

Given how events at Carrow Road panned out last night, for City to have taken it to the wire was no mean feat in itself, but the fact remains we have exited the FA Cup at the third round stage for the last six consecutive seasons.

And while no-one wanted a midweek replay in Portsmouth, the preferable route out of that conundrum would have been for City, not Pompey, to grab that late winner. To have progressed would have given those on the fringes more game time to hone their match fitness and sharpness in readiness for the run-in.

It wasn’t to be, of course, but instead what remained from an entertaining cup tie were a considerable number of positives for City – not least the fact they played for 77 minutes with ten men against a good side with no discernable change to either the method or the performance level.

The other thing to say is, if City had wanted to take it to a replay there was little to suggest they couldn’t have fairly comfortably seen it out, but Daniel Farke’s decision to go for broke and end the game in something akin to a 2-3-5 meant the odds of conceding late were about as high as they were scoring.

That Kenny McLean’s late free-kick slammed into the wall instead of nestling in Craig MacGillivray’s top corner was not in our script but Andre Green finishing off a lightning breakaway at the second attempt, was most definitely how Pompey fans dreamt it.

And few could deny them their moment of glory – a club that has been there, done it, but which has had to endure some wilderness years while their nearest and dearest have established themselves as a Premier League club.

They’re a likeable club with a likeable manager and we should wish them well for the next round and in their promotion charge.

For City’s part, events took a downward turn the moment Grant Hanley’s evening ended prematurely with his mistimed attempt to thwart Ronan Curtis. It was neither dangerous or calculated, but there was an argument for him being the last man – the point upon which Darren Bond based his decision to show red.

Some viewed it as a shocker – another case of referees deliberately targeting those in yellow and green – while most seemed to agree it was one of those that could have gone either way. Put it this way, if a Pompey centre-back had done the same to Jordan Rhodes, we’d have been screaming for a red.

If not sure Mr Bond had his best night – the undue haste with which he pulled the red card from his pocket suggested he didn’t give the decision a great deal of thought – and his reluctance to reveal his yellow card as the game progressed made his decision to flash red so readily appear a little odd, but there is no conspiracy folks. We’re just having a run of games where some big decisions have gone against us.

Whether they ‘even themselves out over the season’ will only become clear when said season is over, but there is no collusion or campaign to wreck our season from the men in the middle. C’mon folks … we’re better than that.

What was impressive, however, was how, after making eight changes, there was no change to the shape and methodology, and while some of those who came in showed early signs of rustiness, there is no questioning quite how well drilled this group is. Long gone are the days of Canary Call echoing to the sound of ‘what the hell do they do in training Ney-ul?‘

Such is the fluency and cohesion of this team, even after loads of changes, it’s very apparent what they do in training. Enforced changes in shape and even being a player light do not phase this bunch, who continue to plough the same fertile furrow even when objects and hurdles are thrown in their path.

Mixed metaphors aside, there was still much to admire – even in defeat.

The three players who Farke decided to leave in the XI – Christoph Zimmermann, Ben Godfrey and Todd Cantwell – were, to a man, excellent last night and showed not the slightest hint of fatigue; each doing nothing but cement their starting places at West Brom.

In addition, in the engine room, Tom Trybull and McLean – as well as putting some priceless miles on the clock – both did their bit to confirm the overall quality of this group and how, even when Team Farke’s resources get stretched, there remains plenty of quality, even when having reach deep into the barrel.

Jordan Rhodes will have been disappointed to have not made more of an impression but he’s one who you always feel has a goal in him as long as he’s on the pitch, and his clipped cross for Cantwell’s late diving header almost unlocked the door for City. Alongside him, Dennis Sbreny showed a willingness to shoot and some nice touches, even if those touches sometimes come with one too many, but right now he’s one who is the epitome of a squad player.

The move to left-back – as part of the post-Hanley reshuffle – did Ben Marshall few favours, but I do believe there is a player in there, one who clearly prefers an advanced role rather than left-back. Felix Passlack, meanwhile, is neat and tidy, and clearly understands the role, but just needs games under his belt, which are not going to be forthcoming as long as Max Aarons is here.

And, to be fair, other than one second-half spill that was mopped up by Zimmermann, Michael McGovern did little wrong, with his Achilles Heel – his kicking and passing – actually showing general signs of improvement.

So, another cup exit, but not the end of the world. This season won’t be defined by Portsmouth knocking us out of the FA Cup with a sucker punch but rather by what occurs in 20 upcoming league games. If this extraordinary campaign does end in the blaze of glory we all desire, then Andre Green’s winner will not even be a footnote.