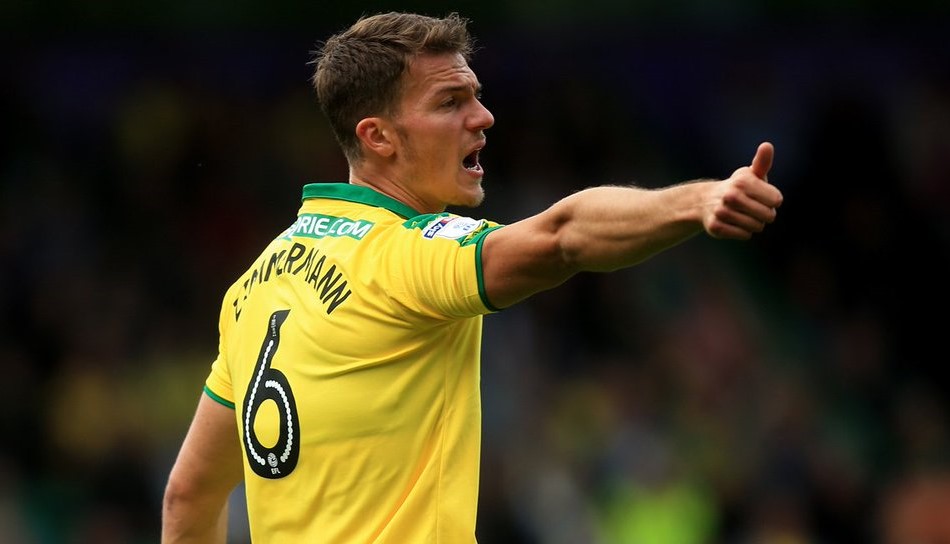 “We’d have taken a point before the game“. “Any point away from home is a good point” and “Astute substitutions change games“.

Three of the biggest clichés in football but they are clichés for a reason. All are bang on the money and have become well established in the language of the game because they are bl00dy well true.

A fourth cliché is “You never win anything with kids“. Without harking back to Sir Alex and his youthful crop of Giggs, Beckham, Scholes and the Neville brothers, I’m pretty sure our very own Jamal Lewis, Max Aarons, Todd Cantwell, Ben Godfrey and Emi Buendia are doing their utmost to disprove this one.

WBA away was one tough gig before we had even kicked off. In his excellent article last week MFW’s Andy Head highlighted the merits of our four centre-backs in comparison with previous recent incumbents and with Grant Hanley banned and Timm Klose carrying a bit of an iffy knee, the default combination on Saturday became Godfrey and Christoph Zimmermann.

I believe it was Zimmermann’s 26th birthday over the weekend and with the aid of Alex Tettey and Tim Krul he had to marshal a back four with an average age of 21 – including himself. Happy birthday, Christoph – and well done for Saturday and indeed throughout the season so far!

To go behind that early in a game, ride out the high press from the Baggies (which worked a treat for them I admit) and go in just the one down at half time was a real achievement. That feat was achieved by dogged determination with “luck” not really entering into the equation. We also created that Timmu Pukki header from a fine Tettey cross to remind keeper Sam Johnstone and the rest that we were still alive and kicking.

WBA flew out of the traps in the second half and Krul made a couple of excellent, crucial saves. This gave us a slightly unsteady platform from which to truly get back into the game but we weren’t really doing anything spectacular until Daniel Farke rolled his dice around the 80-minute mark.

Kenny McLean and the inevitable Jordan Rhodes were introduced for the obviously and understandably tiring Buendia and Cantwell. We all know what happened next. The nemesis that is Dwight Gayle gave away a silly foul on our right. McLean swings it in, it is cleared back to him and he puts a perfect cross over for Rhodes to poach a near-poster with a very clever finish.

The similarity between that goal and the Gayle strike was almost off an old-fashioned carbon copying machine. Spooky.

There then followed ten minutes or so of squeaky bum time and a final essential stop from Krul but we got away with it – although that’s probably harsh terminology to describe what was a gutsy and ultimately heart-warming Norwich performance.

Yesterday MFW’s Gary G alluded to some West Brom fans on social media claiming we were more or less charlatans who should not be where we are in the league table. I’m not one of the Twitterati but I did go on a couple of WBA fansites post-match as I like to know what the oppo thinks of us after each and every game.

One of these, a well-written blog called BOING, made a couple of what I thought were interesting points.

Firstly they were singing the praises of young wingback Mason Holgate and who can blame them as he looked really useful. Gayle got the opener from his intelligent cross.

More pertinently one or two of their readers were begging their Chairman, a Mr Lai, to chuck a theoretical but suggested £25million at Leicester to get Harvey Barnes back to them on a permanent.

Are our respective clubs in the same league?

So now it’s on to Birmingham and the leap-frogging Wildermen at the Carra. Big games, big opportunities.

To end with another cliché – the world is our lobster, as Del Boy Trotter might have remarked. With around dozen undefeated on the road and two on the bounce against teams in the mix at the Carra, we have every opportunity to sustain our progress.

They’re both winnable – and quite equally losable – games. That prospect is what makes the Championship as exciting as it is frustrating.

Paul Warne must be feeling a little down just now – losing to that lot?