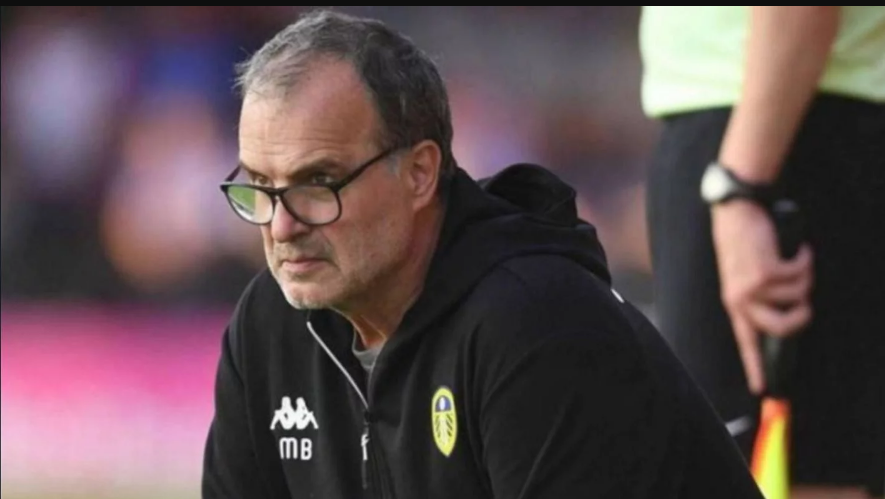 One of my many jobs involved working for the biggest international chemical company in the world as their tame-ish house journalist and PR man. I had 20 years of being treated like a Koenig (or indeed a King) by this German-based firm.

New company car every year, enough expenses to get well-fed and bladdered on every overstay, time in France, Spain and Germany plus good crack in the form of my wages every month.

One thing I hated was the monthly team meeting which saw me rising at 0430 in Blofield to be in Manchester for 0900.

Marcelo Bielsa, I’m coming for you, just give me another sentence or two and I’ll be with you.

These team meetings revolved around Powerpoint presentations. Get ready Marcelo, not long now.

These slideshows consisted of endless boring rubbish until we got to around image #188 which would be my annual budget request. My boss Henry had already signed it off, but I had to be there to deflect any criticism, just in case. There never was any malcontent, but I always had to be there in case.

So, on to Spygate – at last, I imagine you’re thinking.

Frank Lampard was understandably peeved at Bielsa’s antics. Apparently nearly half of the Championship have written to the EFL requesting some form of “action”. At the time of writing, I do not know if Norwich City are part of this movement or otherwise. (If you believe the adorable Daily Mail, we’re a “driving force” – Ed).

While 95 per cent of the football world would love to see Dirty Leeds get a points deduction. It will not happen, believe me.

I don’t reckon Daniel Farke or Stuart Webber will give a flying one to be honest. Any management team with the attitude of “we’ll do our own thing and let the oppo worry about us” would have a little giggle and treat that sort of behaviour as some form of compliment.

But if Bielsa made his management team and especially the players suffer a Powerpoint slideshow of that alleged length I feel they are in bother, which can only be good for us.

And when the guy came out with his “it’s all part of our culture” excuse I just thought let them do it.

I couldn’t give a monkey’s chuff.

And speaking of monkey’s hindquarters I’ll end by inviting the MFW community to consider the plight of the Binners.

Paul Lambert was great for us at the time – on the right night and in the right light anyway.

But his head was too quickly and easily turned as we are all surely continuing to see.

Sending that letter- probably ghost-written I would imagine – to their supporters smacked of desperation. And as for coughing up a couple of grand of his own money to reimburse those venturing to Blackburn, well it was up to him. But if you have to buy or bribe your support you know you are in deep doo-doo.

We have never, ever sunk to that level and I doubt we ever will.

Currying favour is one thing but making a complete ar$e of yourself is quite another.

And lose that revolting orange dayglo kit folks – you won’t need it at the Carra.

Cos we like stuffing you when you’re wearing Blue.

You love to see it #ncfc

@pummster @NorwichCityFC Remembrance Day isn’t until November 11th though? Several games for #ncfc to play before we arrive at that date...

Absolutely Connor👍🏻Brave Heart nearly stopped that Bristol goal.Given a few more catch up games&he will!Also I think the pundits are doing a grave injustice to our Dutch Master ! The camera view from behind the goal in slow-mo clearly shows his finger tips touched the ball #ncfc