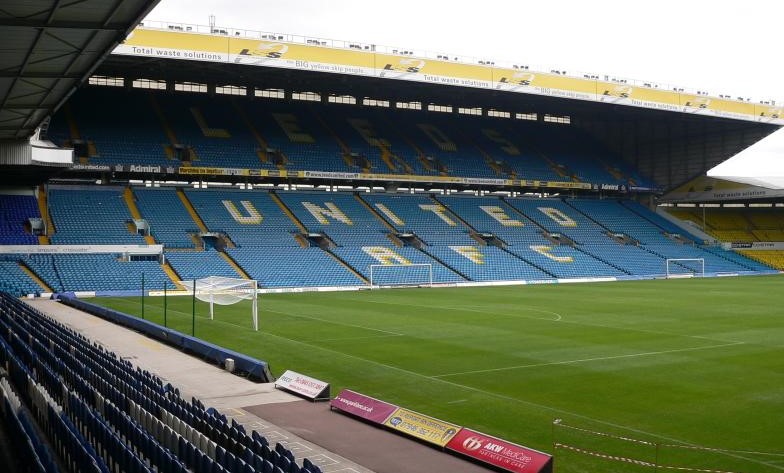 Ahead of Wessi’s final farewell – the penultimate game of last season – I spoke with Pete Schlenker, the managing editor of Through It All Together, and marvelled at the way he played a perfectly straight bat to some needless prodding. So, given the less-than-harmonious build-up to tomorrow’s cruncher, there was only one place to turn to for some constructive dialogue…

So, may as well get this out of way as soon as. Pete … where do you sit on the Spygate debate? Have to confess to being quietly impressed with the way Bielsa disarmed almost everybody by being so upfront about it, even getting out the old Powerpoint!

Pete: I’m (obviously) biased, but it seems all a bit silly.  Leeds got caught being a tad naughty and the freak-out from the pundits seemed extreme. You’ll notice that there hasn’t been nearly the outcry to Bolton’s owner not paying his players and (allegedly) telling the Forest Green chairman that he doesn’t care if Bolton is wound-up because he’ll get paid. It’s gotten far too much attention. It’s taking away from just how good of a job Bielsa is doing at Leeds.

Tend to agree. The media latched onto initially because it was *Frank Lampard’s* Derby County who were directly affected. I’m not sure they’d have been quite so excited about it if it had been Paul Warnes’ Rotherham, for example. Maybe I’m wrong.

Obviously, we’ve copped it for being one of the eleven “grasses” – the leaders in fact – but, just to be clear, as I understand it, there was never any intention of requesting a points deduction (as some of your supporters seem to want to believe) but rather a request for clarification of what actually occurred. The misinformed seem to be the ones behind the #WelcomeNorwich campaign. Do you expect them to ‘welcome’ Norwich in a Liverpool/Man City style? I suspect you’re better than that.

I would doubt that something like that would actually occur. Honestly, the people who have been most vocal about it on Twitter seem to be people who have very poor memories of the dark days of the 70s and 80s, if they were even around, apart from reading books about “firms” and whatnot. Most of the responses to the idea of greeting the bus were met this disdain. Don’t get me wrong, it’s gonna be intense inside the ground, but I will hope that no shenanigans occur outside the ground ahead of time, and if they do happen, it’s only a random few tossers.

Of course, once the whistle goes the gloves will be off and we know not to expect ‘three cheers for Norwich’ from the Elland Road crowd.

But I really like the idea of both sets of fans remembering, before the game, the tragic loss of two young fans – dear little Toby Nye and our own Super Strong Sophie Taylor – and show how football can unite rather than divide. That’ll be nice.

I hope so too. Cancer knows no colours, and it would be fitting to see the club and the players honour both of them. Not to make this about me, but I have twin six-year-old girls, and I can’t imagine what either of the parents are going through right now. It’s absolutely heart-breaking and puts everything in perspective.

It really does mate and makes all of the petty squabbling over our respective teams seem rather puerile.

But, on to the game… we’ve both wobbled a bit of late. Is yours over? While our performance levels have been good, our results suggest we-re still mid-wobble.

Leeds mini-slump has occurred after the busy holiday season and then an FA Cup match that everyone, including, it appears, Bielsa, couldn’t have cared less about. The match against Derby was honestly as about a dominant a match as anyone’s seen from Leeds in years, if not over a decade. The loss at Stoke wasn’t great, but players are starting to get fit again and Leeds will be fine.

Hhmm, while that wasn’t what I wanted to hear, I’m not surprised. I saw that performance against Derby and… yeah… what you said.

We had a good view of Bielsa-ball early on in the season and were impressed. Little did we imagine that day that we’d be up there with you as the season progressed. The gulf seemed massive. Are you surprised?

To be honest, yeah.  Last year both Norwich and Leeds were in the running for the 13th spot in the Championship, and while we brought in an Argentine magician, it seemed like Daniel Farke wasn’t going to get the chance to last another year. How things change.

It caught us a little off guard too if we’re honest, not that we’re complaining of course!

We hear a lot about the ‘genius of Bielsa’, and given his CV and reputation, there clearly is something. What does this look like close up?

As the guy who runs Inside Athletic (an Athletic Club Bilbao blog) put it to me after the first game, it’s like Bielsa is playing the game on easy mode. He’s got all of his players on the same page. Everyone seems to buy-in and no one ever quits. Someone asked him about a plan “B” option during an early press conference and the response was close to 15 minutes of Bielsa saying that plan “B” just means that you don’t have faith in your “plan A” and if that’s the case, then no one will believe in it because the manager doesn’t really believe in it either. Back in Argentina, the man once had a TV installed in a pickup truck and had people drive him to and from home so he wouldn’t have to waste time and could watch more tape. He’s a football obsessive and I don’t think he cares about anything else in the world other than football.

He’s a cult figure for a reason, and his ability to sell his vision to the players and get them to all perform at high levels is nothing short of remarkable. After the press conference where he lectured everyone about his methods, the Newells’ Old Boy English Twitter said something to the effect of “this is why we named our stadium after him” and I get where he’s coming from.

Good answer that. Seems that the hype appears well justified.

We’re incredibly unpopular in Yorkshire – we looked on with amusement at the Sheffield Utd/Leeds love-in last weekend – but putting the beef to one side for a moment, what have you made of our season so far?

Besides Leeds, I want to see the teams of the people that are nice to me succeed, so I’ve been pleased to see Norwich do so well. In all seriousness, I know a lot of Leeds fans aren’t very pleased with Norwich given some of the history between the clubs, but it’s been remarkable to see Norwich pull out late victories. Just don’t expect to do it against Leeds, as we’re pretty good at that as well.

All of this lovefest between Leeds and Sheffield United makes me uncomfortable, to be honest. Plus, weren’t they the club that sued West Ham after Carlos Tevez scored at Old Trafford to keep West Ham up while they couldn’t beat Wigan at home and were relegated?

Yep, been plenty of double-standards doing the rounds, but that’s football supporters for you.

So, who’s going to hurt us tomorrow? Am guessing Roofe is among the names you’re going to mention?

Kemar Roofe has been reborn this year, scoring goals like he did at Oxford United. I compared him to Dwight Gayle at the beginning of last season and said he was being misused as a winger, and while I might break my arm patting myself on the back, he did show flashes last season, but it was overshadowed in the pile of sh!te that was the Heckingbottom era at Leeds.

As for names to look out for, Jack Clarke is living up to the hype, although Bielsa has been loathe to start him for a long time because he was nervous about his age and development. Pablo Hernandez is, as usual, the straw that stirs the drink at Leeds, and he’s been the most important player for Leeds this year.

On the basis that most Leeds fans think you’re already up, who do you think will be joining you in the automatics? ? Was going to ask, who would you *like* to go up with you? But I think you’ve disarmed me with that one.

Again, I want the people from blogs who are nice to me to go up, so sure, I hope Norwich get into the automatic places along with Leeds, and because I like the people at 7500 To Holte, I want Aston Villa to nick a playoff spot and go up. However, with my head I think that Leeds and Norwich will probably be the automatics and Sheffield United will likely be the playoff champions, or some combination of that.  West Brom might be able to pull something off as well, but I think that Sheffield United (or Norwich) will likely be able to beat them in the playoffs.

To be honest, we’ll take second all day long. Shall we just call a truce now and end the season after 29 games? No?

Okay, so,  finally, a score prediction for tomorrow?

Leeds 2-1.  A nervous, tight game for all involved.

Thanks to Pete for his time.

Here we go then. Crunch time – except with 17 games to go it isn’t really is it. But, there is no escaping the fact this one’s a biggie, if an unexpected biggie. Who’d have thought we’d be here after that spanking they gave us early in the season… but we’re second because we deserve to be and this is no time to choke. So… what do the team think?

Penney predicts: I absolutely hate going against our lads so I shan’t. A nervy, tetchy draw for me which would suit us down to the ground. Leeds 1, City 1.

Andy assumes: Bizarrely, I’m expecting more from Saturday than against Sheff Utd. Whereas that was a tight, nervy technical bout, Leeds will be a Slugfest between two heavyweights. I’m going 4-2 Norwich for the result of the season.

Gaz guesses: It’s a battle of head and heart again, and I simply refuse to let head win. This lot are nothing if not resilient and never lie down, so I’m going for a thrilling 2-2.

Cookie concludes: Leeds rolled us over in the first fixture but we have become a very different proposition. Anything is possible but I’m going with 0-0 heading into injury time and Leeds to win 2-1.

Stew suspects: Could be anything.  If I have to stick my neck out – the point of these predictions, I suppose – I’ll go for us to preserve our unbeaten away record, just. 2-2

The oppo’s opinion: A nervous, tight game for all involved. Leeds 2-1.

S to the E@CanaryEllis·
5m