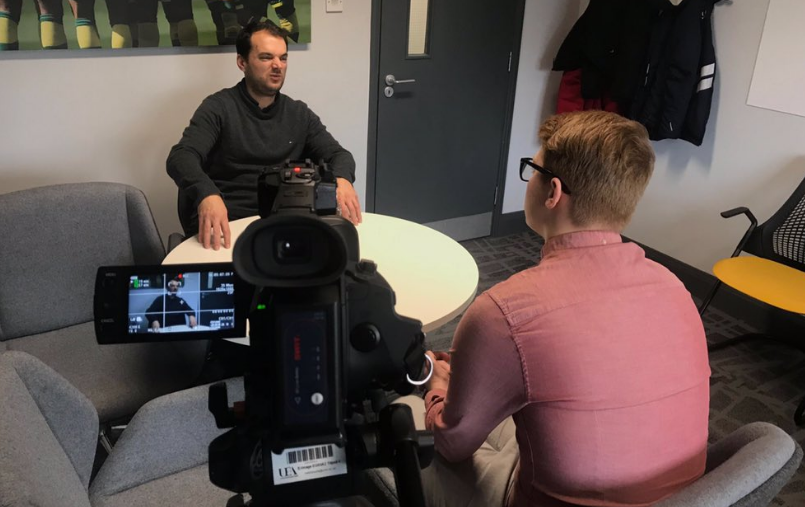 Prior to his arrival, there was a sense the academy was being run independently of the senior squad. English football, as a whole, is rife with talk of the need for flourishing academies but very few seem willing to invest and dedicate time to the process of developing young talent.

Naturally, there are numerous reasons for this, ranging from a lack of job security for managers in England, to simple lack of trust in young players.

But inside the walls of Colney, you can feel it. You can hear the excitement in Webber’s voice as he talks of one of his favourite footballing topics. This isn’t just a money-making route designed to aid the running of a self-sustainable football club but is something he would insist of regardless of finances. And there’s something refreshing about City’s approach.

You only have to glance at the first-team to see four academy graduates performing regularly, all involved in a side who are competing at the summit of the Championship table. It goes without saying that envious eyes will be watching in an attempt to understand the secret of how Norwich are producing this conveyer belt of talent.

For Webber, the recipe is simple: provide opportunity and allow for expression.

“Every single club has young players who are good enough. We all invest a lot [on academies] and so, even if you’re not very good, you get good players by default. What you have to do, and this is where we get it a little bit wrong in our country, is we don’t provide the bridge for them. If there is no relationship between the academy and the head coach, then nothing matters.

“If the person at the top isn’t willing to pick them, then the whole thing is a waste of time.”

Webber oozes knowledge and energy when discussing this topic.

His beliefs on the subject have been based on his involvement in youth academies and his observations of how this is managed abroad. Youth development is something critically undervalued in English football, with many choosing to neglect an academy while still plunging hefty resources into it. Having a Head Coach willing to play young players was key when Webber went in search of his new man.

“This [the group in 2016] was a failing group of players, you can’t just flick a switch and expect them suddenly to get promoted, whoever you appoint as your head coach. I actually looked at it and thought, ‘this group of players isn’t good enough to do that’.

“So, we asked ourselves, what is it we want to do?

“Fundamentally, it came back to three key things: employ someone who has a certain style of play which we can build the club around, somebody who’s going to be open-minded in the transfer market, so accept foreign players, maybe players discarded from other clubs and the third one is someone who is going to promote young players from within.

“That person has to fit into those three things, it doesn’t work if they have a great style of play but won’t develop young players.”

As a result, the club’s approach to youth development has shifted – from a disconnection between the academy and the first team to a cohesive, smooth-running youth system that’s currently envied by many in the English game.

For Steve Weaver and Stuart Webber, the focus was on methods of developing the young talent.

“What we do in the academy isn’t a direct mirror of the first-team, so if you come and watch our youth teams, they’ll play in a similar way to our first-team, but we make it a bit more position specific.

“We look at what we can’t afford at first-team level. It’s very hard to buy strikers, wingers who score goals and full-backs, especially left-backs in this day and age. So, we’ve put a big emphasis on those positions, so when you watch our younger age groups, a lot of them play 4-4-2 because we want to get two strikers on the pitch.

“Although we play 4-4-2, we don’t smash it long for one striker to knock it down to another. We still play football our way and want players to be bright and tactically really smart, press the ball the same way. It’s just done in a different shape, but the idea and the identity are the same.

“We want to try to produce strikers because they are the ones we can’t go and buy. It’s difficult for us to sign a Jordan Rhodes but we can try to make a Jordan Rhodes.”

The psychology of managing young talent has shifted. In previous years, we’ve seen young Canaries become victors of the FA Youth Cup, but Webber has overseen an environment whereby education takes preference over winning football matches. Something he claims will create players.

“The results, we don’t care about. For the simple reason that the end result means we have to get young players in our first-team or in another professional first-team who can make us money.

“There lots of ways of doing that. Some clubs decide to keep their players together until they are 22 then hopefully, they make it to the first-team. We’re big believers in creating opportunity either straight in our first-team, such as the Max Aarons route, who plays in the under-18s and a year with the under-23s before training with the first team in pre-season.

“Clubs like us get criticised for appointing a foreign coach but they’ve actually got a pair of b******s and they’ll go, ‘yeah, I’ll chuck that young lad in’. So many times, we see it with British coaches, some, not all of them, where they are scared of upsetting senior players or the dressing room.”

Part three of Connor’s interview to follow and the full interview will be available on MyFootballWriter’s new YouTube channel over the weekend. But if you can’t wait, here’s a taster.