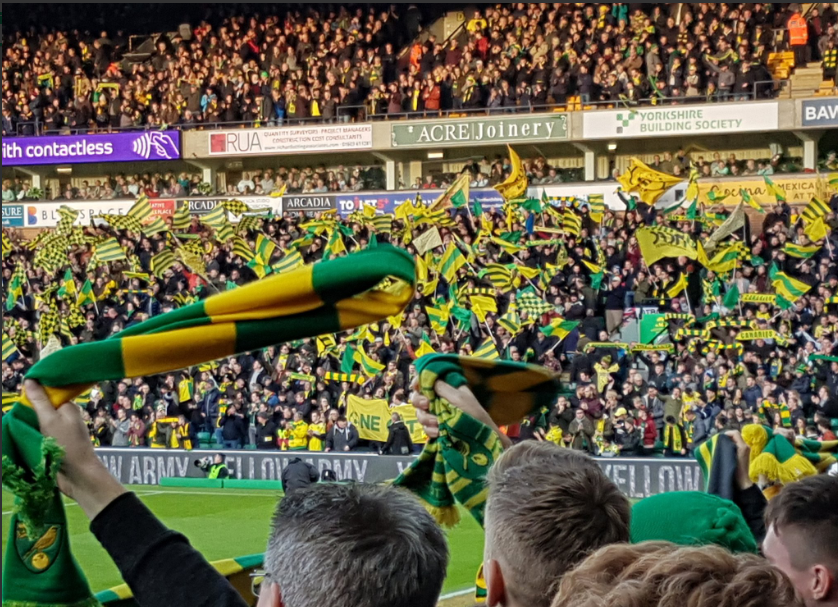 Alex Bain, regular commenter and occasional guest blogger on MFW, has returned to offer his thoughts on all things NCFC and beyond. All yours Alex…

For all 24 clubs in the Championship and those in Leagues One and Two, it’s a balancing act. The question is always, ‘how do we balance our supporters’ expectations with what is affordable?’

At the start of this season, most City supporters didn’t expect to be where we are at this present time, and I for one would have been more than happy finishing in the top six with a remote possibility of promotion and, to be fair, that is still the case.

Many teams around and below us spent more than City did on incoming transfers, and so were expected to be more successful than us but, as I was always taught, it’s more about how you spend what you have rather than the price you pay.

In the recent past, City have spent millions on players that have proved expensive flops (and we can all name them), but due to falling revenue the club has instead looked to the continent, mainly Germany, for cheap replacements and bargain buys. As it’s transpired, this has not been such a bad thing after all!

Mo Leitner, Christoph Zimmermann, Tom Trybull, Mario Vrancic, Emi Buendia, Onel Hernandez were all reasonably priced, and with Teemu Pukki and Tim Krul snapped up on free transfers, all are proving they are far better than their ‘value’ dictates. Add to that mix, Max Aarons, Ben Godfrey, Jamal Lewis and Todd Cantwell from the academy, and we are where are minus anything resembling a big spend.

As the season stands, if it finished now – or even with City in the playoffs – it would be a great season and far more than I expected or hoped for.

Many of us bemoan the owners at times – and I will freely admit I thought they had outlived their sell-by date by some time – but give them credit. For the past two seasons, they have, for once, put the right people in charge.

Certain clubs are not living up to their expectations this season, while others are well under-performing – Ipswich and Bolton to name but two – and some have, apparently, got lucky. But the league doesn’t lie, or so we are told.

In other news, our friends from Leeds have been fined £200k for their Spygate misdemeanours, but where does that money go? Also, the new rule that says a team can only watch the opposition train 72 hours prior to playing them unless invited, but does that mean that ordinarily, you can spy on training 24/7?

One of the more fanciful rumours doing the rounds is that WBA could, if they happen to get promoted by a single point, be the subject of a court case by virtue of Dwight Gayle’s dive against Nottingham Forest – the precedent seemingly being the West Ham/Sheffield Utd spat over the Tevez/Mascherano transfers. Let’s not hold our breath on that one though.

My final thought concerns past academy players at MK Dons (Conor McGrandles), Barnsley (Cameron McGeehan) and Rangers (Glenn Middleton), all of whom have established themselves after departing the Fine City before getting close to the first-team. Am I right to think that maybe these three just might, at some point, come back and haunt us? All are gaining great reviews, so did we release them too soon?

I guess that is a question we will have to wait for the answer to.

On a similar note, Tristan Abrahams and Pierre Fonkeu seem to have drifted out of the picture – one’s at Yeovil but can anyone tell me where the other is?

Can anyone help Alex with his final question? Given that his blogs have been something of a lucky charm, expect to hear from him again during the run-in!