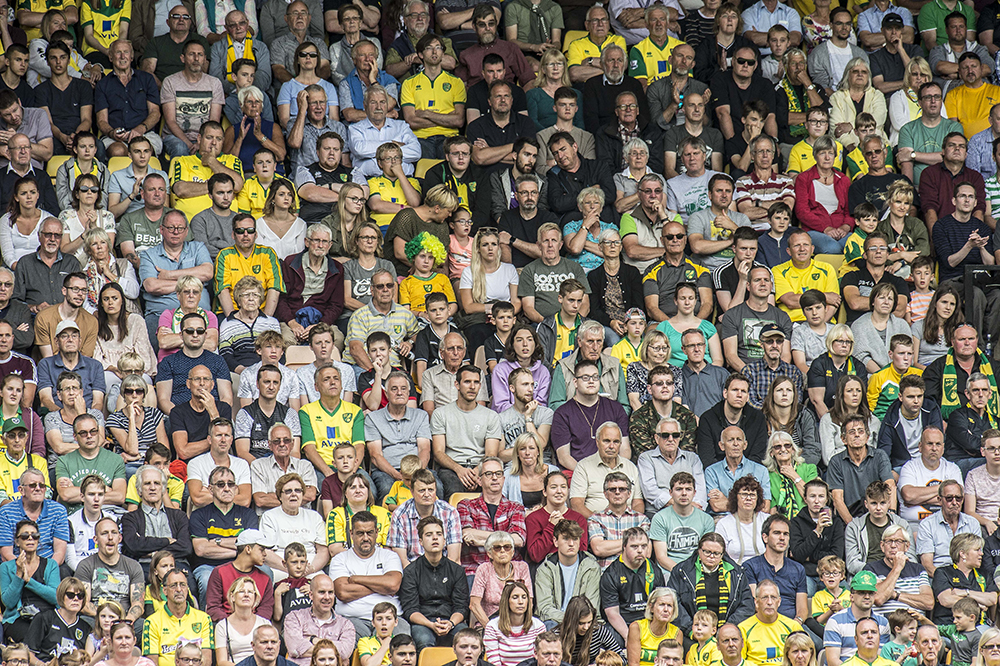 It was a case of ‘If you can’t beat ’em, join ’em!’ on MyFootballWriter this week as a new advertising partnership saw Bet365 and other betting agencies sponsor a home page ‘push down’ ad.

“The ad is designed to be seen just the once in any 24-hour cycle so we want to keep its level of intrusion to a minimum,” explained the site’s founder and publisher Rick Waghorn this afternoon.

“But the reality is that we have to go where the money is and when it comes to football as the Canaries themselves discovered with their Leo Vegas tie-in so the money for advertising and sponsorship purposes lies with the big gambling and betting houses. It’s just life.

The new ad network deal is the second major fund-raising initiative the site has undertaken in the last month with the launch of the Patreon membership model already attracting some 30 paying members to the site, to whom we’re extremely thankful.

The ambition is to reach near the 200-mark – still less than 2% of MyFootballWriter’s average monthly readership.

“That’s still the aim,” Rick reported. “If we could just get up towards the 200-mark then we would be a long way towards achieving our goal of making the site self-sustainable for Gary [Gowers] and his team of writers.”

The membership model is split into four tiers with the lowest starting at just $3 per month.

“About the price of half a pint of beer,” Rick pointed out. Anyone interested can follow the link here.

The site is always keen to hear from local advertisers too. Simply drop Rick a line at rick@myfootballwriter.com for further details.

Gary, the site’s editor, hoped that the new advert format would keep disruption to a minimum.

He said: “This was never part of the grand plan but the current economic climate is such that in order to keep the good ship MyFootballWriter afloat, we were left with no option but to explore all avenues.<

“We hope MFW’s loyal readership will understand and will see that the ads are not especially intrusive or annoying. If they were, we’d think again”.

Thanks again for staying with us good people. Never taken for granted.