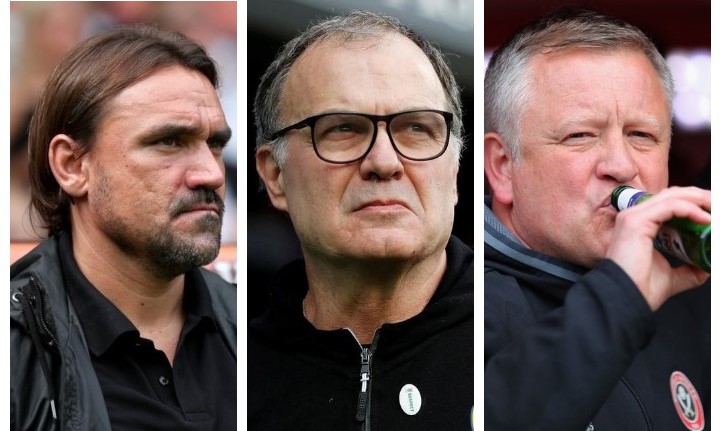 ‘Tense? I had to have an entire kit change at half time!’

That was a message I received from my mate Scott after Friday night’s game and in no way do I disagree with him.

The conditions were dreadful, Swansea threatened to overwhelm us in the first half and the fixture tested our resilience to the full. And we came through, with the three points – ultimately well-deserved although I’m sure some of the brave band of travelling Jacks might disagree with me.

Graham Potter obviously knows his stuff and had worked out that pushing high on Jamal Lewis and Max Aarons would nullify much of our attacking threat. It worked a treat for them until that moment.

Our erratic but sometimes unplayable man who may have left the Argos checkout desk in order to get to the game on time cut the ball back perfectly for Emi Buendia. One brilliant touch with his right and then the left foot provided a cracker.

I swear it was hit so hard and true that it bounced straight back out of the Barclay net but that might be my sense of euphoria talking.

I wish there was an alternative phrase to squeaky bum time, but I can’t think of one just now. We could and should have scored a second, maybe even a third. Equally the Swans could have pegged us back so a 1-0 against a clean, hard-working side who play pretty much along our own lines? I’ll take that any day of the week.

We conceded what seemed to be one heck of a lot of corners and a few set pieces but largely defended them well. A couple of scary moments but nothing to freak out about really.

Referee Robert Jones didn’t get everything right but was far superior to what we have recently witnessed. I think he was even taller than Zimbo and a physical presence such as that always helps the principal official.

I honestly cannot remember no added minutes at the end of a first half before either. Totally accurate of course. But…

So now there are ten.

Have a flick around t’internet and you’ll discover that everybody thinks we’re nailed on to go up. Even Leeds, Sheff Utd and WBA fans. They might not like saying it but say it they do. Fair play to them.

And as much as I hate to say it, Leeds deserve promotion too and the Blades should be the play-off winners. Not clubs we particularly have an affinity with, but we cannot deny the evidence. Good sides, both.

So next up is Hull, complete with Jarrod Bowen, who we are rumoured to be interested in buying.

From what I’ve observed, Nigel Adkins has turned them around and they look to be a good outside bet for the playoffs. But if we do a job on them and then Rotherham, surely we’re just about there?

To play as disjointedly as we did against Swansea but still come away with three more points in our locker makes my past experience of NCFC tell me we will do this.

Although I’m a very much a heavy metal fan as regular MFW readers will know by now, I have always had a place in my heart for Motown. Particularly the Temptations, who amongst many others did I wish it would rain – so beautifully covered by Rod Stewart and The Faces.

But on Friday night I wish it hadn’t had cacked it down quite as much as it did. Sure I got drenched – we all did.

Luckily, we were playing a true footballing side in Swansea. Certain other teams might have exploited the conditions and left us in deep injury trouble at the end of the match.

We’re in the final straight now and, like Scotty, I think I’ll need to inspect my kit on a regular basis.