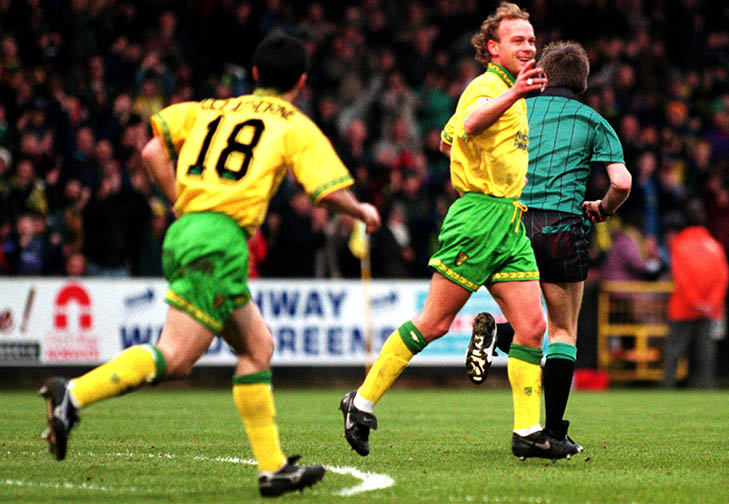 Whenever you find yourself sat in the company of a former footballer, it’s glorious to see the twinkle in their eye as they cast their mind back to their playing days.

As a supporter, it’s always intriguing to consider how footballers cope with retirement. After working tirelessly through their teenage years to fulfil their childhood dreams and seeing their hard graft rewarded with a playing career, to see it suddenly end must be truly mind blowing.

The mechanics of what makes, or did make, a footballer is something that interests me. A close look reveals the importance of ego, why clashes in the game are so common and how both the highs and the lows are so heartfelt.

Without ego, there’s weakness. Put simply, if a young footballer cannot believe in his own capability, then who else is going to do that for him? This became evident when chatting to an ex-City player.

Yesteryear, the perception was footballers had to ‘men’; tough tackling athletes who could run all day and who placed physicality and hard graft over technique. A criticism that is not, but simply an example of the personality required to succeed.

It’s a tough, harsh environment and having to possess the resilience to respond to every bump in the road is a fundamental characteristic.

Sitting down with footballers is similar to that famous Forest Gump quote regarding a box of chocolates. And my chat with Jeremy Goss revealed someone who placed his love for the game ahead of any material gains. His honesty and warmth were infectious and refreshing.

After the camera’s stopped rolling and the microphones were turned off, Gossy turned to me, put his hand on my shoulder and said, “How was that? Did I come across as myself?”

And there, in a nutshell, is a perfect illustration of the man; one who wants to be defined beyond ‘Jeremy Goss, the Norwich City footballer’.

With emotion at the fore throughout, this interview is a reminder of how much some footballers are in love with the game. To hear Gossy exude such passion for the game was genuinely a pleasure. 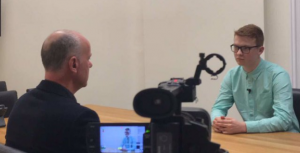 Gossy on Munich and the European Run…

‘Sometimes, it’s as though as it was yesterday. Other times I forget what I’ve done in my past. I forget I’ve been a footballer and that we’ve achieved so much.

‘You’re reminded some nights when you’re driving home, staring through your window. Wow, that was us. We really did that. We achieved all this. It was a special time in my life and for the football club. To have done so well in numerous seasons and for that to climax in the European run was well deserved.

‘The squad of players that he [Mike Walker] inherited from Dave Stringer had been together for some five or six years. We all came to the very top of our game after those five years. We were playing the best football of our lives, each of us. We weren’t a kick and rush team, we wanted to play two touch and below knee height.

’25 years later, it’s a joy to still be speaking about it. It’s a real honour to be linked with something so special that happened and for the very best football team. I idolised the club; I have ever since 1981 when I arrived here. To achieve so much in that period was very special to me. It was the greatest stage of my life.

‘My expectations were to establish myself in the team and win games. Even when we got knocked out by Inter Milan, I thought we’d be there again. We had a glorious opportunity to beat Inter and progress. Sadly, we came up against a magnificent side and Dennis Bergkamp. My thoughts were, we were really going to achieve and progress.

‘I still dream of what might have been, could have been had we of beaten them.’

‘We did the simple things well. We trained to the maximum and had a group of lads with the same energy, passion and desire to improve themselves and achieve for the football club. We wanted to give back, in no uncertain terms, massive energy and commitment. 100% effort was a minimum criteria for us.

‘We were all like-minded of what we wanted to achieve.

‘We had intelligent footballers, we had very fit footballers and players who were, individually, nine out of tens every game. They were the very best at what they did. That hidden ingredient was that we were a group of chaps who wanted it desperately.

‘I was with him [Walker] in the reserves. He was my manager for a long time and he knew what he was getting from me. In terms of man management, he was amazing with me. On his first day, he walked onto the turf and said to me “I’m going to build this team around you”. He may have said it to everybody, but it made me feel like a real asset to the football club.

‘He knew how to speak to me, how to treat me but also how to give me a rollicking or praise me in a small group. Be it a tap on the shoulder and he’d say “brilliant”. It was a big thing for me, him getting me in the team and giving me time to produce.

‘Individually, we knew where we stood with him. I had a great relationship with him and he knew how to get the best out of me.’

Gossy on waiting for his chance…

‘Football owes you nothing. You’ve got to go out and earn it.

‘I was one of these hard luck stories. I wasn’t versatile enough to play in a lot of positions. It took me a long time to establish myself as a central midfielder.

‘When the good times came for me, it was because I had confidence, knew the manager had faith in me and what I could do in the team. It was never, “I’ve arrived” because you’re only as good as your last training session.

‘It was 238 games in the first-team, and I look back and think, I got all I could out of it and I hope the fans realise I gave my all for them. I was a huge tryer and I had a huge love and passion for this football club. I could have moved on, to Manchester City or Barnsley but I stuck it out. I was so appreciative to play for this club. It was a massive honour.

‘I could tell a huge sob story, but I don’t. I’m grateful for what I achieved. The Leeds goal, the Liverpool goal, both the Bayern legs, playing for Wales. How lucky am I to have a taste of all that? That’s what I look back on.

‘It was the graveyard shift.

‘You’d drop your chin on your chest when they announced the players who were in the reverse team squad. You are running until you drop because there isn’t any training until Monday. You’re watching the first-team practice their set pieces and wondering, how do I get over there?

‘Back then, you thought it meant nothing, but it was your chance to prove to the manager you were ready. You had to impress, and you have to give the coach some respect.

‘There isn’t a lot you could learn in the reserve team. You just have to keep going and show your desire to improve and play well. Be the guy who is the standout guy. Usually, it’s a mish-mash of players in a basic formation. All you got was match practice although it wasn’t first team tempo.

‘It was a pretty poor environment to live with. All you can do it work your hardest and lift your head up to try and get into the first-team.’

‘I was told the club had no money. As a contract-based player, I had to leave It was the end of the football club for me.

‘Martin O’Neil never played me, I started playing more reserve team games and I wasn’t performing. Eventually your body tells you can’t do what you did a year ago or even six months ago.

‘It was disheartening, and it was a sad end to what was an amazing working relationship with the football club. It fizzled out. It wasn’t a case of people coming to watch my final game at Carrow Road and my family going on a lap on honour. None of that. It was, whatever happened to Jeremy Goss! Did he die? He’s just disappeared!’

Gossy on the current Norwich side…

‘If we can get to 90 points, then you’re going to be there or thereabouts for automatic promotion.

‘I’m hugely impressed with how the football club has changed their philosophy to bring into a German manager. I love that idea. He brings in a mentality of ball retention that the fans are unsure about, but that’s the European way.

‘The refreshing thing now is we have the ability to go forward and create with ability and style. The successful teams have a solid spine. Every player is a leader and a captain. If you look at our side, everyone was a leader and a creator.

‘My prediction is only a positive one. I can only see automatic promotion.’

These are just a few excerpts from our exclusive, in-depth interview with Norwich City legend Jeremy Goss. To hear much more of this, watch our video on YouTube or listen to it in podcast form thanks to our Soundcloud.