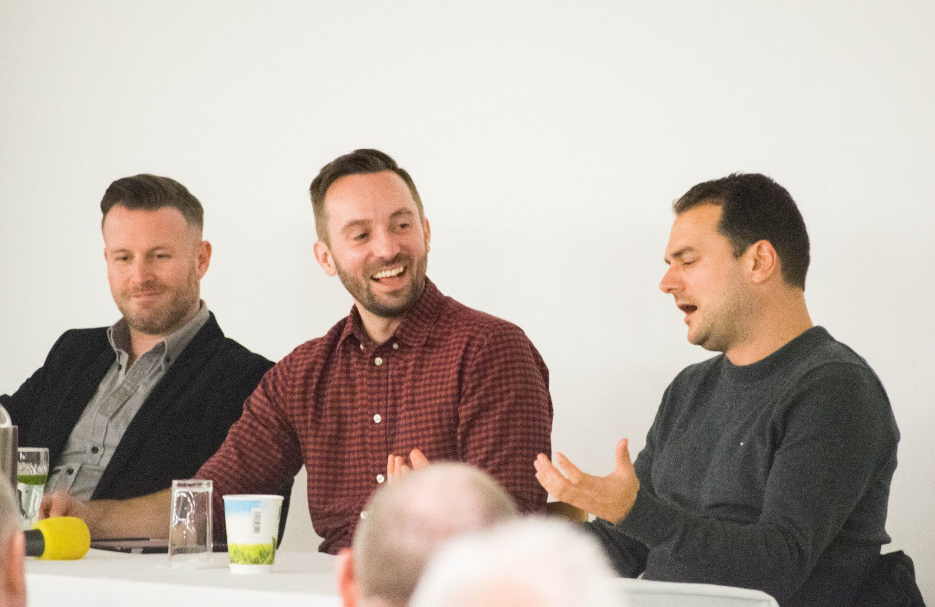 Last week’s Canaries Trust AGM carried on the feelgood factor that has surrounded the Club this season.

The Trust has had a hugely successful year purchasing a further 426 ordinary shares and five Preference B shares on behalf of the fans as well as receiving a donation of 12 more and is now within striking distance of making City’s supporters its 13th largest shareholder.

It has also played an active part in the Club’s meeting with the Sports Minister about safe standing and developed its work with worthwhile projects like On the Baw – a campaign to put free sanitary products in football grounds to which 74 clubs have already signed up and we hope to make City the 75th – and the Offside Trust, which is a brilliant national organisation that supports survivors of childhood abuse by football coaches and is led locally by one such survivor.

We have also raised funds for the CSF’s excellent Nest project.

However, the undoubted highlights has been the Foodbank collection that we organised before the recent Swansea game, which saw over 700 kilos of food and nearly £900 donated by City fans.

As is traditional, the AGM was followed by a Q&A session provided free to all fans whether Trust members of not and this year the hot seats were taken by Stuart Webber, Bundesliga and Quest TV commentator Dan O’Hagan and the EDP’s Michael Bailey.

It was a fascinating evening, with Webber on top form as he ranged from the comedy of him acting out a scenario of cowering beneath the bulk of Grant Hanley as the Scot demanded he go out and sign Tim Krul, to clear anger at some of the crowd reaction to the goalkeeper’s error against Hull. It says a lot about how far we have travelled that when he was critical of elements of the support at last season’s AGM there was a huge amount of righteous indignation on social media, yet this year everyone seems to have agreed with him!

Webber pointed out how vital the likes of Krul and Jordan Rhodes were as leaders in the dressing room and went on to extol the virtues of Emi Buendia at length, telling us that a friend had told him that he’d never seen him get as excited about an individual player as he did about the little Argentinian, who he said has the highest level of football intelligence he has ever seen.

He talked about the chemistry in the dressing room and how important personalities are in achieving the right mix and that signings, and releases, had been made with that in mind. He also said that the goal before pre-season was to be around the playoff places but that pre-season itself had suggested to the management team that the potential was greater although that opinion was kept internally for obvious reasons!

Perhaps most interesting was a comment about the youth of the squad and the fact that he feels that the relative naivety of some of the players is actually a positive in terms of handling pressure. As he pointed out, a fullback who knows the Championship might feel apprehensive about facing someone like Tom Ince, whereas Max Aarons would simply say “who’s he?”!

It was also interesting to hear that the scouting team have always run both a Championship and a Premier League list of targets in readiness for any eventuality, and also carried out research on leagues which are currently untapped by English clubs as Brexit might make football scouting more global. This is a man who thinks of everything.

Pressed on what would happen if we go up, Webber confirmed that we would avoid the Fulham model of mass change and look at keeping what we have while adding four or five. He also emphasised that English players are overpriced when you compare them to the likes of Buendia and Onel Hernandez, and with the Premier League rules on foreign players more relaxed than the Championship, I think we could see more of the policy of the last two years.

Dan O’Hagan also made some interesting points, not least the fact that he felt that City were already on a par with a number of the lower Bundesliga clubs in terms of playing strength while employing very similar management and scouting structures, but that Norwich are clearly building all the time.

I hope that gives a flavour of what we heard last Thursday, and more importantly, I hope that some of you will want to join the Trust to help support the work that we are doing. It costs just £12 a year and you can join online at www.canariestrust.org, with every penny that we make going to buy shares to be held in Trust for you the fans.

So please sign up and get your own little piece of Norwich City!