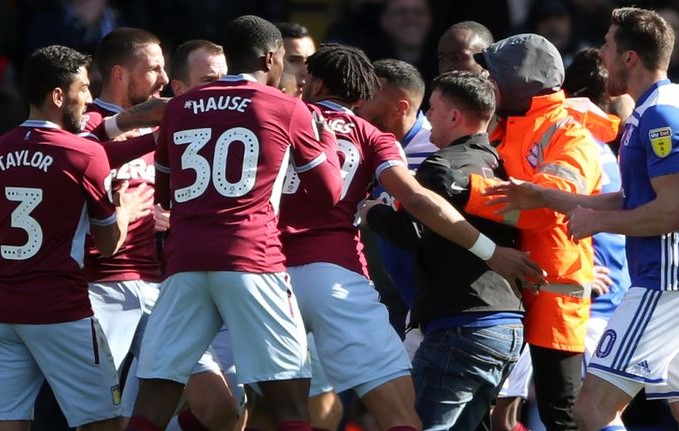 My first ever Norwich match was a strange introduction to the club I now love.

Birmingham City 1-1 Norwich City, 21st March 2009. It was a dull contest in a devastating season was my first delve into the yellow bubble that we all inhabit so gladly at the moment.

The context and result aside, you would expect six-year-old me to feel exhilarated by my initial exposure to the world of football, wouldn’t you? To experience some sort of epiphany where I realised my love for the Canaries.

Well, that didn’t happen; that realisation would occur, weirdly, in the 2009/10 League One season during a 2-1 loss away at MK Dons.

In fact, the only emotions I took away were discomfort, boredom and exhaustion. The same sentiments that led six-year-old me to continually ask my dad (throughout the match) whether we could leave early. He finally surrendered in the face of youthful petulance with five minutes to go and exited the ground with his mentally spent son in tow.

It’s something over which I hold a lot of internal distress, even as I write these words close-to ten years on.

Don’t worry, I have a high enough level of self-awareness to realise how dramatic and infantile that might sound, but then again, I’m a football fan.

Every one of us knows our minds work in different ways to the rest of the population; we blow things out of proportion because they relate to something so colossally present in our lives.

That doesn’t mean that the excessive emotions we feel are not authentic, however.

I feel guilty about not falling in love there and then with City. I feel ashamed that my first game wasn’t actually at Carrow Road, but St. Andrews. And I feel irritated with myself for only recognising 3 members of that particular starting lineup even today.

The gradual growth in my affection towards the Canaries damages, at least in my mind, my own view of myself as a committed and securely attached supporter.

In other words, I feel insecure as a Norwich City fan.

It is my untrained psychological assessment that insecurity in the average football fan is an unhealthy thing; it causes a need to prove to one’s self and others that they value their club’s success and pride over other’s quality of life and even their own.

Continuing my hypothesis, I believe it is this very same mix of anxieties that caused that Birmingham supporter to make his ungainly-way onto the pitch and shove – the right hook was resoundingly missed – Jack Grealish to the St Andrew’s turf over a week ago.

That man has lost his job and gained a prison sentence all because he felt he needed to assure himself that he cared more about the colours of blue-and-white than blue-and-claret.

He was insecure (that word again) about, not his ‘Zulu’-street-rep or pride, but his very identity. Because when you care as much about your club as he, or I, or many of you reading this will, football is inextricably intertwined with who you really are – the very core of your being.

Essentially, that Blue’s fan and I share, at least from my point of view, a fair few similarities: we each hail from the same city, both consider football to be massively important in our lives and ultimately each carry a sense of insecurity around our faith in our separate football teams.

Therefore, if my parents hadn’t educated me on morality and emotional intelligence throughout my life in the way they have, and if my dad had sold me a graphic story of 1980s football hooliganism, then maybe, just maybe, I could possess a similar mindset to that particular Bluenose.

Despite my insecurities surrounding the actions of me a decade ago, I have never resorted to physical violence to get-one-up on an opposition fan and, unless Grant Hanley himself sets-up a ‘yellow army’ youth firm, I doubt I ever will.

I think it is safe to say that the majority of football fans in Britain are disgusted by any violence that has football as the ‘justification’. I also believe that the vast majority of Norwich’s support-base is happy that we don’t have anything too similar to The Zulus of Birmingham City or The Subway Army of Wolves.

Despite this, it has shocked me how many tweets and Instagram posts I’ve seen defending the actions of that Grealish-attacker. One Norwich fan-page (which will remain nameless) even stated it was what “everyone in that stadium would’ve done” if they’d have had (paraphrased into more printable English) ‘the resolve’.

Seeing how the recent attack on a 32-year-old Manchester City fan by two Schalke ‘ultras’ (leaving the victim with serious head injuries) is still fresh in the national news, you would assume that more of the population would be conscious about the effect of allowing tribalism to overrule compassion.

Yet, it seems not.

Most of us know well that primal and unwarranted violent acts do not equate to honourable expressions of pride for the badge stitched to the front of your team’s shirt.

We also struggle to comprehend how anyone could commit a similar act to that seen in the Second City Derby where the attacker’s sole aim was to cause a Brummie in his early-twenties – one who’s accomplishing his childhood dream every single match-day – some suffering.

However, to solve this issue, football fans, clubs and governing bodies across the nation cannot continue to battle such troubles with self-righteous anger and life-long-bans.

Football is not a matter of life and death, it’s more important than that.

Attempting to understand the more twisted-side of the football devotee’s brain seems to be the only way to ever stop the sport from being a literal take on what the legendary Liverpool manager claimed.

It might take a lot of time, effort and, probably, exasperation but to recognise the insecurities of football fans and identify what makes them act in irrational and, sometimes, violent ways, may ultimately be the way to stop it.

On your Neck, City!@OnYourNeckCity·
52m