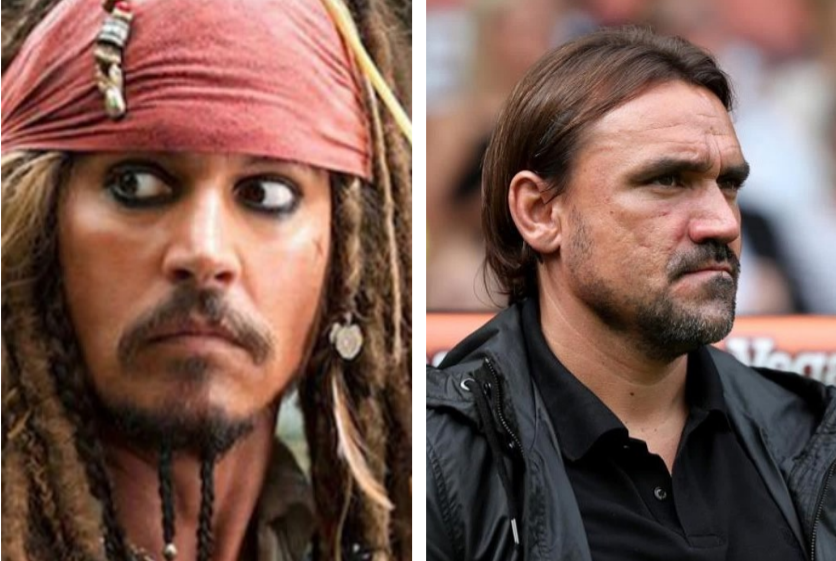 You don’t have to be a Bristol Rovers fan to love a pirate. Whatever our generation, surely we all love a buccaneer. Captain Morgan, Bluebeard, Blackbeard. Maybe Johnny Depp as Captain Jack Sparrow. Or even Long John Silver as portrayed by that old ham Robert Newton in the 1950s. I loved those old black and white repeats when I was a kid back in the day.

So what’s that got to do with Norwich City? Okay here we go.

In 1960 the band Johnny Kidd and the Pirates released a classic called Shakin’ All Over. Which I guess is exactly what many of us City supporters are doing right now. More of those particular Pirates later.

So with cutlass to the ready, a ration of grog and a little help from bos’un Alex B – who sometimes masquerades under his real name of Alex Bain as an excellent MFW guest blogger – I’m bold enough to stand on the foredeck and give my views on our final octet of encounters.

Over to the bo’sun first though.

“The next game at Middlesbrough will be a tough nut to crack but are we seeing them start to fall apart and suspensions could be their downfall. Pulis has not been quite the same since his long-term number two retired a couple of years ago

“The three toughest games to come will be Middlesbrough, Stoke and Villa. Boro are scrapping to finish in the playoffs and can’t afford many more slip ups.

“Stoke’s season could be over by the time we play them if they don’t win all their games.

“Villa will be an interesting away game. City should gave secured promotion by then and just maybe Villa will have secured a play-off place.”

Thanks for that bos’un. So here’s my two cents…

Middlesbrough are off colour but there is still the Pulis factor to consider. I would take a draw.

QPR and Reading at home I can pretty much lump together. Should be six points from those two.

Stoke are off the pace and I back us to win there. We owe ’em one as well.

Blackburn at home has to be a no-brainer. Win. Wigan away: not a no-brainer but still a win nevertheless.

A reinvigorated, Bruce-inspired Wednesday will be very much up for it and I only expect a home draw.

Villa away – I don’t fancy it. Zilch.

So if our Yorkshire friends can top 95 points fair play to either or (hopefully not) both of them.

And with cutlass back in belt I’m back to The Pirates. When Johnny Kidd died in 1966 the backing band, featuring one of the most able guitarists I’ve ever heard in Mick Green, carried on alone and released a few albums with little commercial success but continued to coin it in on the live circuit. God they were a great band to watch with a pint in your hand.

On an album called Skull Wars there was a track called We’re All in it Together .

That title couldn’t sum up the Norwich City community better.

Don’t be afraid to send MFW your perceptions of how the season will end – we’d love to hear from you – even if only to get us collectively through the boredom of the international break!

*Thanks to Alex B for his unintentional-ish input.

I live about 4 hours from Norwich and next season I really want to try and get to as many Away games considering most will be closer than CR for me.

Do I need a membership to have a decent chance of actually getting away tickets? Or is GS fine?

@MarcChuck @q8kudou @IamOrtonomous @davemac68 @paddyjdavitt @LFC I am sorry I didnt realise you were involved in the negotiations with #ncfc. Typical scouser, its always someone elses fault. FFS

OMG YELLOW NETS - the PinkUn message board will go into meltdown! #ncfc #otbc

wE gOt ScHoOlEd. Thick as mud you lot... #ncfc