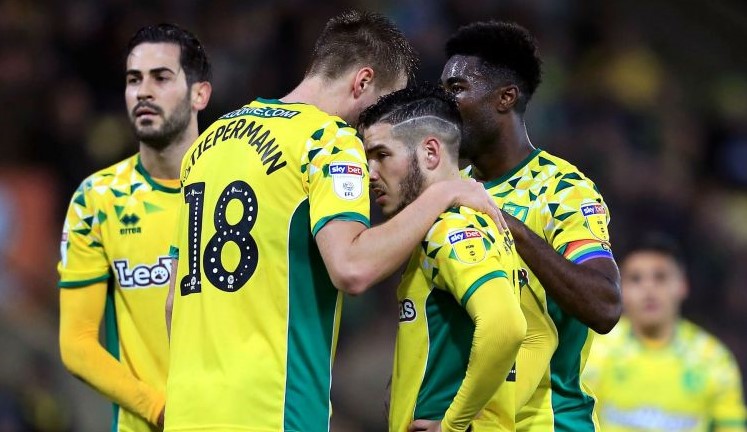 With just eight games to go, the prospect of promotion is rapidly transforming a romantic, abstract dream into something far more tangible.

Such is the distance this team of yellow and green heroes have travelled, overcoming nearly every obstacle the division has placed in their way and cementing a four-point lead at the Championship’s summit in South Yorkshire last weekend. As away days go, Rotherham was up there with the best.

The fans were united, relentlessly bellowing chants – old and new – and filling the New York Stadium an array of glorious, table-topping decibels. The colour and flags were out in force, creating the ‘yellow wall’ that has become such a marked feature of City’s season, both at home and away.

And the players, once again, were never going to let us down.

Without wanting to sound like the divisive Jake Humphrey, I do struggle to see any way these players are not going to take us over the line. Granted, it’s going to be a nervy, seemingly eternal run-in that may well go down to the wire, but our record of losing just two games since August suggests nothing other than that we really are the superior side in this division.

City’s rise has been well-documented. The fact that our recent starting XI cost us a mere £4.73 million – as tweeted by Kristan Reed (below) after the Rotherham game – remains nothing short of startling, a figure that only serves to underline the genius of Stuart Webber and Daniel Farke.

But if – and not yet when, unfortunately – we do go up, what happens next?

As Gary alluded to in his piece last Sunday, considerable bids for the likes of Max Aarons, Ben Godfrey, Jamal Lewis, Emi Buendia and co are inevitable. What is important is that the club resists the temptation to sell and instead maintains the core of this group that has brought such unity and joyous youthful spirit to Championship grounds across the country this season.

Many of my non-City supporting mates – of which there are many – have reluctantly acknowledged our brilliance this season. Such a trend has been a welcome change from their usual dismissal of our ‘irrelevance’ and inability to ever cut it among the big boys. However, if we do go up, their views are still characterised by that ‘you’ll either go straight back down or somehow come 17th’ sort of mentality.

But why should we?

If there’s one thing we’ve learned this season, it’s that Webber and Farke are deserving of our total and absolute trust. Together, they have assembled a young, buoyant squad on the cheap that has defied all the odds and may well win the division. And all that in an age of foreign riches and unedifying footballing rapacity.

Of course, he’ll have a reservoir of foreign names at the ready, a list of players who he believes can improve this already-brilliant squad he’s constructed. However, there is no need for radical change.

Call me the arch-optimist, but I genuinely believe that at least half of our current starting XI – and a few on the bench, too – could cut it in the top flight.

Cast your mind back to those games last season at The Emirates and Stamford Bridge, contests where City more than held their own and at times looked remarkably comfortable when faced with top class opposition. As many fans have alluded to, Farke’s footballing philosophy may even be more conducive to Premier League football.

And this isn’t merely a case of looking at things through the most yellow and green-tinted spectacles. What’s the point in supporting a football team if you don’t dream, don’t find a way of believing that they are capable of achieving something special over a long-term period?

To use the words of our baffling, intransigent (soon to be ex – Ed) Prime Minister this week – and contrary to how some fans approach supporting City – I’m on your side, Norwich.

All of this may just be speculation, though. We may not do it this season, an outcome that would probably leave a series of irreparable wounds and be acutely detrimental to the club going forward in so many ways.

However, I just don’t see that happening.

So why not dare to dream? Let’s not just go up, but let’s stay there, creating a legacy that those of us who’ve followed City for so many years can be proud of. There is so much to look forward to. If Webber and Farke can do what they’ve done this year, there’s no reason they won’t be able to achieve something spectacular again in the top flight.

Let’s get there first, of course, but the way this club is going, anything is possible.