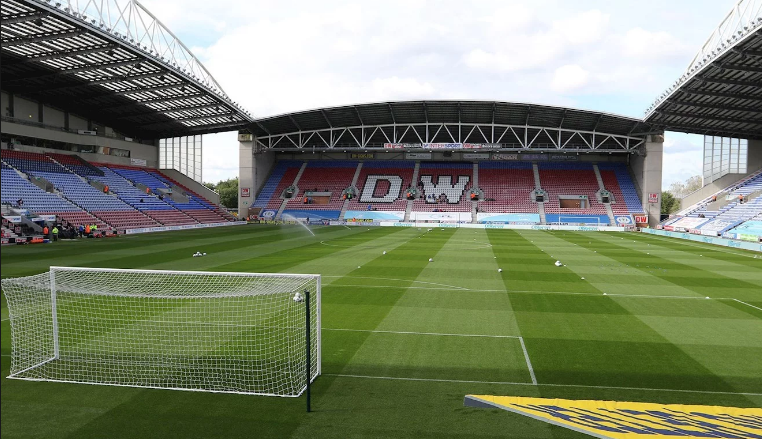 So, you probably know how it works by now.

In the week, or very occasionally weeks, before a game, we get in touch with a contact from the opposition and arrange to either chat with them on the phone or send over a few questions that will form the backbone of the MFW match preview.

We round it off with some gubbins from the team whereby Stew, Steve, Martin and Andy offer up a rational and well thought out prediction and I, by contrast, throw in a nonsensical and wildly inaccurate stab in the dark. Well, sorry folks, but today you’re stuck with just the gubbins.

Not for the first time this season, the best-made plans have gone awry, and unfortunately, my Wigan contact was unable to respond.

So, I’ll not witter on for too long around how massive this Sunday lunchtime in Wigan is for the club and how a win would take us to the edge of glory. And I’ll not wax lyrical about the 5000 plus City fans who will be creating a yellow wall in a few hours … you already know that.

I’ll also not reiterate the need for that yellow wall to make it feel like a home game for our heroes… they already know that too.

So, the gubbins it is…

Penney predicts: This one is a real heart versus head for me. It will probably be 1-1 but I’m not going for that because from what I’ve seen Wigan have little pace. So it’s 1-0 City in a tense match I reckon.

Andy assumes: Reading was an unexpected gut punch and it will leave a hangover. Sheff U and Leeds results could change the mood but I’m predicting a wobbly 1-1 to get bums squeaking.

Gaz guesses: For what it’s worth… I’m still not prepared to predict anything other than a City win but Wigan are a decent side at home. I’ll go 2-1 City.

Cookie concludes: Reading’s equaliser felt like the ‘end of days’ but in reality was no such thing. We’re top of the league for a reason… and it’s 0-2 to City for me.

Stew suspects: I’d worry if we hadn’t seen evidence of this team’s resilience, and of Daniel Farke’s exceptional man-management.  I’m backing us to come back strong.  2-0 Norwich.