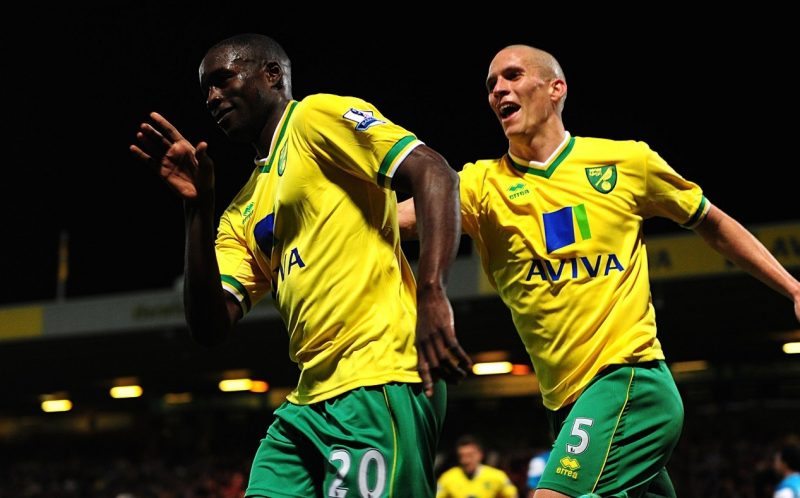 In November, the footballing world was rocked by the news that ex-Norwich City defender Leon Barnett was forced to hang up his boots at the age of 33 due to a heart defect that put his life at risk when playing the game he loves.

Barnett was an integral cog in Paul Lambert’s Norwich team that surged through the Championship before finishing in 12th position in the Premier League.

Leon played 55 times for Norwich, the majority of those games coming under Lambert’s stewardship. During that time he offered the Canaries some Premier League experience to a squad that had been moulded into a side who would pose questions of some of the biggest in the English game.

His defensive relationship with Elliott Ward was pivotal in the Canaries unexpected push for the Premier League, a time Leon recalls with pride and joy. Like so many, he had been written off at West Brom before a call from Lambert revived his football career and saw him achieve promotion in a squad where expectations were minimal.

As Leon spoke of his time in NR1, Barnett oozes enthusiasm and shares some cracking stories about his spell at Carrow Road. He spoke exclusively to MyFootballWriter about his time at Norwich, his heart condition plus the tenures of both Lambert and his successor Chris Hughton. 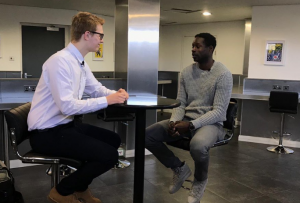 Leon on… the heart defect that ended his career.

“I was playing for Northampton, 32 years old, in the second game of the season in the Carabao Cup against Wycombe away. Around the 60th minute, I started to feel heart palpitations in the game. The game seemed to fly by me, it was like everybody else was moving at 100mph and I was just feeling a bit dizzy.

“I spoke to the physio at the end of the game, it finished 1-1 so it went to penalties. I just said, ‘I don’t know if I’ve had a heart palpitation, but I thought I’d just let you know’ and he said that we’d sort something out after the game.

“The next day we spoke and asked what do you want to do about it? He’d already booked me in to see a Cardiologist in Birmingham, it all happened so quickly. I told him [the cardiologist] what had happened, and I had to get a reveal device that’s put under your skin just below your breastbone which acts as a heart monitor.

“That was a minor operation which lasted about a hour and then I was back in training within ten days and playing two weeks later.

“The next game for me was Bury away in October, an evening game. In the 85th minute, I began to feel heart palpitations again and I had to ask the referee if I could have a minute to catch my breath as I began to feel the same symptoms of dizziness.

“So I went back to Birmingham and they took the data from the reveal device and he asked me if I felt ill, but I was fine. That’s when he told me that my heart rate was racing just below 300 beats per minutes. If that would have been anyone else, they would have collapsed. The only reason I didn’t and felt okay was because I was used to the high intensity of football.

“I spoke to Fabrice Muamba, the PFA and then had to get a defibrillator and pacemaker fitted.

“There was no sign at all of this before that game. I remember going through medicals and having an ECG scan which is standard, and nothing being said about it. The only time it was mentioned was when they told me I had a heart murmur and it was described as being regular and not life threatening but that’s the only thing I was aware before it.

“Something needs to be done more often. If you’re an Adam Drury or a Russell Martin and don’t move club often, then there is nothing in place to check that regularly.”

“He was fantastic for me.

“It was the back end of my career at West Brom and there wasn’t many opportunities for me to come and play football. I had a call from Paul Lambert out of the blue and it was a bit of a saving grace. I don’t know how he’s going down here now but he played a big part in reigniting my career. He got me going again and a lot of the boys were in a similar position to me.

“To get the opportunity to play for a fantastic club with a great manager put us back on track really.

“In that phone call, he told me to go and play, express myself and do what I do best. He sold it in that manner and also the club, saying what a fantastic club it was to play for. He showed me the ground and once you walk out of the tunnel you realise what you’re working for and how big the stadium and the club is.

“I can only talk from my experience. He is a leader. When I spoke to him, I didn’t know much about him, but you learn he won the Champions League and played for Borussia Dortmund you want to play for him because he has that winning mentality. I looked up to him as someone who had won trophies and could help me win trophies.

“Paul Lambert has to go down as one of the legends really. Not many people achieve double promotions.

“His team talks were intense. I remember in terms of the tactical sessions we had Burnley here [Carrow Road] and we were losing 2-0. It was half time and we got played off the park and weren’t doing that well. Paul Lambert walked in and we knew the hairdryer treatment was coming. I was sat next to Simeon Jackson and he tapped me to make sure I didn’t say anything.

“He went flying off the hook, saying we needed to do this and that and we normally have food that comes in at half time ready for us at full time and he tipped the whole tray upside down and was throwing football boots. I knew then it was going to be difficult, but we had to pull our finger out and I think we came back to draw the game.

“None of the players wanted him to go, he acted as a father figure to us.”

“It was a completely different structure under Chris. He was more cautious and wanted to make us harder to beat but we weren’t really focused on scoring goals. I think he thought that if we shut up shop and try to gamble on a chance and nick a goal then we could win 1-0.

“Once you’ve been built into having a mentality of rolling your sleeves up and having a go at opponents like Paul Lambert did to then turn into a team which was set up to get a draw or nick a 1-0 win was quite difficult. We had an attacking side which Lambert had built so it was a difficult adjustment period but as players you have to get on with it.

“My relationship with Chris wasn’t as close. He wasn’t the one that brought me into the club and gave me a lease of life so he brought in his players and I didn’t play as many as I would as I liked.

“I had a chat with him about whether he saw me in his plans going forward. He told me he did but then equally, told me I needed to go out on loan.

“I went to Cardiff, had a fantastic time there but he called me and gave me the bad news that I had to come back to Norwich and miss out on promotion at Cardiff. It was disappointing because there were plenty of people who could come back and play, especially given it was only a couple of games left in the season.

“It was harsh – I missed out promotion and I think he sold me a bit of a dream to be honest because he said I was going to play but then ultimately, I was only sat on the bench.

A huge thank you to Leon Barnett for lifting the lid on his Norwich City career exclusively for MyFootballWriter. A huge thank you also to Ben Ambrose for the production and sound of this interview.

To watch the entire chat with Leon, simply click the link here to take you to MFW’s YouTube channel. Be sure to subscribe to the channel and ensure you never miss a piece of video content.