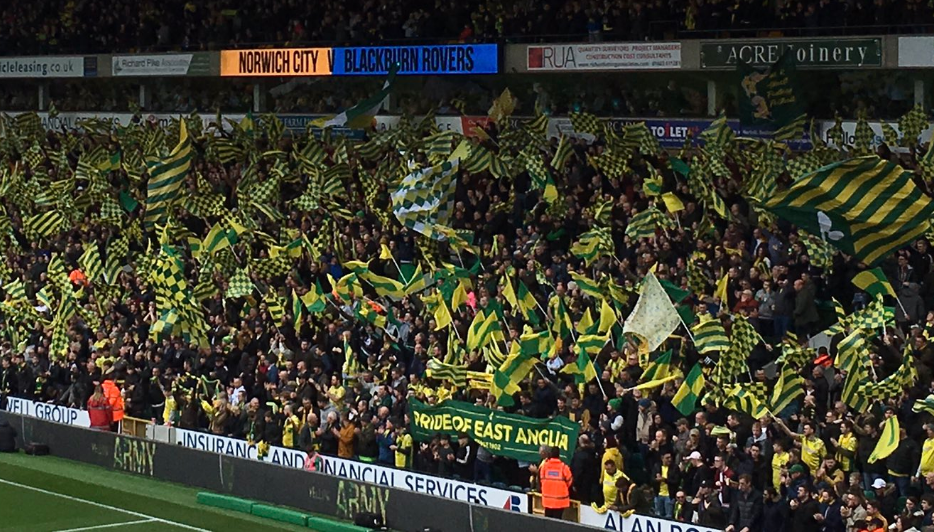 Today we welcome Phil Withall, an Aussie-based Canary who will be familiar to the #NCFC Twitter community. Phil eloquently offers a note of caution for when/if the P-word becomes a thing.

It’s a Tuesday evening in Brisbane. I’ve just re-watched the Wigan match, City were fortunate and unlucky at the same time, but they are inching ever closer toward promotion.

It’s entirely feasible that, at 6.50 on Saturday morning the club I love will be in the Premier League next season. It will be a moment to celebrate what has been a surprising, uplifting season.

A season that has seen a collective unity combine with individual brilliance of players and the manager and a sustained effort from the supporters to create a team that has surprised so many. I know I should be overjoyed that, once again we’re (almost) back in the top flight but I’m struggling to really excited at the thought.

Please don’t get me wrong. This season has been a magnificent beast of a thing, the emergence of talent both new and old has been a revelation. Some of the football that has been on display has preposterously, jaw-droppingly good. Yet the thought of playing in the top- flight next season fills me with a feeling of dread.

Not because I don’t feel we’re capable of making a decent showing amongst the big boys, but because of everything that comes with playing in “the biggest league in the world” © every newspaper in England.

Yet, with such trappings come many negatives and the reason for my reticence about our imminent promotion.

For some supporters, the achievements of this season haven’t been enough. Some players are deemed to be below standard, sometimes for one mistake, sometimes for none.

They are chastised, both vocally and on various social media outlets by people who have never had a bad day at work, never made a mistake with a lifestyle choice, never been under constant scrutiny every time they step up at work.

Recently certain City players have been getting, in my opinion, totally unjustified abuse purely for falling short of some imagined standard. If (when) promotion is secured this will simply be magnified. People’s opinions, not necessarily regular City watchers, will be magnified.

A couple of misplaced passes at the Etihad will lead to a relentless cycle of abuse, a scuffed clearance will lead to calls for a player to be dropped. It’s part of being in under the spotlight, and to be honest there are parts I’m not looking forward to.

If a player gets dog’s abuse for not reaching an arbitrary standard at Wigan on a Sunday morning, what hope is there when the same players come up against the likes of Manchester City and Liverpool? When every move is replayed and analysed to provide the unrelenting appetite of the news channels and the trolls are empowered by the opinions of a bored football pundit?

I’m not immune to, possibly, undeserved criticism of a player. I took an instant, probably unwarranted dislike to Kevin Bond as a child, one that has failed to diminish of the decades. Yet now such thoughts are amplified and more focused.

Social media and 24/7 coverage have made the targeting of players easier and unrelating and it gets depressing.

If Norwich are promoted this weekend, I’ll be drinking champagne in the early hours of a Saturday morning, celebrating this season but there will be a slightly bitter taste as I look forward to the next one.

Sobering stuff, but there’s a job to be done before we worry too much about that. Thanks to Phil for his thoughts. Look forward to hearing more from him.