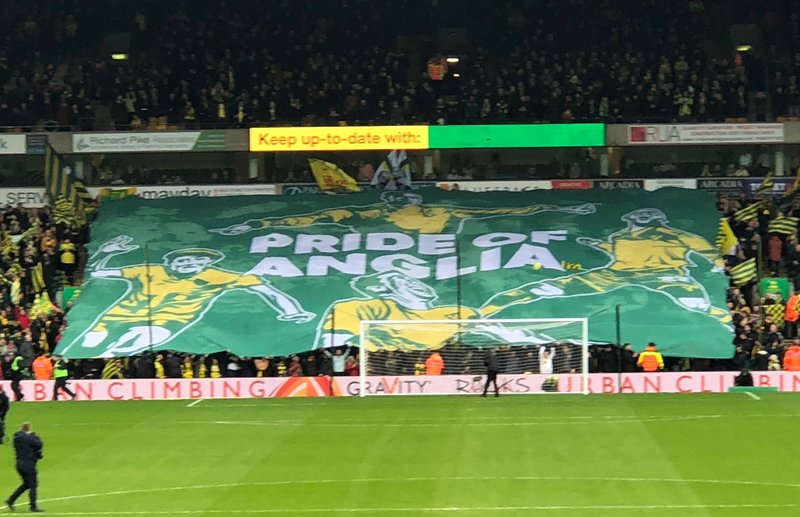 It was a decision that had been two or three years in the making and one that I was 100% comfortable with. It came through necessity. Reasons were threefold: a chance to spend more time with my young children; a chance to save some serious money; and because, quite simply, I didn’t enjoy going anymore.

That final point was a tricky one. It was a culmination of various things but had nothing to do with the football on offer, albeit it wasn’t exactly spine-tingling stuff.

A growing apathy towards the game I had loved for so long was a major issue, combined with a real disconnect between fans and players. Hearing Steven Naismith proudly announce in the press that he was ‘willing to play the game for free’ before refusing to leave unless he was paid all his money sums this up.

The lack of a positive atmosphere inside the ground, and my growing anger at those ‘supporters’ around me who were either too entrenched in their old-school ideals or were completely unwilling to give the new regime a proper chance to develop – both on and off the pitch – was the real killer though.

Every week I had a new tale to tell on Twitter about how utterly frustrated I was becoming with my fellow fans.

I could have just moved seat, but I got the impression I’d have had the same battles wherever I parked my bum. I didn’t want to go to the football if it meant feeling uncomfortable with those around me. I’ve been going for nearly 30 years – I’ve seen enormous highs and desperate lows – but the time was right to pull the plug.

I couldn’t see the atmosphere improving any time soon, but I did have a theory to try and overcome my overwhelming apathy.

By pushing football away to an arm’s length, the game would reach out and grab me again – and I hoped my son would help. By taking him to the odd match, could football capture him and recapture me at the same time?

Our first live taste of this season was the Wigan game. Jasper’s little face beamed as he clambered up the steps and viewed the hallowed turf.

“Wow!” he whispers as he stares, body agog, as the players warm up just metres from us. He begins to copy their routine in the stand, much to the amusement of those behind us. He didn’t care, he was in his own football bubble, and I love that bubble – let me inside!

As far as he was concerned, he was no different to Teemu Pukki – he was stretching his muscles, he was prepared and ready for kick off.

The game itself was relatively subdued compared to what was to follow but did offer us the opportunity to witness the only penalty we’d score all season.

“Daddy, can we come again tomorrow?”

“There’s no game tomorrow. Perhaps in a couple of weeks…”

His whole body drooped. His bottom lip quivered. He was upset. But he was hooked – and it felt brilliant.

Taking my boy to the football is a beautiful, yet surreal experience. His favourite player is still Wes Hoolahan – he only saw him once (and how cool that he can say he witnessed his final game for us). He can’t quite grasp why Wes isn’t playing for City anymore but when he grows up, he wants to be Wessi. His favourite number is 14.

To say he’s been indoctrinated would be an understatement – it’s a battle every morning to stop him going to school in his shin pads.

“Can we play football in the garden daddy?”

“Is there football on the telly?”

Those three questions are rolled out every hour or so. He’ll happily sit and watch Wrexham v Eastleigh on the box, merrily swapping his loyalties between the two teams depending on who is winning at the time.

We attended that extraordinary Millwall match together.

“Remember mate, it doesn’t matter if Norwich lose today [yes it f**king does!] – they are playing for fun and because they love the game.”

Truth is, if you placed ‘Football’ in a Venn diagram containing ‘Very important’ and ‘Not important at all’, it would fall slap-bang in the middle. It’s just sport. We all know it shouldn’t matter, but it bloody well does. It sets the mood for an entire week, month, even year.

But I’ll tell you what I noticed for the first time that day… all our players were absolutely loving playing the game. They were delivering a style that was not only pleasing on the eye to the supporters but was fun and adventurous for them too. And they were good at it – really good.

Football should be enjoyable for the players – who in their right mind would want to play Pulis-ball?! These guys are talented, highly-trained, committed professionals – let them express themselves in the workplace.

We went through the whole periodic table of emotions that afternoon as leads were exchanged and penalties missed (obviously).

As the Finnish finisher plundered the seventh and deciding goal of the match with just seconds to spare, I didn’t celebrate. I switched from fan-mode into daddy-mode. I picked Jasper up and enthused, “Look at everyone – just look at them all going absolutely berserk – listen to the crowd – look at the joy etched on every face – take it all in because this is special – this sort of game is rare but this is what football is all about!”

“Daddy, what does bra-zuck mean?”

I was blissfully naive that day. It was a topsy-turvy, crazy-whazy match by anyone’s standards, but games like that would not be rare – they’d be the norm, as this season of giddiness spiralled into a realistic promotion charge.

Nobody could have foreseen the stratospheric rise we’d encounter, particularly after our opening handful of games. The turning point is widely regarded to have been the visit to the Portaloo. However, the real sliding doors moment was during a trip to South Wales three days previously.

So impressive were the second string that evening against their Premier League opponents, that a few of them played their way into the first-team for the derby.

The Leeds game was the day I thought we’d go up. As good a performance as I’ve witnessed from a City side given the circumstances. ‘Welcome to Hell’ was the posturing before the game… only one team withstood the heat.

And then there are the goals. Millions of them. And the pressing. We’d swarm like angry bees all over our opponents as if they’d just kicked our hive over. More goals. Skill. Triangles. Late, late show after late, late show. Even more goals!

During the final weeks of this season, I’ve struggled to sleep; playing out various scenarios in my head each night – some positive, most negative. I had absolutely no control over what would happen, so why did I feel so responsible whenever we failed to win?

Bizarrely, I think watching this season from a safe distance has made me appreciate it even more. I’ve still been to games – six in total (and seen 25 goals in the process) – but there’s been something equally special about listening to games on the radio or watching on TV, or even completely switching off, taking my kids to the park and then checking the scores at half time.

All that was missing was checking Teletext for the goalscorers.

I’m sorry Flecky, but Emi Buendia might now be my favourite City player of all time. High praise indeed given he’s only been here nine months! But I love him. I actually love him. But then I think I love them all.

I bumped into a guy at the Reading game who’d sat near me for the previous 15 years. He told me my old seat had been taken by a young boy – and he’d been to every game this season. I was delighted – and a little tearful. Not because I was sad, or disappointed that I’d missed out. I’m just glad he’s been able to witness this most incredible of seasons – enough memories to fill 20 seasons.

And I just want to say a few ‘thank yous’.

To Delia, Michael, Tom and Ed for making bold decisions and giving power to those who can transform the club.

To Stuart Webber and the recruitment team for putting a proper plan in place.

To Daniel Farke and his coaching/medical staff for producing a team to make every single one of us beam with pride.

To all the players who week after week have shown they have the skill, tenacity and character to play for my club and, my god, do they deserve promotion.

Thank you to the BE Project and AlongComeNodge – and every single one of you, the fans, who have taken it upon yourselves to wave flags, create new songs and generally make Carrow Road a fun and vibrant place to be again. I may not be in it, but it looks bloody amazing.

And that’s what’s been so great about this season – the most special season I can ever recall as a Norwich fan: everyone has contributed to making it a success.

We now have a very relatable group of players – which is amazing given how isolated from the previous group I felt. So many different nationalities in the dressing room – all so united.

If ever a group of City players deserve to stay in the Premier League, it’s this bunch of heroes. Just three defeats in our last 40 league matches – incredible. Hopefully, they can be crowned champions because there’s no question they’ve been the best team this season.

It’s been the ultimate team effort. And if that doesn’t make you proud then nothing will.

Oh, and thank you to my son for being a Norwich City fan and making me love football again. It’s been brilliant! Until next season anyway… then he’ll support whoever is thrashing us.

It’s weird thinking about it now, but had I not cancelled my season ticket, I might not have been able to share these wonderful experiences with you that I have.

I won’t be a season ticket holder again next year – hopefully, we can share more moments that’ll last forever.

PS. Jasper currently has a win percentage of 100% from nine games (four first team, five reserve), so if anyone fancies buying the lucky omen (and me) tickets to every game, that’d be lovely! 🙂