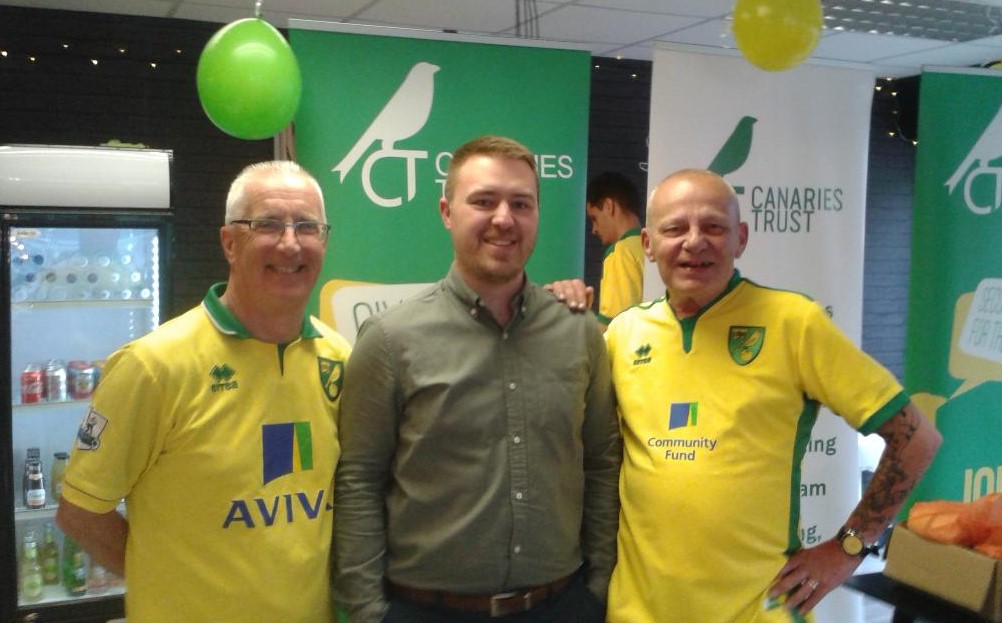 If you’re going to City’s Parade, be sure to wear some flowers in your hair.

1969 was the last real year of the Hippie era and love and peace were everywhere. The sky was all one colour and the grass was green. The draft-dodgers, other longhairs and all like-minded folks congregated at Woodstock Festival in the US of A. There was apparently total harmony.

I was only eleven at the time but I’ve seen the movie and occasionally play some of the soundtrack.

Ever since the final whistle from Andrew Madley against Blackburn on Saturday I’ve felt a similar kind of “vibe” around these here parts.

Other clubs – notably Newcastle and Man Utd – have officially congratulated us. At least one shop in Cromer already has a City-themed window display. Every time I walk around the City wearing a black jacket with that badge on it total strangers stop me for a football-related chat. This time last year that simply didn’t happen.

A Cuban website has been in full praise of Onel Hernandez, saying he will be the first Cuban ever to play in the Premier League. They are as proud of him as we are. Interest in “Little Old Norwich” is on the up.

To continue my theme of the feelgood factor, that was never better exhibited than at a Canaries Trust get-together at the City’s Departure Lounge, which featured Michael Bailey and the team producing PinkUn podcast #177 – promotion party special.

I was kindly invited to said occasion and enjoyed it immensely. I spoke to people I knew and people I had never met before but every conversation I had was one of sheer joy. Oh boy, are we enjoying this achievement.

I was also seconded to appear in said podcast, as were a few other Canaries Trust members.

I’ve had the dubious privilege to appear on TV and radio during my working life, but never under such favourable circumstances.

Our genial host Michael conducted events with aplomb and I never thought I’d share a “casting couch” with the erudite PA journalist Jim and Kieran – Norfolk’s very own Sonic.

I made a big gaffe regarding Sonic. Only seeing the rear aspect I asked Michael why Splat the Cat was here. He soon put me right.

Mind you Michael was in a good mood as Ben Kensell had given him an official City shirt with Pinkun 19 (as in Tom T) on it!

Never having attended a PinkUn podcast before, I can thoroughly recommend the experience to everybody. It’s so relaxed and just good fun.

It’s amazing how many people involved on the evening wear so many different hats.

Michael and his Archant colleague David Freezer are both true Yellows while reporting on our team, doing a plethora of visual stuff and writing opinion pieces as well.

Recently retired Trust Secretary Mike Reynolds and his successor Kathy Blake are obviously City fans and heavily involved with the Trust too. As regular readers will know, Kathy writes for MFW as well.

But the “how many hats can I wear” award goes to one Robin Sainty. The former Kings Lynn Town striker is Chair of the Trust, writes a regular column for the EDP, is a lifelong City supporter and knocks out an article for MFW when he can.

Having a cheeky attitude to life, I managed to persuade the staff at Departure Lounge to proffer a massive ice bucket filled with bottles of Stella. Kathy also went behind the counter to find me the bottle opener (I wasn’t wearing glasses) so it was kind of reciprocal I guess.

A terrific occasion? Oh yes. It was the first party without a punch-up I think I’ve ever been to – although I’ve attended some very dodgy parties.

All for one and one for all, and that is for real. Great times and let’s enjoy. Glory days and we’re all smiling.

Actually, I couldn’t wear flowers in my hair even if I tried as I have a number one cut but that’s old age, not choice.

I’ll leave you with this, which kind of reminds me of Daniel Farke and our wonderful supporters: Love and Pax Canaria.