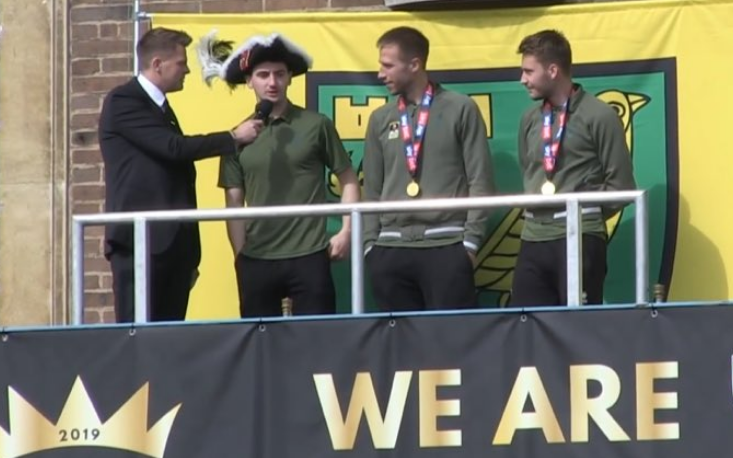 He may be the new Mayor of Norwich but Kenny McLean’s failure to be Moritz Leitner or Mario Vrancic has meant that some City fans were still calling for him to be replaced as the season reached its climax.

While I’m a huge fan of both the players that he kept out of the side, it does pain me that sometimes McLean hasn’t always received the credit that he deserves.

There is no doubt that his early performances after his return from long-term injury were sometimes a little tentative, but as he established himself in the side, he became not only a model of consistency, but also a provider of key goals and assists.

The slide rule pass between two defenders which freed Onel Hernandez to set up Teemu Pukki at Villa Park on Sunday was just the latest important contribution from a player who has been on Stuart Webber’s radar for some considerable time. City’s Sporting Director admitted that he had tried to sign McLean when the latter was still at St Mirren four years ago.

Two excellent goals against Bristol City in the win fuelled City’s final push as well as one at Rotherham when they were struggling to dominate their hosts. A sublime chip to set up Emi Buendia at Bolton and a 40 yard laser to the same player which set up his outrageous over the shoulder flick to Pukki against Hull were all key moments, but it’s what he has brought to City’s engine room that has been most impressive.

Powerful in the air and the tackle, he has shown that he has the pace and ability to read the game to be able to screen the back four effectively despite having spent much of his career in a more advanced position, Also his comfort on the ball has meant that City’s passing game hasn’t suffered as a result of the absence of Tom Trybull following his season ending injury at Stoke.

While that injury provided the opportunity for Vrancic to return to the side there was inevitably, and justifiably, concern that City might be a little lightweight in the middle, particularly with no recall for Alex Tettey. In fact, the final two games with McLean and Vrancic in central midfield saw City looking even more potent as an attacking force while still looking well organised defensively.

And there, in a nutshell, is the key to City’s success. Not just the fact that whenever an apparently key player has been injured someone else has come in and stepped up to the plate, but also the fact that each change has resulted in the posing of different questions for opponents to answer.

Leitner’s short passing game was replaced by Vrancic’s greater range and serious goal threat while that in turn gave way to McLean’s all action style, with Todd Cantwell’s slaloming runs also playing their part in a couple of short spells as a starter.

However, the fact that Leitner and Vrancic are such eye-catching passers of the ball means that McLean’s (and to a lesser extent Tom Trybull’s) creative abilities are often overlooked but compare the opening 40 minutes on Sunday with the more laborious nature of City’s passing game after Tettey had replaced the injured Scot.

That’s not intended to be critical of Tettey, who has been a huge player for City in his career in Norwich, but merely to recognise that under Farke they have moved on from having a predominantly destructive defensive central midfielder to favouring a trade-off between the ability to regularly win the ball and to then use it constructively.

How well that will work in the Premier League is a question for another day, and I suspect that it’s an area that Webber and Farke will be looking at in the summer. Certainly the mid to lower table sides in the top division seem to favour tall athletic box to box midfielders but City have largely torn up the rule book this season and may well continue to do so.

Clearly there will be games where City can’t hope to dominate and there may be more of a requirement for steel than flair but Farke has already made clear that City are not going to abandon their emphasis on attacking football. That might lead to the odd hammering, but it will sure as hell be more entertaining to watch than Chris Hughton style bus-parking.

Of course, the battle for midfield places will start all over again come August but the fact that McLean has performed so well in a holding role having previously proven himself as an attacking midfielder in Scotland will stand him in good stead for that challenge.

The Mad Dog is here to stay.