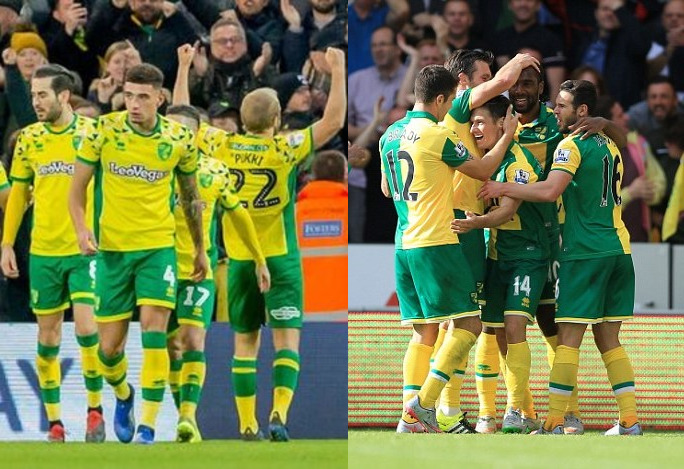 With no actual football to talk about, the next couple of months will be full of the usual rumours and speculation as we wait to see how City will fare on their return to the top division after three seasons in the Championship.

At this point we don’t know who will be coming to the club – despite some of the ridiculous guesses masquerading as genuine stories on websites where veracity comes a poor second to the need for hits – so I’ve been entertaining myself by comparing what City currently have before any additions with the players who kicked off their last Premier League  season.

Interestingly, of the 18-man squad that was named for City’s game against Crystal Palace on the 8th August 2015, only one player remains at the club less than three years later, which illustrates just how drastic the “Webberlution” has been. So let’s have a quick run through section by section to see how the “then and now” match ups compare.

In goal that day was John Ruddy, a keeper who in my view was never quite the same after his serious thigh injury and who developed a worrying susceptibility to low shots later in his career. I would probably place him roughly on a par with Tim Krul who, whilst more agile, is also subject to the odd gaffe.

The fullbacks are no contest. I don’t think any sane Norwich fan would consider taking Steven Whittaker over Max Aarons, and Robbie Brady was never a genuine fullback, producing his best form for City (such as it was) when played on the left of midfield.

Of course, Martin Olsson would play left back for much of that season, but while his forward runs might rival those of Jamal Lewis his defensive frailties were all too obvious, particularly on far post crosses.

A comparison of the centre backs is more difficult. On the one hand, we have the vastly experienced Russell Martin and Seb Bassong and on the other the promise of Christoph Zimmermann and Ben Godfrey (with Timm Klose hopefully also in the mix).

Ironically there are several parallels, given the solid nature of Zimmermann and Martin and the pace and occasional brain fade exhibited by Godfrey and Bassong, but one pair had peaked, and the other has yet to, although we will have to wait and see how well they step up a level.

The holding midfielder and the only squad member who is still a Canary was Alex Tettey, who now plays second fiddle to Tom Trybull with the German probably edging a comparison in terms of mobility and passing range.

The four who played in front of Tettey against Palace were Wes Hoolahan, Bradley Johnson, Graham Dorrans and Johnny Howson; a line up that offered plenty of effort but depended massively on Wes for a creative spark.

Johnson would soon be shipped off to Derby allowing Brady to move forward, while Nathan Redmond would offer a pace option on the right and Gary O’Neil was also to figure in the central positions, but it remained a largely predictable unit.

This midfield is the area where I think the current squad is significantly better. The current crop of Emi Buendia, Moritz Leitner, Mario Vrancic, Onel Hernandez, Kenny McLean and Marco Stiepermann offer Daniel Farke both a range of skills and no shortage of goals. The 2015/16 midfielders contributed just 18 goals; this season’s produced a whopping 41.

Close down Wes in 2015/16 and you largely closed down City, but it’s a much more complex problem facing opposing managers now.

As for the lone striker position the temperamental Lewis Grabban hardly bears comparison with Teemu Pukki, either in terms of commitment or goal-scoring prowess, although the former was soon replaced by Cameron Jerome and then the barely more energetic Dieumerci Mbokani.

In fairness, the way Alex Neil set up his side meant that the striker was much more isolated than Pukki has been, but can you really imagine Grabban or Mbokani sprinting 30-yards back to the edge of their own penalty box to win a tackle?

While Jerome was more likely to do so, his impressive work rate had to be balanced against his frequent inability to hit the proverbial cow’s arse with a banjo.

Overall I think that while Neil’s squad was undoubtedly far superior in terms of experience Farke’s offers much more variety and flair and, more importantly, the capacity to improve, but it is always going to be a slightly fatuous comparison until we have the chance to see how they react to that step up in quality.

However, the fluidity of how the current squad play and the assurances from Farke and Stuart Webber that there will be no major change of approach in the Premier League means that I for one am much more confident – even before the inevitable upgrades this summer – that City will be capable of survival at the very least next season.

It does seem that the smaller clubs are slowly cottoning onto the fact that dour defence is not the only way to stay in the Premier League and if that is indeed the case then City could be at the vanguard of a more attractive approach.