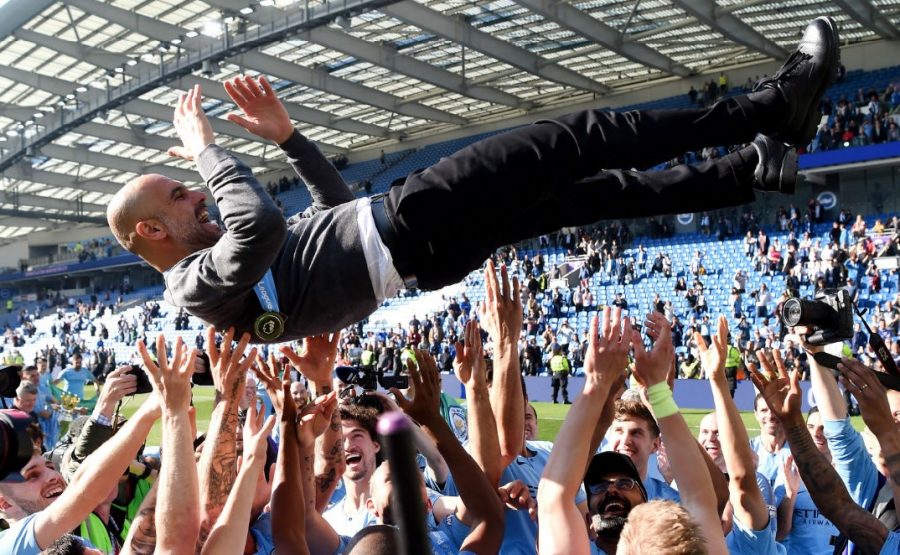 It’s impossible not to marvel at Pep’s Man City. The football they play, the drive, the desire; it’s a heady cocktail that looks set to dominate English football for as long as Sheikh Mansour wants it too.

Equally – and this probably says more about me than anything else – I do find it difficult to get too excited by it beyond said marvelling at their silky passing and fluid movement. It’s a project that’s been built on a bottomless pot of cash and by the club’s own admission, no expense is spared.

Of course, as we’ve discussed on these pages many times, just throwing money at a project doesn’t guarantee it will work and there are many examples – Manchester United being the best – of club’s spending lavishly to no avail, so there is no arguing that on that score City have got it absolutely right.

But their pockets are undoubtedly the deepest and when you can go out and bring in literally whichever coach you identify to be the world’s best and then he can bring in almost any player he desires, it doesn’t half make winning trophies that much easier.

So forgive me for not hopping aboard the Man City love-in. They’re sensational, outstanding and brilliant in equal measures but when you can afford to buy the fastest car on the forecourt, you’ve only yourself to blame if you don’t win the race.

For many, Wembley in May 2015 was the defining moment in their life as a Norwich City supporter. Even for those who’d been to Wembley before with City or who’d been to the 2002 Playoff Final in Cardiff, it was a magical afternoon that could only ever be matched but never bettered.

Such was the buzz and exhilaration of that day, we convinced ourselves that a playoff final win was the only way to get promoted and that to be starved of that moment of celebration on the biggest stage somehow diluted the moment.

Guess what – I’ve changed my mind.

Part of it, I think, comes down to the fact that for the first time in living memory for many, most even, promotion was actually confirmed at Carrow Road. The word ‘special’ gets bandied around willy nilly at times like these, but there really was no other way to describe that moment when our return to the Premier League was assured while surrounded by our Carrow Road family.

Obviously, the playoff semis offer exhilaration (and heartache) and it was hard not to be moved by some of the celebrations this week as teams booked a place at a Wembley final, but behind it all was an overriding sense of relief that for us it’s job done and the task of preparing is already well underway.

But, while we’re here, given how well we were treated by Villa when it came down to handing out the gongs and the Championship trophy, it’d be a shame if they didn’t join us in the Prem. Class counts for a lot, and Villa showed plenty.

Watford’s cup final humiliation was, I guess, a timely reminder of what awaits us next season. While I’m convinced there will be many days when Daniel Farke’s team will give as good as they get, there will likely be days when the might and power of the elite are simply overwhelming.

The Hornets have proved themselves a capable Premier League outfit and clearly have some good players, but to see the way they were swatted aside by the Sky Blue machine was just a little alarming.

Norwich’s fate, however, won’t be defined by how many points we collect against the top six, but rather how we compete against those in the bottom 14. That doesn’t mean to say we aren’t capable of offering a bloody nose or two along the way to the big boys but any points gained will be of the bonus variety.

Stuart Webber, in his MFW interview with Connor, spoke of the chances of the odd shellacking if we were to make it back to the big time, and how the odd one may have to be taken on the chin, so those in charge are acutely aware that in such rarified air, results like yesterday will sometimes occur.

By biggest fear however is not of defeat itself, but the reaction to these defeats. So much of this season just gone has been built upon the trust and bonhomie between players, staff and fans – so much so the love-in from all sides has reached almost unprecedented proportions – but the recent past has been notable for the overreaction in some quarters to the fallow periods.

‘Patience’ will be a word we hear a lot in the weeks leading up the big KO and so switched on is Mr Webber, he’ll know far better than I of the need to manage expectations, but I really hope that there is a level of understanding among the fans around next season’s win ratio.

We owe them that much.