The silly season is now in full swing, so just for fun, MFW regular, Alex Bain has pulled together a list of rumours, thoughts and ideas on what may or may not occur in this window. Get your pinches of salt at the ready…

1) Jordan Rhodes – obviously an experienced Championship striker, but one who has never played enough games in the Premier League to prove himself at that level. The question is, would it be a gamble worth taking if, as Steve Bruce has suggested, Wednesday are waiting on City to make the next move. There is supposed to be a fee agreed but the club wants the promotion bonus taken on that fee. Still work to be done.

2) Ollie McBurnie (Swansea) – Possibly a good signing. Younger than Rhodes and did well in the Championship last season. He is rumoured to be interesting a few other clubs in the Championship with money available and it looks like the Swansea owners are willing to sell some players. Again no experience of the Premier League but maybe that would be reflected in the asking price.

3) Che Adams – The Birmingham striker is ready to make the step up to the Premier League. There was a rumour that City interested but so too are Southampton, Burnley, Brighton and any number of clubs in the lower reaches of the Premier League. A reported starting price of £15m seems high and out of City’s reach. 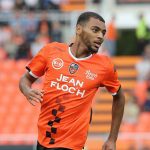 4) Alexis Claude-Maurice – A promising Lorient youngster who could be ready to make the step up, particularly with Daniel Farke proving he will give youth a chance. Another up and coming player that has been searched out by City’s recruiting team, at one stage it looked like he was a sure thing, but Arsenal seem to have muddied the waters and his price has reportedly risen to the £12m mark. Can City really compete against a top-six club? He would, however, get more game time at a club like ours. A possibility.

5) Britt Assombalonga – Middlesbrough paid £15m for him and he has had a tougher time than expected with injuries and has not really been a roaring success. Maybe it was Pulisball that hindered him, but he has got potential. Reminds me of Troy Deeney at Watford – a big bustling centre-forward. Could he adapt to Farke’s style and would Steve Gibson sell for less than he paid for him, especially to a promoted club?

6) Will Vaulks – a star midfielder from Rotherham rumoured to interesting Villa, Burnley, Southampton and Sheffield United among others. City would possibly get help from their manager in persuading him to choose Norwich if an offer was accepted, but where would he play and who would he replace? Possibly just his agent his drumming up some interest.

7) Semi Ajaya – another key member of Paul Warne’s Rotherham side. Either a centre-back or a defensive midfielder, this ex-Arsenal Academy player is in demand but is he any better than Sean Raggett?

8) Simon Sluga (HNK Rijeka) – a 26-year-old Croatia international goalkeeper, rumoured to be on offer for €.1.8 million. Again Sheffield Utd are reported to be interested, along with Derby and Hertha Berlin. Is this just an agent throwing a few clubs name in hoping one sticks to him? He might however improve our goalkeeping depth. 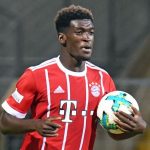 9) Kwasi Okyere Wriedt (Bayern Munich II) – a 24-year-old striker who scored 22 goals and had seven assists this season. Sounds, on paper, like a typical Stuart Webber/Farke signing but if he is that good, surely clubs higher up the German league will also be interested? One to watch.

10) Marko Burki (Zlute Waregem) – the Belgian Pro League club are reportedly fending off interest from a number of European clubs, including Norwich and Nottingham Forrest for their defender. Another one that seems a little unlikely unless City decide to let Raggett and/or Grant Hanley leave. Again, no fee has been quoted and also clubs from Italy are included in the list of possible destinations. At 25-years-old, this Swiss international is a good age and plays out from the back. A Farke type player.

11) Simon Mignolet (Liverpool) – with a quoted price £15m plus, this really does smack of an agent trying to drum up interest for his client. If he is available, I think he will be snapped up by a club in Turkey, or maybe even Watford to replace Gomes.

12) Conor Masterson (Liverpool) – a 20-year-old defender, again from Merseyside. There might be a small fee due to him being an ex-academy player, but he will be familiar with City’s Irish Under-23 players. This might sway him into choosing City. He has not progressed as Liverpool would have liked but they are now spending big bucks to get the near-finished articles ready for their first team. Could prove to be a good Under-23 player and, in time, a first-team player. 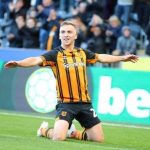 13) Jarrod Bowen (Hull) – this has been rumoured since the end of the last window and would definitely improve the squad, but with Spurs, West Ham, Southampton and a few others interested, I just can’t see this one coming off. Besides, I think his price will start at £12m and then head northwards.

14) Macauley Bonne (Leyton Orient) – the 5ft 11in front man scored 16 goals from just 21 league outings this season, in addition to the 22 he managed in 44 last term in non-league – a total that is impressive whatever league you play in. At the moment Leeds, Sheffield United (obviously), Derby, Forest Birmingham are all reportedly looking at him, although no price has been quoted. He will not come cheap but is he possibly worth a gamble?

15) Kalvin Phillips (Leeds Utd) – this one has upset the Leeds supporters, if indeed it is true that City are weighing up a £12m offer for another of their up and coming stars. A solid defensive midfield player, Bournemouth are also supposed to be interested as well. Could City tempt Leeds to sell, and could they be about to sell a few players? Spurs are reportedly interested in Jack Clarke, Villa in Pontus Jansson and a couple of others are in the sights of Premier League clubs.

All in all, while the rumours are interesting and pass the time for fans in the close season, many are started by agents trying to get their player a move, picked up by the internet and then the daily papers. Most will not come to pass.

Webber has already stated that City will be one of the smallest spenders this window and I’d suggest that some money will be set aside for the January window to cover for possible injuries, form and to help out where required and to refresh the squad.

Sheffield United’s ownership issues – their two joint-owners are currently both battling for full ownership of the club – may affect their summer spending plans and have already stated that they don’t intend to spend fortunes. And the Derby owner has said no matter what league they are in, he will not continue to spend as they can’t afford it even with the Premier League money.

Villa now have extremely rich owners (reportedly, three billionaires) but due to their spending over the last three years are subject to FFP rules, so if they get promoted could be under sanctions from both leagues.

So in that regard, this will be a one-off pre-season for all promoted clubs in that none will be planning to spend big. Karren Brady will, of course, chastise them for trying to do it “on the cheap”, without realising they need to build a platform for success. Unlike West Ham, they all own their home grounds and have the expense that goes with it.