Well, we all know by now that Villa have joined us in the Promised Land. In my personal view, it should have been Leeds as they finished third but that isn’t how the football world works these days. More’s the pity.

But out of the four teams involved in the (truly) dreaded play-offs, clever old me said on MFW more than once that Villa would win through before a ball had been kicked.

My Villan mate Pat is probably still trying to find a train to get back to Norwich to resume his barbering for gain role in life.

Plus the mob from Villa Park have a trio of alleged billionaires on board to “help” them through next season. I doubt Pat and many thousands of others are too disappointed about that.

Moving on, every single member of the Canary Nation will recall our promotion sides and the individuals who featured therein. 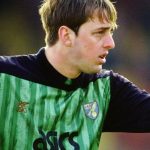 I’ll start with a couple of keepers. Scott Howie who was basically Gunny and Andy Marshall’s deputy who didn’t play much but never let us down when he did. And the excellent occasional Radio Norfolk contributor that is Mark Walton – he played a similar role to Howie.

On to the defence: we had a couple of under-height centre halves (as they were called back in the day). Paul Blades – who had hair like Sting – and Simon Charlton, who had very little more hair then than I have now.

It was never going to work in either case, and frankly it didn’t.

Of course, we also had Victor Segura – the only thing I remember about him was that he played against 1p5wich, got injured in a head clash and came back on bandaged for about five minutes until (physio) Tim Sheppard hauled him off.

Then there was Erik Fugelstad – a Norwegian lad who seemed very popular with most of us at the time but played in such a dark era for City that I doubt he is well remembered. 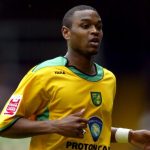 Jurgen Colin? Our terriers could outrun him over 90 minutes. And possibly have more skill.

And that Papa Diop character whose only achievement I can remember was to be sent off for spitting at an opponent.

I nearly forgot the invisible man, aka Matthieu Louis-Jean, who we acquired from Forest. He might have played for us once, although I cannot recall if he ever actually did so. 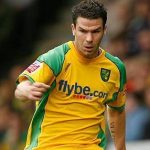 Moving swiftly into midfield (not that anybody I’ve mentioned so far could actually do that) I must begin with Julien Brellier, who Hearts fans called Le Juge. They even donated their club banner featuring him to the Barclay, correctly surmising they would have no further use for it. And nor did we.

Brellier himself later remarked that he could not pass the ball any further than ten metres and could not cope with the then Division Two. 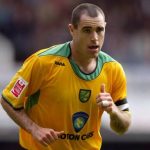 Andy Hughes and Matty Pattison? I’m not going there in either case. Hopefully one or more of our readers will. but I’m not up for it – I don’t like to swear on MFW.

Now on to the forwards.

I absolutely have to start with Dave Striker. Sorry, I mean David Strihavka. He was on a par with Dean Coney and that’s saying something. Alan Gow? Oh dear me. Unfunny jokes, all three. 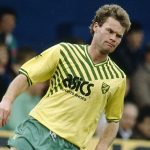 Then there was Ulf Ottossen, the Swedish guy who always turned his back when the goal opened up in front of him. And Henrik Mortensen who ran his socks off but achieved nothing until his unfortunate injury more or less put him out of the game for good.

With an honourable exception for the largely excellent Mattias Svensson, we’ve finally found a Scandinavian striker that truly fits the bill. Haven’t we Teemu?

You’ll notice I haven’t used words such as Husband, Franke, (careless) Hansbury, Wildschut or Naismith. I can’t even spell Theoklitos, can I Bryan?

MFW would love to hear from absolutely anybody who can remember greater failures than these – Fugelstad excepted – he just played in a very bad side.

And, especially as Villa gave us a very gracious guard of honour and their supporters always seem decent when they come to the Carra. Congrats to them.

@pearciencfc @MFW_NCFC Set pieces have an issue with #NCFC for years, well before Farke’s era. I agree it needs sorting

@Official_NCFC east to a 3-1 Victory over Telford Utd + A Preview for the FA Trophy Semi-Final on Tuesday. It’s the next edition of my #Notts blog. #NCFC #COYP #nottscounty https://tsgw1998.wordpress.com/2020/09/20/notts-ease-to-victory-over-telford-fa-trophy-preview/