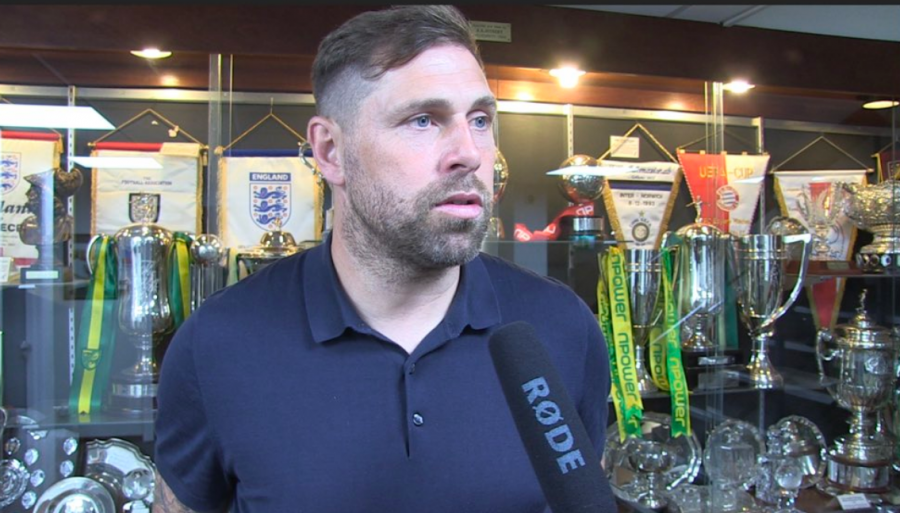 Grant Holt’s rise from footballing obscurity to the glamour of the Premier League was tinged with romance, emotion and determination.

His path to the top of the game was unconventional.

At 21-years-old, he was prepared to walk away from the game he had devoted his life to. A series of rejections had blunted his attempts to forge a career in professional football.

But from Sunday morning fixtures to donning yellow and green in the biggest venues this country has to offer, Holt has experienced everything the beautiful game has to offer.

His footballing journey took him to Singapore and Australia, always with the aspiration of fulfilling the dream he held from childhood.

Arriving at Norwich City provided him with a gateway to the swirling heights of Premier League football. He’s become synonymous with that number nine shirt at Carrow Road, memories of tormenting defenders and scoring goals are the legacy of a man who embodied the very definition of ‘old school ‘striker.

City proved to be his dream destination, propelling him from the lower leagues into the Premier League and to the cusp of England’s Euro 2012 squad.

Resilience is the best word to use when discussing Holt’s journey.

Those goals in the Premier League for the Canaries served as an advert to those players who are struggling to earn a break. When he was a prolific non-league goal-getter, he was also working as a tyre fitter, something that prevented any ego emerging from the great man. 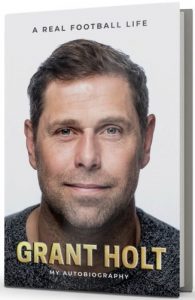 Grant Holt: A Real Football Life is the story of his remarkable career.

‘It’s been great and it’s actually quite therapeutic when you go back through it.

‘When you break it down and you see the journey for what it is, it’s quite refreshing. Sometimes when you’re already in it and people tell you about your journey and say ‘well done, you’ve achieved this’, when you do it yourself and look back you realise things that you’ve forgotten and it’s quite fun to read.

‘You look through certain stuff from where I was to where I ended up being and you have a big smile on your face. The great thing I enjoyed doing was the smiles that I got from the journey all the way up and the little silly things that people just wouldn’t know. You stick the little nuggets in there that people wouldn’t even know happened.’

Speaking to MFW at his book launch at Carrow Road, Holt explained why the time was right to write this book and document his football career.

‘It’s been therapeutic for me, so I’m glad I done it but also for my girls, which is another reason I’ve done it. They’ll have something to read and they’ll learn how hard me and their mum worked, travelling all over the country and driving here, there and everywhere to forge my career.

‘It’s massive for them as well. My eldest had seven different schools, so they are all part of the journey. From my parents driving me all over the country and my sister getting dragged along, all my family are part of my journey.

‘I touch in the book about my brother and how I used to play football with him every day, which helped me because he was a bloody good player.

‘Everyone is part of it and everyone has their journey, and all get their piece. I hope the book shows everyone that it’s not just me who has done it but it everyone from the top down, even to players, managers, staff and people.

‘It’s a book about having determination to keep working hard and realising what I was.

‘In the end it’s become a book about freedom. As a 21-year-old, I freed myself from those shackles. I didn’t care about proving anyone wrong anymore. I didn’t need to. I just played football for the purity that it was, because I loved playing the game. The reason I walk onto a football pitch is, yes to win because I’ll always be a winner, but mainly because I love the game for what it is.’

The book features a foreword from TV presenter Jake Humphrey and Holt writing a letter to his 21-year-old self and is available in City’s official stores from tomorrow and then in book shops nationwide from Friday, June.

Watch our full chat with Grant Holt on the MFW YouTube Channel above.

Grant’s book can be purchased here.

Stuart Webber saying that he expects #NCFC to break their (£10m) transfer record this summer is very exciting.

If we do, which position do you expect the player to play in? My bet is CB.

@NorwichCityFC Having just watched this, can you urgently go back to Stuart Webber with the question we all deserve an answer to;

What is so wrong with Peppa Pig?!

Please and thank you.

Surprised there are not more responses to @cjsouthwell1902’s article. Assuming it’s the inside track there’s some really insightful info here about #ncfc’s approach in the transfer market.