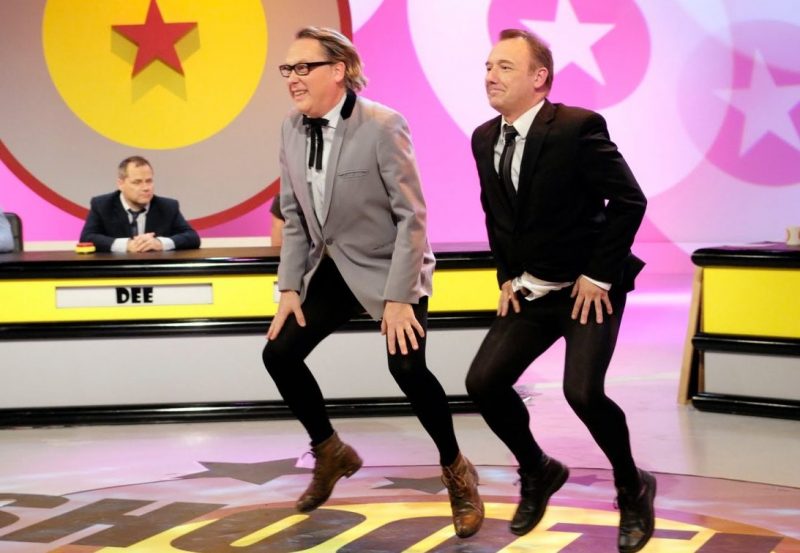 Self-indulgent it may have been, but Music Week worked nicely on MFW last summer in that period betwixt the conclusion of the playoffs and the start of the World Cup. To get a glimpse of the person behind the name when they’re not talking about our beloved Canaries was, in my view anyway, interesting.

I wasn’t sure how we’d match it this summer but between Martin and Stew, they came up with TV Week; in doing so offering a different insight into the make-up of the MFW crew and what makes them laugh and cry.

So, for what it’s worth…

For a reason that’s only just become clear to me, I can’t recall watching a single second of Mexico 1970.

I was just about old enough to take in footie on the tele, but that six-hour time difference clearly scuppered any chance I may have had of having my heart broken by Gerd Muller. I had to wait until West Germany 1974 to breathe it in for the first time – and man it was good, even if England weren’t there.

That had been scuppered by a Polish goalkeeper called Jan Tomaszewski who decided to shove Brian Clough’s words back down his throat by denying England the win they needed to qualify for 1974 Finals. It was live on ITV and can recall watching it with Dad. Devastated doesn’t come close.

Two years earlier I can recall watching the Munich Olympics of 1972, which certainly had its moments but was for me most memorable for the live TV coverage of the ending the terrorist hostage crisis. ‘Chilling’ didn’t come close and it’s stayed with me to this very day.

Kids’ TV in the early 1970s was restricted to the 4 pm to 6 pm slot on the two main channels and I wasn’t blown away by any of it, to be honest. So much so, aside from the staple of Blue Peter on BBC and Magpie on ITV, I can recall little detail other there was a science-based programme that included, amongst others, one Fred Dineage called How. That was interesting … I think.

Early evenings were when it came alive for me and I had a particular penchant for The Persuaders – a daft combination of a New Yorker (Tony Curtis) and a British aristocrat (Roger Moore) who teamed up to solve unsolved crimes while jet-setting across Europe. I loved it, and John Barry’s musical score stayed with me for how it captured the time.

It was also the supposed heyday of the British comedy – although many have failed the test of time horribly – and it’s weird to think how many even made it to air. Racial stereotyping was, it seems, fair game for laughs back then, which looking back is just horrific. Yet it’s weird home some look back to the 1970s with misty-eyes.

Saturday nights as a child were special, not least because this football-mad kid was occasionally given licence to watch Match of the Day. With hardly any live football back then, MotD was the programme, albeit there was always some BBC light entertainment, like the Morecambe and Wise Show, and a US crime drama like Kojak, Cannon or Ironside, to negotiate first.

It was all about the footie though, with Jimmy Hill presenting, no ‘experts’, and the highlights of three games with commentary usually from John Motson, Barry Davies and (I think) Tony Gubba. On the odd occasions City were on, they’d invariably lose.

Sunday’s were different though. Each region did its own highlights package, and Match of the Week with Gerry Harrison was Anglia’s offering with City or Ipswich usually getting top billing, albeit occasionally we’d be bizarrely offered the delights of Hull City from Boothferry Park.

It was uncomplicated and far-removed from the slick highlights packages we’re used to 2019-style, but did its job well, with the added bonus of it being preceded by my mum’s fine Sunday roasts rather than a charmless, bald, lollipop-sucking New York detective.

The only other TV highlight of the week I can recall was the Friday teatime treat that was Happy Days. The opening titles were literally music to my ears and signalled the start of the weekend, which I suspect is exactly what it was intended to do. The Fonz seemed cool at the time; now he appears just another idiot.

The 1980s were, for me, when school ended and college began, so there plenty of distractions away from a 22-inch TV screen, but there were still a few gems that were deemed worth watching; notably Moonlighting, with Cybil Shepherd and Bruce Willis, Only Fools and Horses (of course), Minder and Cheers.

The A-Team, on Saturday teatimes, was never going to win any acting awards but it did fill that hole between getting home from playing football and then getting ready to go out. And who didn’t love Mad Murdock eh?

Friday nights were notable for a fresh-faced Jonathan Ross fronting a show called The Last Resort, which for those who can’t recall was a talk show in the David Letterman style that was used as a launchpad for several British comedy acts, among them Vic Reeves and Bob Mortimer.

That toe in the door was all Vic and Bob needed and before long Vic Reeves Big Night Out was for me the programme with its bizarre and surreal cast of characters. It was daft, nonsensical and ridiculous – everything I loved – and while their influence (and funniness) has waned over the years, they remain my go-to comedy duo.

And Shooting Stars was just genius – loved it. Self-indulgent. Humiliating. Cringy. And more. But I make no apologies for loving every awkward second of it.

The Smell of Reeves and Mortimer, which followed, had its moments but the panel-show format of Shooting Stars was, for me, perfect for them.

The seeds to this more ‘anarchic’ (horrible term) type of comedy were sewn in the late-70s/early-80s when Not the Nine O’Clock News sneaked onto BBC2. A four-way collective that included Mrs Billy Connolly ripped up convention at around the time punk music was ripping up the middle-of-the-road establishment. It felt revolutionary and brilliant in equal measures.

The Young Ones, with the late Rick Mayall and the very-much-alive Adrian Edmondson, was equally groundbreaking and as part of the Comic Strip stable set the scene for much of the comedy that we watch today.

Around that time, and of a similar groundbreaking ilk, was Channel 4’s Saturday Night Live, which included contributions from some of the Comic Strip but also introduced a whole host of new names including our own Stephen Fry and a certain Harry Enfield.

For me, Enfield was Saturday Night Live and his array of characters – including Stavros, Loadsamoney and the Geordie “Bugger-All-Money” – were genius. He was also the voices of many of the brilliant characters in Spitting Image and went on to front his own brilliant sketch show, Harry Enfield and Chums.

Throughout this time, a couple of names kept popping up in various guises in both Vic and Bob’s and Enfield’s offerings, Charlie Higson and Paul Whitehouse, and amongst others, they delivered a 1990s classic in the form of The Fast Show – a quick-fire sketch show with characters and catchphrases by the dozen. Most of it worked, occasionally it didn’t, but it was perfectly attuned to the Gowers psyche of that time.

And to be honest, I’m still stuck in that Fast Show bubble.

The list of programmes I just about managed to squeeze in between Vic & Bob and The Fast Show are numerous and, I’ll be honest, I’m running out of steam a bit, so without further ado … a list in random order of stuff I watched and enjoyed:

Twin Peaks, Cracker, Father Ted, Dad’s Army (yes, really), The Office, Extras, The Sopranos, Band of Brothers, Spooks, Line of Duty, Planet Earth, Little Britain, Have I Got News For You and Gavin and Stacey to name but a few.

In the age of the boxset, I was tempted to reel off a few that I’ve been drawn to, but have to confess that over the last five weeks, almost every single one of them has been usurped by Chernobyl – a staggeringly accurate but haunting account of the disaster of 1986, containing a whole host of familiar faces.

It was, in my view, TV at its absolute finest and seems a fitting way to end.

Thanks for bearing with me 🙂