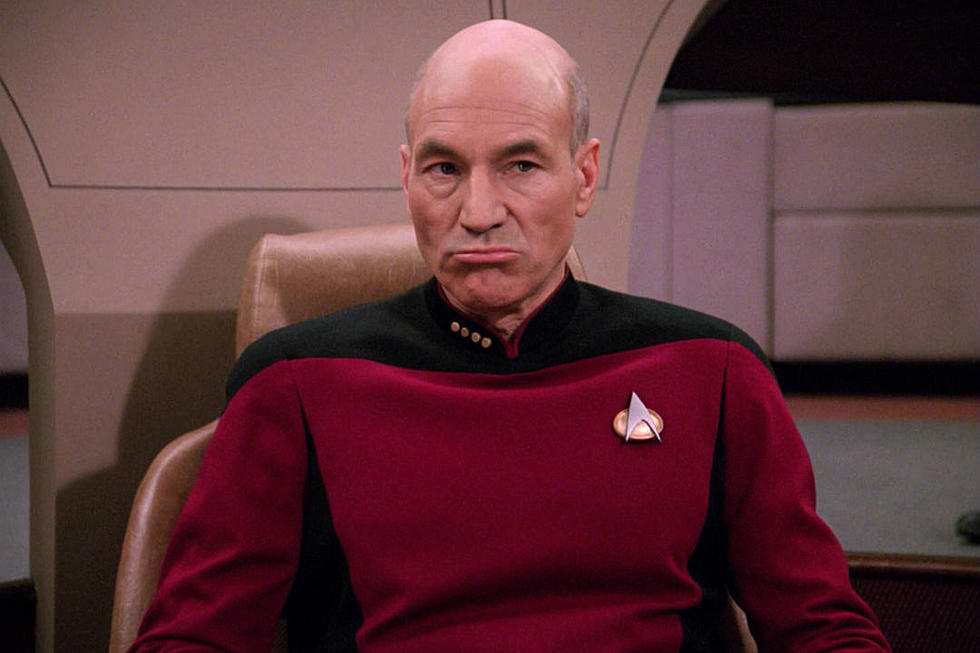 I will, at this point, distinguish between a Trekker, such as myself and a Trekkie.

Trekkie’s are devotees of the original Star Trek series, as conceived and written by Gene Roddenberry and made by NBC.

And I can take it or leave it.

Trekkers, on the other hand, are fans of the more recent adaptations of the franchise, that is, anything and everything from Star Trek: The Next Generation up to, and including the not very imaginatively titled Star Trek: Picard which is due to be screened on Amazon Prime towards the end of the year.

We’re all, to be perfectly honest with you, getting rather excited about the return of Jean Luc. It’s been thirty or so years since his scrap with the Romulans, as depicted in Star Trek: Nemesis (it is believed that the humble colon would have become extinct had it not been rescued by the writers of these particular TV series and films) and he has, in that time, been assumed retired from Star Fleet and is spending his time managing the family vineyards in France.

Except of course, something is stirring in the galaxies nether regions and Picard is needed again.

I’d tell you more but, a), you probably don’t want to know and, b) that’s just about all I and everyone else knows about it at the moment.

Most people associate Star Trek with Roddenberry, who saw it as a type of ‘wagon train to the stars’. Westerns were big business on US television in the 1960s and Roddenberry thought, not unreasonably, that the concept would transfer well from a wagon train to a starship.

The endless journey and all the discoveries and privations it would bring. Good guys and bad guys. Exploration. Drama. Love.

But no conflict. Because Roddenberry had postulated that, by the time the 23rd century had dawned, mankind would have got over its petty squabbling and war-like behaviour and that everyone would get along very nicely indeed.

No wars. No politics. No money. Just a permanent state of bliss.

Which is admirable. And something to be unequivocally wished for.

But in terms of television, it turned out to be hugely boring when it came to storylines.

The elephant in the room in fact. Except, of course, with this being Star Trek, the elephant would be a man in a rubber suit that had a hose attached to it in order to pass off the appearance of a trunk.

Many of the original series’ writers presented some brilliant scripts to Rodenberry, which he rejected out of hand if they even as much as hinted at someone not getting along with someone else on the Enterprise.

Wall to wall magnolia which, fortunately, a few of the show’s clever writers (before they were fired) managed to circumvent in their scripts by introducing numerous alien species who provided some much-needed antagonism.

Unfortunately for Roddenberry and NBC, the sixties and early seventies were a time when science fiction, as a genre, started to become just a little bit grittier and darker.

Gone was the derring-do of Flash Gordon and Buck Rogers. To be replaced by storylines where things went wrong and, more often than not, had gone wrong because mankind had erred in some fashion.

The Day the Earth Caught Fire (seriously, if you have not seen this film, do so – it’s on YouTube), 2001, The Andromeda Strain and, memorably at this time of green awareness, Silent Running.

No-one wants to watch an hour and a half of Utopia. Audiences back then, as they do today, want dark storylines, suspense, disaster, death and the apocalypse.

Witness, for example, the success of Chernobyl right now.

If it was a programme about everyday adventures at a wind farm, adventures that were brutally interrupted one day when the wind dropped for an hour or so, then no-one would bother to watch it.

But a nuclear reactor blowing up? Bring it on.

Back in the early 1990s, the writers who had been involved in the Star Trek franchise were aware that Roddenberry’s influence on his creation was waning.

Which meant it wouldn’t be long before the Chernobyl of the franchise came into glorious existence.

Star Trek: Deep Space Nine (DS9) is set on a space station. Which means rather than the characters portrayed in the previous programmes going out and discovering strange new worlds, the inhabitants of assorted strange new worlds come to them.

It’s a seven-season romp packed full of skulduggery, betrayal, war, corruption, politics and out and out hostility. Roddenberry would have hated it.

It’s a hugely underrated piece of television that is highlighted by great writing and superb character portrayal and development.

There are strong women. And weak men.

Roddenberry’s idea of anathema. He liked his women undressed and his men undressing them.

Which makes me think that he was, in truth, the best and the worse thing to ever happen to Star Trek.

He wanted a universe that was perfect in every way. Perfect, that is, as long as that image of perfection tallied with his rather old-fashioned vision of what it might be.

The Universe of DS9 is anything but that.

It’s fractured, its dark, its full of tension and uncertainty.

But it’s a Universe that makes for some wonderful entertainment and storytelling.

Which is more than enough for me in my downtime.

Because my name is Ed. And I’m a Trekker.