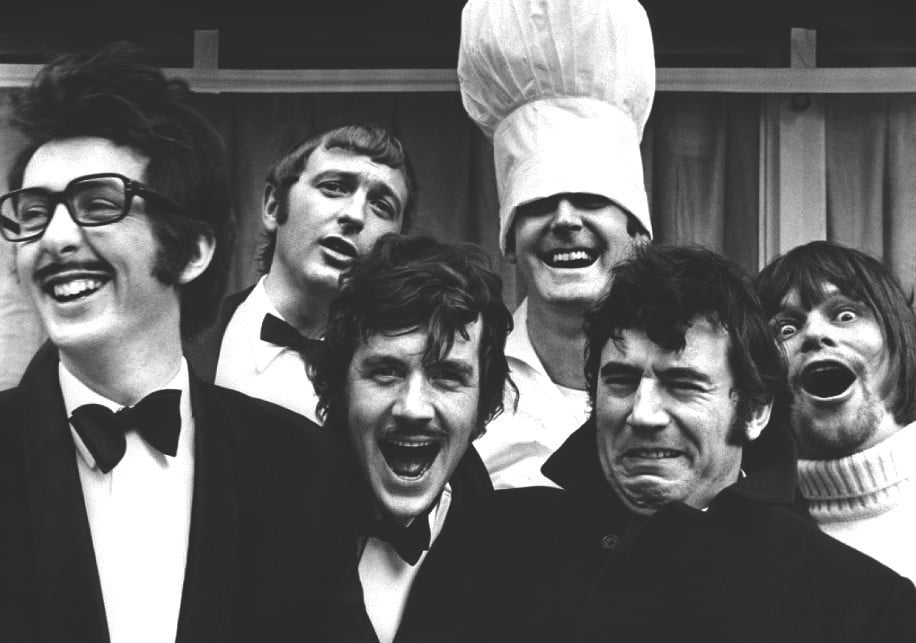 Well our MFW TV week certainly revealed a lot of common likes and also a fair bit of diversity.

I never thought we’d conclude with a magnificent appraisal of Star Trek from Ed Couzens-Lake, but that’s life Jim, just not as we know it.

There was quite a bit of collective love for some of the obvious ones – Monty Python (thanks Stew), Blackadder, Minder and the Comic Strip team and all those marvellous spin-offs.

What was not mentioned – by readers and writers alike – which could have been?

Absolutely Fabulous, the Vicar of Dibley, OTT, Panorama and Crimewatch to name but a few.

Back in the day, I was occasionally an extra for “Police Five” with Shaw Taylor. The only role I can remember was bumping into a passenger alighting from a Red London Routemaster bus, nicking his wallet and buggering off on said bus.

Apparently, I did it so well there was no need for a second take.

The “wallet” was actually a Ryvita biscuit, but I did work for the Met after all and we couldn’t afford props.

Television has brought me joy and sorrow over the years, just as it has to all of us.

I got to meet several wonderful characters and a couple of buttholes (genuinely just one or two who I will not name) connected with that seemingly insular but actually all-embracing world.

Mrs P is in front of me as she met Edward Fox (more famous for theatre than television, but a “telly star” nonetheless) on several occasions.

My personal list includes a lot of folks I met in my capacity as a journalist but also a few impromptu encounters.

As this an end of MFW TV Week wrap and not an ego trip I’ll mention just a few of them.

Me and my mate Dave got free tickets to see something called “Yes We Have No Pyjamas” at the Harlow Playhouse, directed by Victor Spinetti and featuring one Fiona Richmond – many of our male readers will remember her for one reason or maybe two.

The set fell down at intervals, there was plenty of female nudity with no ostensible plot and as I recall they cancelled filming halfway through the debacle.

Afterwards, I approached Spinetti and Richmond, saying I was reviewing the show for the local rag, which indeed I was. Spinetti gave me a hug, said “Darling write what you like” and stormed off with a face like thunder.

Ms Richmond said: “Surely we weren’t that bad?” and that was that. Until I encountered her again a couple of years later by chance while she was opening the Top Man store in Harlow. She hadn’t forgotten me and gave me dogs.

I got £250 from the Sun for that story. You could buy a half-reasonable car for that in those days. $od the Harlow Gazette, money came first then. And maybe still does.

Frankie Howerd was a nice bloke – I met him in an Ilford churchyard while he was reading his script for the “unscripted” stage show Superfrank.

He took a right shine to my mate Solly and asked him into his dressing room before the show.

He didn’t invite me. Solly chose not to go.

Finally, there was the strange case of Bernard Manning. Racist to the core? I’m not sure about that tbh.

I bumped into him outside the Treasure Village, my local Chinese restaurant in Knutsford. He’d been paid a lot to put on a cabaret act for the owner – a personal friend of his.

We were yammering on for ages and he said it was all a myth that he was racist – it was how he made his money.

And how sad is that?