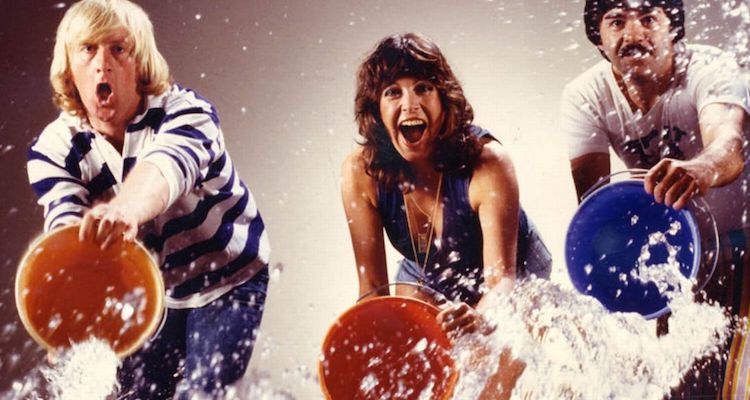 Just when you thought it was over…

Having badgered a really lovely chap by the name of John Asher for a piece that would dovetail nicely with our TV Week, I was (in football terms) over the moon when one dropped into my inbox yesterday. So, without further ado, I’ll let John explain all…

I should start off by saying that I am probably the least qualified person I know to write an article for MFW.  Whilst I’ve been following the Canaries for 47 years, if I’m honest I know ten per cent of sod all about football.

Don’t get me wrong, I can pontificate ad nauseam about the merits or otherwise of a flat back four; I could argue for hours about the benefits of playing two up front, or indeed who should be the tip of a diamond formation.  But if I’m honest – I still don’t really have a clue (a perfect fit for MFW – Ed).

The history of my relationship with NCFC begins in 1972.  I was a singer/dancer in the stage version of an award-winning television series, and we were finishing a two-year tour playing the Theatre Royal, Norwich.

I had no real interest in football, having been a rugger bugger at school and after, and much preferred the lure of the oval ball.  But events conspired against me: Norwich City were in a League Cup Final, and it was my 21st birthday during that three-week run in the Fine City.

Norwich was a very different place in 1972. Instead of the now traditional shopping centre, populated by the same shops in whichever town you happened to find yourself, shopping was very much still a local business, and streets were populated by butchers, greengrocers, bakers and grocers, etc.

Rather wonderfully, it seemed to me that every shop I saw was making great efforts to show its support to the football club, green and yellow favours being displayed everywhere, and bakers shops, especially, filling their windows with cakes iced in the magical green and yellow colours of our club, with messages of good luck emblazoned across them.

Whilst this didn’t make me an instant convert to the round-ball, it did make a lasting impression on me as to the extent of community support and joy that envelops the club and still survives to this day.

When, therefore, I began to show an interest in football, it was always Norwich’s results that I looked out for, and very soon, hungered for.

Football in those days was a lot less accessible, remember. There was MotD on the Beeb, and ITV showed matches local to the region that they were based in, but all of this coverage was restricted to highlights, so – compared to today – the fare on offer was quite poor.

But to us fans at the time, anything on TV with our team was just fantastic. On the plus side, if you happened to find yourself in the Anglia TV region, you almost always got ten minutes of Norwich, because there was only one other senior team in the area. Whoever they were. 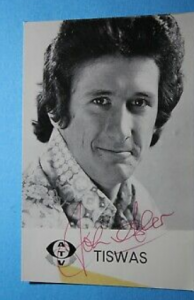 It all got a lot easier for me when, less than a couple of years later, I landed a contract presenting a new, Saturday morning children’s TV series called TISWAS. The budget was so low that we didn’t even have a proper studio to begin with: it was me, on my own, in the Presentation studio – a one-man studio with a remotely operated camera from which the continuity announcer (remember them?) would do their in-vision inserts between programmes.

Christ Tarrant at the time was a newshound for the local ATV Today news programme and would hurl me out of the chair to do his piece for that day. The slapstick started when Peter Tomlinson – who was ATV’s Mister Continuity – and a top bloke (who originally dreamed up TISWAS), decided to drench me with the contents of a soda syphon.  And so the stage was set. 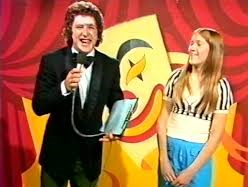 Occupying this tiny space lasted for only a handful of episodes before we moved to a slightly bigger studio, and Chris and I then shared presenter roles and custard pies, backed up by Peter Tomlinson, swinging from a rope, draped like Tarzan, and Trevor East doing his sports item.

Trevor later became a director of his beloved Derby County, and he eventually became an integral part of the team that built Sky Sports’ dominance of live top-flight football.

However, one of the real joys of getting this fab gig, was that I got to meet Billy Wright (who, by then, was Head of Outside Broadcasts), and a wonderful former actor by the name of Hugh Johns – who had become ATV’s football commentator.

We spent many happy hours – possibly too many – in the ATV bar, just chatting, sharing reminiscences (although at 24, I didn’t have that many to share), and I learnt a lot from them and about them.  But, in addition, if I was not making a public appearance on a Saturday afternoon in the season, I could get to watch the live football feeds coming into the editing suite in the ATV studios.

From an NCFC point of view, all this peaked on 1st March 1975.  Norwich were playing Aston Villa in the League Cup final.

From my point of view, it was completely permissible and understandable – especially on a slightly anarchic programme like TISWAS – for one of the presenters at the end of the programme to sport a Norwich City scarf, and yell out “Come on you Yellows” over the end credits.

From a TV studio in Birmingham. In a show that – at that time – only covered the Midlands area.

As the end credits ground to a halt, the door to the control room burst open, and an extremely irate director informed me in no uncertain terms that what I had done was not ……. etiquette.

My bar bill that day seemed a great deal higher than normal.

But, thanks to that live feed, I was able to spend that afternoon watch the whole game in the editing suite. And we lost, to that Ray Graydon penalty. But did it really matter?

Yes, it bloody well did!

Funny thing was, I played in a TISWAS charity game a few weeks later, against some of the Villa team, including Brian Little.  And still lost.

Eventually, having endured (the indignity of) being a one-hit-wonder on Top of the Pops, it was time to get “a proper job”.  But that then released me to see a little more of my beloved City.

But, maybe more of that later.

If you’ve made it this far – thank you for reading!