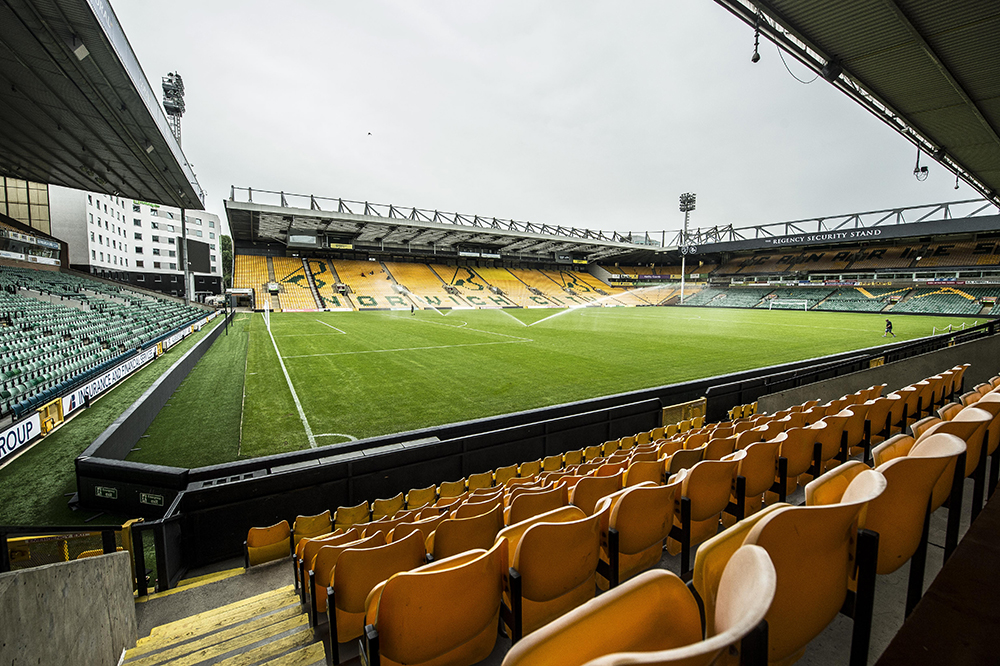 It’s an age-old conundrum and one that, for different reasons, gets reignited from time to time. This time I blame BBC Radio Norfolk’s Richard Hancock, who tweeted this last week.

#ncfc fans: Would you be up for moving to a brand-new stadium out of Norwich?

A few years ago I'd have said "over my dead body" but I'm really warming to the idea. pic.twitter.com/D7FpRt9RiW

If nothing else, I admired Rich’s chutzpah, as I once wrote a piece on that very subject for this site and still have the bruises and scars to show for it. There was an overwhelming – and I mean overwhelming – sense of it being totally nonsensical to even think about moving from Carrow Road.

And I get it. For all its quirks, our stadium remains a thing of beauty. It has soul. It echoes to the sound of days gone by. When On the Ball City rings out, it feels like more than 26,000 voices are singing it.

In addition to the emotional attachment, there are also the more practical realities of having a city centre stadium, which has Norwich’s glorious skyline as its backdrop.

First up, there’s the accessibility issue, which means the ground is a short walk from the railway station, pubs, restaurants and bars that collectively make the place so wonderful. The alternative would not only mean these same hostelries miss out on match-day trade, but would totally transform, for the worse, the match-day experience of the faithful.

Similarly, there’s also the fact an out-of-city stadium would deny visitors the chance to sample the delights of our fine city, along with the subsequent financial impact on the city centre economy.

The reasons against are numerous – as I was reminded – but Rich’s point was made against the backdrop of City now re-joining the Premier League for the fifth time in this decade.

Because that’s the point. As a Championship club, a stadium that holds 27,244 fans just about works. Just. Okay, it creaks at the seams a bit when Leeds come to town – what stadium wouldn’t when 30,000 straight-talking Yorkshire folk descend en masse – and also when we play our friends down the A140, but bonafide sell-outs are fairly rare.

This, of course, changes when the Championship becomes the Premier League.

All of a sudden, the stadium becomes, in terms of numbers at least, unfit for purpose. Well, not strictly true – when the likes of Bournemouth, Burnley and, say, Brighton arrive we’ll likely hover around the ‘97% of capacity’ mark – but there will be several games next season when, if we still had them, the ‘sold out’ signs would be out.

For a club that’s currently upwardly mobile, we have a stadium that isn’t quite big enough. A 32,000 would probably do the job, 35,000 would be ideal and even better if among those 35,000 were some safe standing spaces.

So, how do we do it? How do we engineer ourselves a ground that can accommodate 32-35,000 while satisfying the clear and obvious desire not to relocate to an identikit stadium that would invariably be built adjacent to, or form the part of, a shiny new industrial estate?

Tis a valid question, especially when the UEA report commissioned by David McNally in the early part of this decade suggested that the cost-per-seat of expanding the existing Geoffrey Watling stand would be over £,2800 … the pay-back period of which would be at least four seasons, even before you think about funding the £20-£30 million upfront cost in the first place.

But given the forward-thinking, that clearly now goes on in the corridors of power – new membership schemes aside – it’s a given that these types of discussions will have taken place, even if, for now, there is no obvious solution.

An interesting compromise suggested by Rich was the prospect – as ludicrous as it sounds – of going down the purpose-built, brand new stadium option but still within walking distance of the city centre; the suggestion being the old, soon to be vacated, Colman’s site be purchased and remodelled into the new home of Norwich City.

OK, we're in fantasy-land here, how about a completely new stadium, but remaining "in Norwich" (strictly speaking it's Trowse), on a soon-to-be-vacant site?….. I give you Carrow Abbey: pic.twitter.com/iikts9OOe8

‘Fantasy Land’ is how he described it, but it’s an enticing thought that would retain some of the pros of staying at Carrow Road while at the same time offering the opportunity to have a cool, beautifully designed, purpose-built, not identikit stadium, that would enable the club to get another 7000 bums on seats. One that wouldn’t have a carbuncle of a hotel perched in one corner where there should be supporters.

But, when reality strikes, the cost of buying said city centre land would be rather more costly than purchasing land out-of-town; one of the very reasons why shopping centres industrial units and football stadiums pop up in these places.

Is a nice thought though.

As things stand, only four Premier League teams have stadiums with a lower capacity than City, yet in terms of crowd potential we could, I’d suggest, more than compete with those middling Premier League clubs. So there is a big imponderable to be pondered.

But minus a ground with a greater capacity, this club’s medium and long-term future will be hindered by this glass ceiling that, in part, takes the form of a Holiday Inn.

As this whole piece has been framed around Rich’s original tweet, it’s only right that ‘Norfolk’s’ finest is permitted the final say. So…

‘I totally agree that moving to an identikit bowl on a retail park would risk tearing the heart out of the club, not to mention the infrastructure headaches and harm to businesses in the city that would come with a move out of town.

‘I do however think that Carrow Road, requires significant development to realise the club’s potential, and throwing a new tier on a 35-year-old stand just won’t cut it for me. A complete rebuild is out of the question, I mean where do you ground-share during construction?

‘That’s why, when we establish ourselves as a Premier League club, I’d be happy to move to a new ground if it were in a location within walking distance of the City and with an interesting, innovative stadium designed to create an atmosphere.

‘There’s bags of potential for this just across the river at the old Colman’s Carrow Works site, which is soon to be vacant I believe and brimming with local history.

‘We moved from The Nest and grew as a club, I don’t think there’s a reason we couldn’t do it again.

‘Fancy a Saturday afternoon at The Mustard Bowl?’

So… who’s up for it? As ever, we welcome your thoughts.