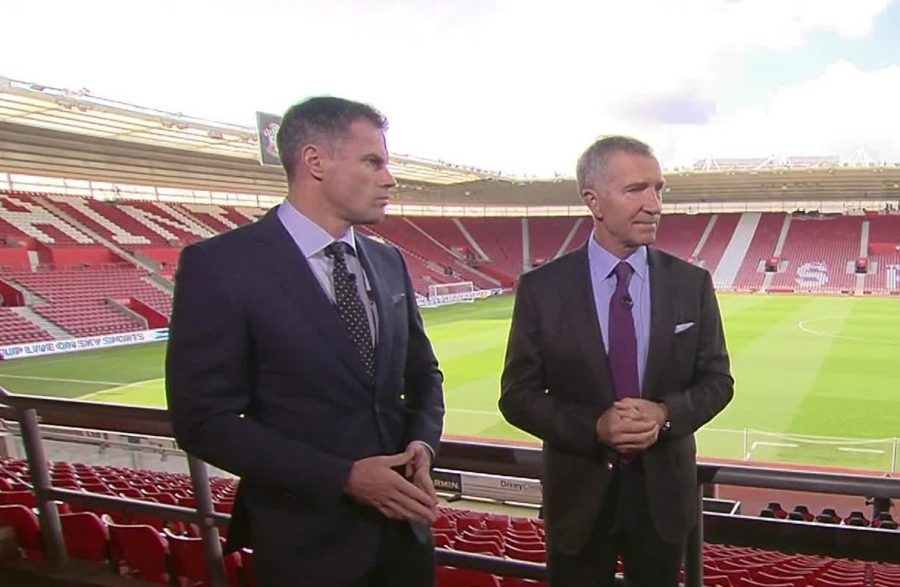 As we prepare to reacquaint ourselves with the Reds of Merseyside, it felt like a good time to delve into the archives and re-post an Ed classic. Also, references to good old-fashioned, bonafide, paper and ink fanzines may just be pertinent 😉

Once upon a time in the not so distant past, there was a rather good Canary-themed fanzine called Liverpool Are On The Tele Again.

Quite a daring move that, calling a fanzine that was all things Norwich City after another team – after all. If, for example, you were selling a particularly fine brand of vintage wine, you’d hardly have the word Vinegar printed on the label. Yet, by naming their publication after the anti-football team of the time, the creators of LAOTTA had demonstrated a spark of marketing genius, the magazine becoming, despite its title, synonymous with the Canaries.

And nothing much has changed, really. That Liverpool team of the late-70s/early-80s were indeed welded to the production scheduling of Match Of The Day and The Big Match and, much like the FA Cup obsession that TV producers now have with Manchester City, they have maintained the love-in with that Liverpool side by using as many of them as possible in a (and I use the word lightly) ‘pundit’ type role.

Right across the channels, there they sit; you could almost bring out a sequel to the original magazine and call it Ex-Liverpool Players With Nothing Of Any Substance To Say Are On The Tele Again. They’ve been everywhere. Phil Thompson, Alan Hansen, Mark Lawrenson, John Barnes, Steve McManaman, Jim Beglin, Graeme Souness, Jamie Redknapp, Jamie Carragher… the list goes on and on.

Even far, far into the future, when we’re all living in space, eating out of toothpaste tube-like contraptions and getting around by hover car, an ageing Ian Rush and Kenny Dalglish will be wheeled out to give their views on all the latest games to be played in the Martian Premier League. They don’t call it the Red Planet for nothing. In football, it really is a case of, the more things change, the more they stay the same.

And, as far as the title of the aforementioned magazine is concerned, Liverpool really were on the telly again. And again – and again and again and again. You get the picture. And they were always on it. It was, after all, back in the day when Match of the Day could only show highlights of a maximum of three games per programme.

So, like it or not, with the mob from Anfield hoovering up every trophy that they entered with increasing regularity, they were the easy choice to appear on the show. More often than not, therefore, we would likely get one of our own rare appearances on the programme if we were playing them. Which brings us nicely to Saturday, February 9, 1980.

With the Reds due to make the long trip down to Norfolk to play John Bond’s side (who were unbeaten in their previous eight matches), the TV cameras were obviously there to pay homage and witness the execution.

Liverpool arrived at Carrow Road on that February afternoon as reigning First Division champions, retaining the title and the glory that they had seen as their right; eclipsing eventual runners-up and previous winners Nottingham Forest by eight points.

The campaign had seen them unbeaten at Anfield, scoring 51 goals in the process. Six of those goals had been courtesy of a 6-0 mauling of Norwich, and it was, one can only expect, with another goal-fest in mind that Barry Davies and the Match of the Day cameras made the exhausting three-day trek to Norwich for the game.

That game has, of course, since passed into the MOTD archive as one of the most thrilling games ever to be featured on the programme – one that those City fans at the time will likely never forget, even if the final result was a 5-3 win for Liverpool.

Yes, they won the game and the points on the day. But the glory was Norwich’s, yellow and green in tooth and claw as they took the game to their illustrious opponents, lambasting a Liverpool defence that included a bewildered Alan Hansen who was, throughout the match, seen to demonstrate some “shocking defending”.

This was notably evident when his cowardly duck meant that Justin Fashanu’s explosive second half volley had an uninterrupted journey past Ray Clemence and into the Liverpool goal, causing celebrations of such fervour and excitement in the Barclay that I doubt the foundations have been the same since.

The consummate ease with which Fashanu casually flicked the ball into the air before, from a standing start, thundering that shot into history remains one of the iconic moments, and goals, of that decade. As does his celebration – one which, in today’s age of fully choreographed and pre-planned celebratory epics with their cast of thousands, Dolby surround sound and infinite camera angles, sends them all scurrying into the shade.

No histrionics, dance moves, baby rocking or the triumphant run and 100-metre slide on your knees. Not for Fash – he was too cool for that. He simply turned and walked back to the centre circle, his right hand shyly raised in acknowledgement whilst, all around him, pandemonium ensued, that furore and attention now set to stay with him for the rest of his tragically short life.

A game and a goal that should have signalled the beginning of a magnificent career for him became his epitaph, one which, rightly, remains a happy Canary memory but is a sad one as well. It was fitting that he should have demonstrated just what a good player he was and what a great one he could have been in a game against opposition who were, at that time, as good as any in club football anywhere.

Yet if Alan Hansen hadn’t ducked, Fash and his that goal may never have happened and Match Of The Day wouldn’t have had its iconic moment. It seems astonishing now doesn’t it, especially when we are all able to listen to his words of wisdom (“… he should have done better there” … “the lad has got to kick that in the stands” … “what’s he doing there?”) every week to think that he bottled it and got his head out of the way of that shot.

In retrospect – thank goodness he did. But, on that chilly Norfolk afternoon, Alan Hansen ducked. When his job was to ensure that his body was betwixt ball and goal, when he needed to put himself in the line of fire, he was found wanting. If he was to witness something during a game during his MOTD tenure I have not the slightest doubt that one of his ‘people’ would write something down on a cue card for him so that he could make a suitably withering comment about “the big number six for them” after the game. You can talk the talk but you didn’t always walk the walk when defensive responsibilities came to mind. Hansen the mendacious!

A defeat then but one, if there is such a thing, which was glorious in its execution and which earned Norwich, and Fashanu in particular, some rare but much deserved praise and attention on the national football stage.

This, of course, is not always something that has come from our appearances on the programme, especially in our last few sojourns to the Prem when we do seem, at times, to have been regarded as the unexpected and unwanted guest at an otherwise rather exclusive party – and treated accordingly.

And yet, strangely, there could be something in that for any enterprising Canary fan with half an eye on the world of digital media, one who might like to attempt to emulate those publishing pioneers of three decades ago and produce his or her successor to the late lamented Liverpool Are On The Tele Again.

It could be called Norwich Are Last On Match Of The Day Again. Lads?