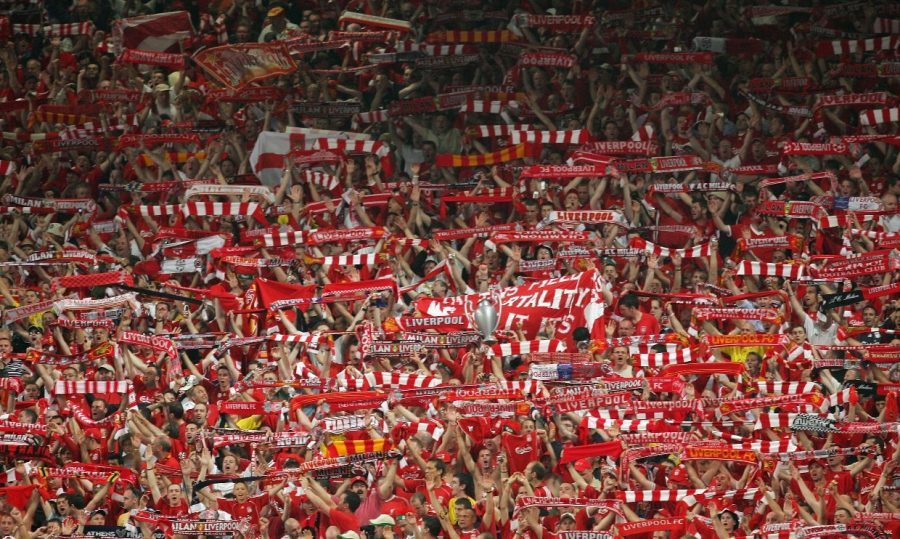 Back in the day when I had to work bloody hard for a living, my job involved visiting factories and/or tech bases all over the UK and occasionally Europe as well.

I was Norwich-based, which meant many hours of travelling time, but if I had to get up at four in the morning and stay over it didn’t bother me. It was the company’s car, not mine and driving 60k a year was nothing to me.

One of the places I went to about once a month was an ink factory in Huyton, Merseyside. It was directly opposite what was then the “Waste Transfer Station” and made Swanton Road smell like Chanel #5 if the wind was in the wrong direction, particularly on a hot summer’s day.

However I loved going there, I really did. Because of the people and the warm welcome I received every time.

As soon as I disclosed that I was a Norwich supporter (the tie kind of gave it away) I got the predictable retorts, but they were so good-natured I didn’t mind.

The shop floor area was literally covered in posters of everybody from Tommy Smith to Ian Rush, with a little bit of Kenny Dalglish thrown in for good measure. Even Jan Molby. Many of them came from Shoot magazine.

I spent many a happy dinner break in either the Chapel Brook or the Hare and Hounds and all these guys wanted to talk about was football.

Sure I had their history repeatedly rammed down my throat but I’m thick-skinned enough to accept that. Fergie (not that one) had even been to Carrow Road a couple of times and said how much he loved the atmosphere. Tony concurred and he was at the game when the Fash wondergoal occurred, which our Ed C-L so admirably recalled on MFW yesterday.

I wasn’t there myself I’m afraid. I was stuck in London at the time.

A quick walk upstairs to the Huyton offices led me to meet one of the nicest guys I’ve ever met in my life, one Ken Stringer, who I got to know well.

I’d sometimes play five-a-side at the nearby Pitz centre with Fergie and his mates, but Ken attempted to teach me the error of my ways. He was the only Evertonian among around 80 employees and gave me a dare for the company rag I produced, as in: If I get a picture of me in the Anfield boardroom wearing an Everton scarf would you publish it?

He did and I did. Ken knew some high-profile people around the “Stanley Park” area and was somehow allowed to get away with his stunt. True.

One Friday, Fergie said his mate had been involved in a bad accident at work and would I like to go with him to the final game on the standing Kop.

I bit his hands and feet off and I would imagine I was the only Norwich fan standing on the Kop that afternoon. Emotion doesn’t come into it really. Poignancy has never been better observed, at least not by me.

The Liverpool fans were lamenting the demise of the old-style Kop, not a 1-0 defeat courtesy of Gossy.

I actually consider it an honour and a privilege to have stood there that day.

To Fergie, Ken and Tony, come August 9 I’ll be wishing you what you wish me of course.

But congrats on the Champions League triumph!

And thanks for all the banter, even if I had to drive about five hours to listen to it.

Well, it all happened yesterday! For starters, everybody’s favourite son of Dereham, Todd Cantwell, signed a three-year contract extension. Whatever any comments have been made elsewhere about Todd’s agent, the deal has been sealed.

Maybe he’ll be sent out on a short-term loan, although the award of the #14 shirt would tend to go against that.

Max Aarons has most deservedly got his coveted #2 while several stalwarts continue as they did last season.

Rocky Bushiri has also joined from KV Oostende, or Ostend as us non-Belgians know it.

And to top it all it looks like we’re in Lewis Hamilton position to sign Partick Thistle’s emerging star, Aidan Fitzpatrick.

My head is spinning after all that being revealed in one day, but we’re becoming so adept at planning for present and the future in tandem.

And no squad number for Oliveira, Husband or Marshall?

Rather predictable and rather welcome in equal proportion.