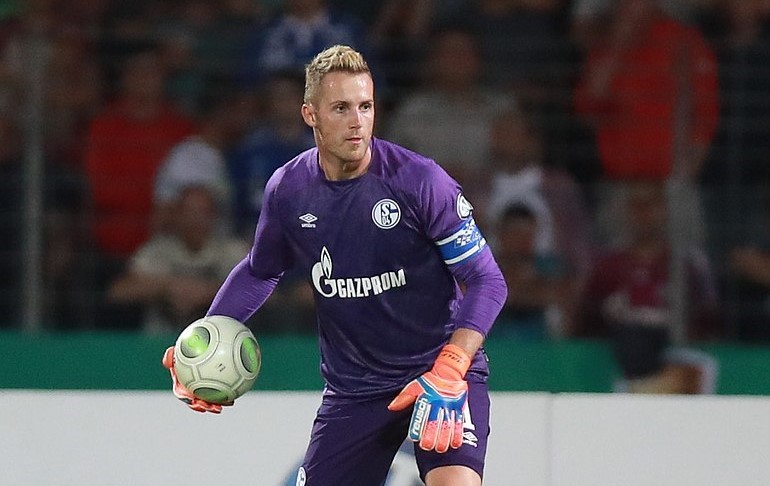 When Schalke’s Ralf Fährmann was rumoured, in the early part of last week, to be in the sights of Stuart Webber and Daniel Farke, I have to confess to having been caught a little off guard.

Not because I didn’t expect us to be in the market for another keeper – with the best will in the world, Michael McGovern has all the hallmarks of a Premier League number three – but because I’d assumed that anyone who came in would automatically do so as Tim Krul’s number two.

But Ralf Fährmann has pedigree and, it seems, is part of a group of German keepers who can legitimately claim to have ‘sweeper-keeper’ on their CVs – Manuel Neuer, of course, being the most notable of this bunch. All of which would make the Schalke keeper a great fit here.

The official line appears to be that Tim Krul and Fährmann (pronounced ‘Fear-man’, I’m told) will compete for the keeper’s jersey and ‘may the best man win’, but for the club to shell out a reported €3 million for a loan fee signifies a fair amount of intent. He’s not upping sticks from his homeland for ten months to come and sit on the bench.

Equally, Krul is not known for his faint heart or defeatist attitude, so it promises to be quite a battle, with McGovern mainly in charge of balls and cones.

I do wonder if there is another rabbit to be pulled out of the Webber hat before it all gets serious. It appeared we were, at some point, in for the Benfica midfielder, Filip Krovinovic, even though central midfield is not an obvious area that needs surgery.

The overriding message seems to be that sentiment plays no part in a squad overhaul when the Premier League awaits. Make no mistake, every single one of those players who participated in last season’s title win deserves a crack at the Prem, no question, but, equally, Webber, Farke and co will have discussed those they think may excel and those they think may fall short.

You can never have too many good players and complacency is not a word in Webber’s vocabulary. If they have identified a player they consider an improvement on what we already have and he’s available, then sentiment won’t come into it.

That ruthless streak clearly applies to the goalkeeping department, just as it does every department of the club, through from the playing side to the admin function to the media team, and everywhere in between.

Similarly, there is a clinical edge to the way the club goes about raising funds through its commercial activities right now – one that doesn’t sit particularly comfortably with some supporters. The prospect of the LeoVegas tie-in coming to an end was welcomed by those who questioned the ethics of partnering a gambling company, only for the frying pan to become the fire.

Ben Kensell’s attempt to explain it away as Dafabet being Asian-facing as opposed to UK-facing was about as convincing as his revised explanation of the membership scheme, but ultimately he’ll see both as storms that have to be ridden out. His job is to raise funds that will bolster the playing side of the club, not appease those who question the ethics around how those funds are raised.

Talking of which, the club is about to receive a significant boost in the I&E line that reads ‘Merchandise (replica kits)’. For anyone who is yet to see the launch video of the new kit, please watch it…

And if that doesn’t get the hairs on the back of the neck standing up, nothing will. The appetite for the new season is now well and truly whetted.

Congratulations must go to the video production team who excelled themselves, with the array of City legends, including a lingering glimpse of Justin on the tunnel wall, providing the perfect backdrop to the eventual sight of Teemu Pukki adorning the new kit.

In one minute 12 seconds, they manage to encapsulate perfectly what it means to support Norwich City. In their own words; For the County. For the City. For every single fan – all a far cry from the hard-nosed decision-making that has taken us from Championship to Premier League season.

So, there are folk at the club who get it, while others make the tough decisions that make many of us shift uncomfortably, but we’re about to enter the most unforgiving, ruthless and cash-laden league in the world.

Whether we like it or not, there is a price to be paid if we wish to be competitive – especially being the only self-funded club in the league – and further down the line, I expect there to be more decisions that will strike a chord for the wrong reasons.

That, people, is the environment in which we now find ourselves. We don’t have to like it but, I fear, we do have to accept it.

@campbellclaret Well done BFC. From a #NCFC fan, we had our day last season at #Carrow v #MCI

Premier League star comes clean on how he crashed his Lamborghini - https://fanbanter.co.uk/premier-league-star-comes-clean-on-how-he-crashed-his-lamborghini/

Norwich City’s Championship record since the start of the 2018-19 season:

I know there’s not much competition, but Jarvis Cocker has contributed towards the best thing to happen in 2021 so far.

Acknowledging a great #ncfc pun with an Alan Partridge reference thrown in for good measure.