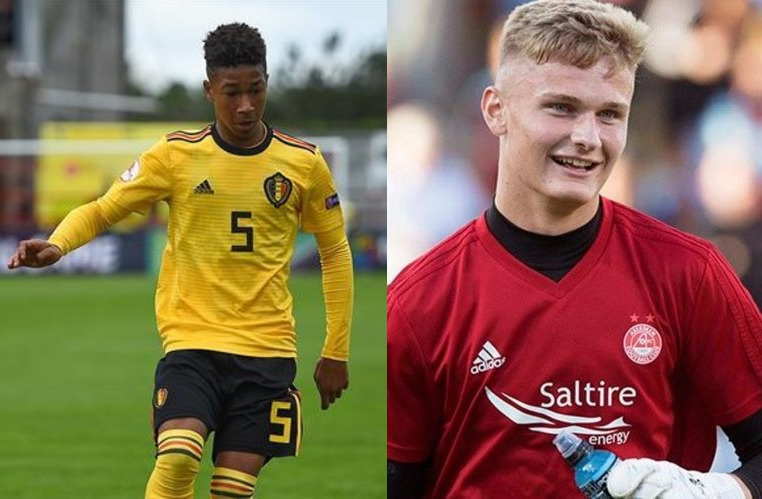 It would be difficult to underestimate the influence of Stuart Webber on Norwich City, even though, as I discovered last week, there are still a few people out there desperate to criticise him, however inaccurately.

In that particular instance it was an attempt to hold the Sporting Director, who is not involved in the commercial side of the club, responsible for the membership fiasco, but, as they say, there’s nowt as queer as folk…

However, I digress, because what I wanted to write about was the less obvious impact that Webber is having in shaping the future of this football club.

While bringing in the likes of Josip Drmic, Patrick Roberts and Ralf Fährmann to the first-team squad are the things that garner headlines, what’s really exciting me is what’s happening elsewhere in the club.

It’s a fact that City’s youth system hasn’t been awfully successful in the last 20 years, despite that FA Youth Cup win in 2013, with the Murphy twins the only members of that team to prove themselves at the highest level, and a great deal of money has been invested by the club to largely supplement the rosters of lower and non-league teams.

For a club with no rich benefactor that was a major problem, and one compounded by the relative datedness of the training facilities, which was also having an effect on the club’s ability to attract first team players.

Clearly, something had to change and the new Colney that is now being unveiled has brought the club’s facilities bang up-to-date and justified the faith of the many fans who invested their money in the Canaries Bond. It has proved an excellent investment both in monetary terms and its effect on the club.

It’s worth remembering how things stood when the bond was launched. City were struggling on the pitch and there was plenty of discontent in the stands and consequently no shortage of people smugly predicting we would never see our money again – but what a trip we’ve all been on since then.

Of course, the rebuilding of the first-team squad has been widely heralded as a massive success, but it’s worth taking a closer look at what’s been going on beneath that level because there has been a huge amount of activity.

In Webber’s first season (2017/18) the club added five new Under-23 players. These included Simon Power, who is currently attracting a lot of acclaim not least for his blistering pace and has just been loaned out to Scottish Premier League side Ross County for first team experience, and Savvas Mourgos, picked up from Arsenal and doing well on loan at Dordrecht last season until a cruciate injury ended his season, and also Adam Idah, who has now joined the first team squad for pre-season

Last season saw the arrival of no less than nine new Under-23 squad members as the policy of identifying and bringing in external potential, which had already yielded the likes of Ben Godfrey, Jamal Lewis and Max Aarons before Webber’s arrival, was expanded. Included in that intake was highly rated centre back Akinlolu Famewo, who made his first-team debut for Luton Town (the club that produced both Lewis and Aarons) in 2016, and this summer has already seen five new players arrive.

However, it’s not just about the numbers, it’s about the quality of the players now coming in, with City’s new Premier League status being reflected in the class of this year’s intake.

While 17-year-old Daniel Adshead may not be a name recognised by too many supporters, he was the youngest ever first-team player at Rochdale, an England Under-18 international and last year was reportedly on the verge of a seven-figure move to Manchester United. As an attacking midfielder with an eye for goal, he has more than a passing resemblance to James Maddison at a similar age.

Under-19 international Archie Mair is regarded as one of the best young goalkeeping prospects in Scotland (admittedly a nation not known for excellence in that area…) and if he turns out to be anything like as good as City’s last goalkeeping signing from the Granite City he should do just fine.

Rob Nizet, a 17-year-old fullback from Anderlecht, is already a fixture in the Belgian Under-17 side and has this week been joined by fellow countryman Rocky Bushiri, a centre-back who has already been capped five times by his country at Under-21 level despite only turning 19 last November.

The quintet was completed by Aidan Fitzpatrick, a long time Webber target who was finally secured from Partick Thistle despite interest from Rangers and Celtic, and another player who has already played for his country at international level.

Having established a uniform style of play throughout the club, City are clearly recruiting players who are comfortable on the ball and already capable of being loaned out at a high level while pushing for first-team exposure in the not too distant future.

Actually, make that quintet a sextet, with today’s announcement that the club have nabbed Charlie Gilmour, a defensive midfielder who made his Arsenal first-team debut last season in the Europa League.

Of course, some of these players won’t make the grade at Carrow Road, either due to arrested development or injury, but I can’t remember a time when I’ve been more excited about the depth of talent coming through the youth system at Norwich.