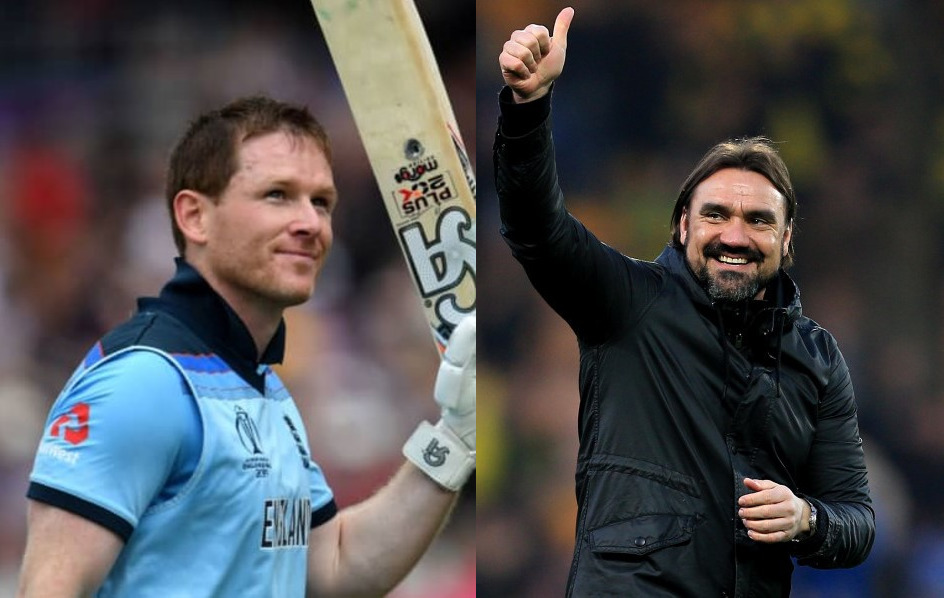 England’s Cricket World Cup wasn’t really won on that glorious, sun-baked evening at Lord’s on Sunday. It wasn’t won by that magnificent display of batting fortitude by Ben Stokes, that nerve-shredding super over delivered by Jofra Archer or that unerring pick-up and bullet throw from Jason Roy in front of the famous old Grand Stand.

It was won four years ago, in April 2015, when Andrew Strauss was first appointed as the England and Wales Cricket Board’s new director of cricket.

Strauss’ arrival was a watershed. He promptly went about shifting the ECB’s priority from its traditional Test match focus to an unequivocally white-ball emphasis, overseeing the appointment of Trevor Bayliss as head coach and mounting preparations for a four-year plan that would culminate at the 2019 Cricket World Cup.

But most importantly of all, he called on Eoin Morgan to remain as his captain.

Why is such an introduction appearing on a Norwich City fan website, you wonder? Well, in light of England’s extraordinary triumph on Sunday in a game of cricket like no other, it dawned on me that the parallels between this England one-day side and Daniel Farke’s Norwich City were in fact rather striking.

In becoming the ECB’s new director of cricket, Strauss inherited a faltering England one-day cricketing machine, a squad blighted by the presence of inflated egos and past-their-best players who slumped to a humiliating group-stage exit at the previous World Cup.

The brand of cricket was dull. The team were going nowhere. Disillusionment among fans back home peaked to a level not seen since that hapless side of the 1990s. Strauss, a revered champion of English cricket and multiple Ashes winner, knew he had a job to do.

Fast forward two years from Strauss’ appointment, and so did Stuart Webber at Norwich City. The chronology of events has been well-documented, but as we know, Webber arrived at Colney after parting ways with his successful Huddersfield model and acutely aware of the problems that would confront him.

Strauss kept the faith in Morgan despite that dismal campaign in Australia and New Zealand. Webber? While looking slightly further afield, he turned to Farke, that lovable, softly-spoken, horse-riding German who all those in City circles have now grown to adore.

The rise of both teams has been inexorable. England’s journey had more longevity; a prudent four-year strategy that saw a team continually evolve into the swashbuckling, enterprising and dynamic outfit who conquered the world in St John’s Wood this weekend.

City’s was a faster progression; a two-year transformation period that similarly saw the arrival of hungry, young talent and the advent of a style of football never previously seen in these quarters.

To track how this football club has changed over the past 24 months has become a needless task – it has already been done eloquently by many contributors to this site – but the parallels with this England 50-over side remain startling.

Think Strauss and Webber. Think Farke and Morgan. What about Jos Buttler and Emi Buendia, Jonny Bairstow and Teemu Pukki, Joe Root and Christoph Zimmerman, Max Aarons and Jofra Archer? Even Mario Vrancic and Ben Stokes – both so valuable and versatile: each player in this City team has their England equivalent in their own idiosyncratic and, slightly bizarre, way.

But the most striking similarities remain the broader themes. The vision of both teams has been admirable; progressive, innovative, bold sporting outlooks that have led the way in their respective formats and eventually achieved the ultimate goal. For England, that was at Lord’s on Sunday. For City, that sensational Sunday at Villa Park.

Both successfully reformed stalling sporting machines and executed a staggeringly effective plan. Both promoted the precocity of youth, the advent of a courageous, aesthetic style and a sense of unity that is often so absent in 21st-century sport. Both became so likeable, shutting out the noise and constructing an infectious set of players whose glory is enough to jerk the tears of those who so loyally support them.

Both have achieved something extraordinary. As an avid fan of both, I hope such triumphs only represent the beginning of their respective journeys.